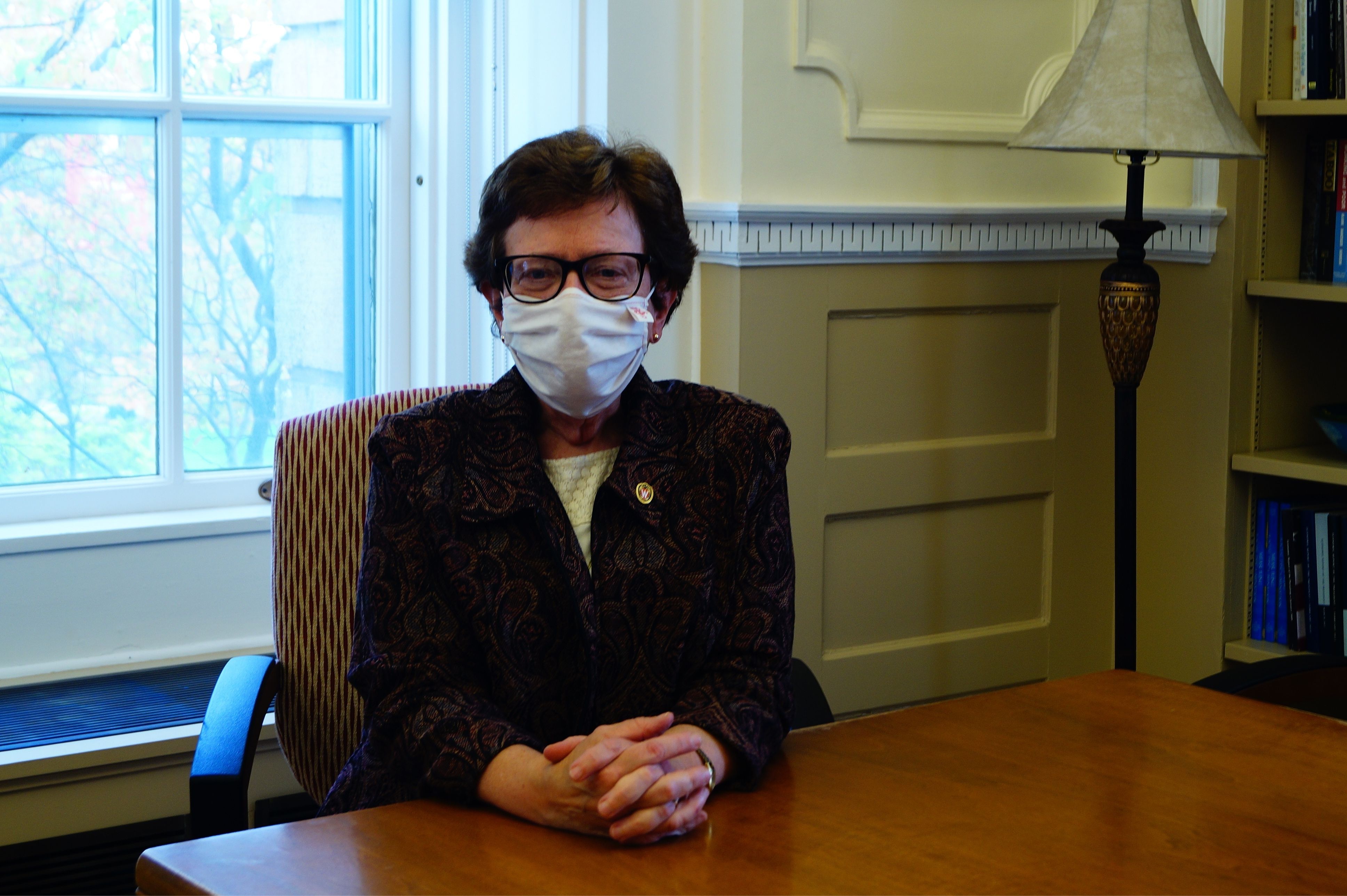 The Chancellor’s Office in the east wing of Bascom Hall has been home to Rebecca Blank for the past eight years.

Despite a few papers scattered on the floor near her desk, the office’s shelves are neatly lined with books, a small mug collection, a couple of miniature toy vehicles, and several signed footballs and basketballs reminiscent of past championship titles.

As she looked around the room, Blank pointed out the portraits of former chancellors surrounding her desk to student journalists on Friday afternoon, specifically noting a painting of former UW President Charles Van Hise and his long, white beard. She admitted her future office at Northwestern University was built in a “bad time for architecture,” and her office atop Bascom hill will be one of the many things she will miss. 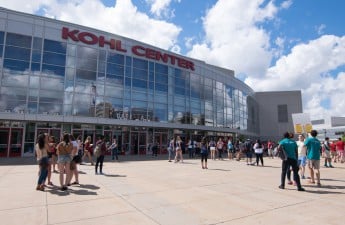 Though she will miss her office and rowdy Badger football games, Blank said it was time for her to move on.

“There is a sense after nine years in one job that you get a little stale, you know, you get a little jaded about some things,” Blank said. “And it’s been a wonderful place, but I do feel like you go through a five- to 10-year agenda, and either then you’re going to really develop a whole new agenda or it’s time for someone else.”

After Blank completes her ninth year as chancellor at the end of the spring semester, she will bid goodbye to UW and head to Northwestern where a new office and title await her. Blank announced her departure on Oct. 11 — complete with a tradeoff from a red blazer to a purple one in press release photos.

She told student journalists from the Black Voice, The Badger Herald and The Daily Cardinal she was excited for the new opportunities to come from running a smaller, private university. Blank said she is “tired of fighting the same fights,” specifically with the Wisconsin State Legislature.

“I’m gonna learn things there that I’m not going to learn here,” she said. “There’s no question that some of the challenges that this university faces are around the constraints the state imposes upon it. We are deeply micromanaged by the state.”

Though her tenure has been riddled with challenges, Blank said the past year has been particularly difficult. Blank said it was a “really bad fall” — one with calls for classes to move online as cases rose and COVID-19 outbreaks that led the university to shut down two residence halls.

Blank said navigating COVID-19 on campus after the dorms locked down became easier, but she said it was still a “very difficult” situation.

“I would say everyone — students, faculty and staff — just because of the pandemic, they were grumpy, life was uncertain,” Blank said. “It wasn’t clear whether we were going to be online or in-person at any given time.”

On top of tackling COVID-19, the fall semester rose from a summer of nationwide protests demanding racial justice, with a number of students, particularly BIPOC students, coming off of what Blank described as an “incredibly painful summer of activism.” 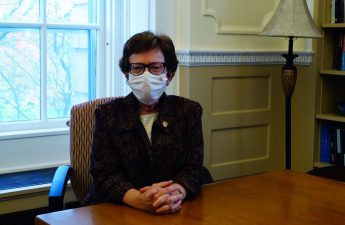 This frustration and pain peaked at the start of the academic year, culminating in tensions between the UW administration and student groups. Blank said UW’s relationship with Associated Students of Madison last year was an exception to how it is in a typical school year.

She added, “in [her] defense,” ASM passed several “incredibly critical” motions in the first few weeks of September with little to no conversation with the UW administration, which she said set the tone for the rest of the academic year.

Blank said she regrets not having a regular level of communication with the various student groups that raised concerns about racial justice and equity initiatives at the university last year, which she feels was complicated by a lack of connection due to the limitations of meeting on Zoom.

Several student advocacy groups, such as the BIPOC Coalition and ASM, said they had difficulties meeting with Blank and other UW administrators last year. They claimed the lack of communication inhibited progress on their demands.

As Blank acknowledged that past years’ problems are not entirely resolved, she claimed some student groups had little interest in talking and were “mainly just mad” and “wanted to protest.” She is still proud of some of the progress the university was able to make through conversations.

“I really regret that it was a year unlike any other year I’ve ever had,” Blank said about working with students of color to meet their demands amid the pandemic. “I wish I could tell you exactly what we could have done to make that year different. I honestly don’t know what that is. It was just a hard year.”

Blank said some of her proudest accomplishments over her tenure have been the Bucky’s Tuition Promise and this year’s record-breaking class in terms of size and diversity. The 2021-22 freshman class has the largest number of students of color in the institution’s history, with students of color comprising 25% of all enrolled first-year students.

Blank touted her work on cultivating a meaningful partnership with the First Nations in Wisconsin, pointing to the establishment of UW’s first tribal relations director — Aaron Bird Bear — and an increase in the university’s Indigenous student and faculty population due to departmental efforts. 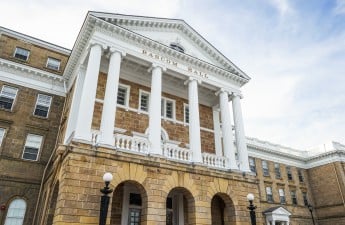 Blank is also proud of getting the university on a financial path of stability, she said. Through the Raimey-Noland Campaign, named after the first Black woman and man to graduate from UW, the campaign is currently fundraising money to promote diversity and equity in every department and within each program level at the university.

Before she leaves, Blank hopes to complete some hiring to fill some open positions at the administrative level — specifically for the Dean of the College of Agriculture, Kathryn VandenBosch, who announced her retirement at the beginning of this fall and the Vice Chancellor of Finance Administration position, which was vacated by Laurent Heller last semester. She would also like to kickstart a few private and public developments she said she has played a role in for the last three years.

Blank hopes the committee searching for her successor will ask candidates about student life, students of color and sustainability. While she is unsure who will be the next person at the helm of UW — or if Bec-Key Lime Pie will still be around when she’s gone — she is excited about new ideas and unique solutions, and she hopes the new leadership will “build on what’s been done.”

“It’s not my job to give very much advice to my successor,” she said. “They get to figure it out on their own.” 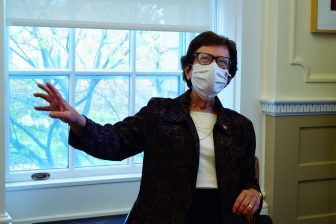