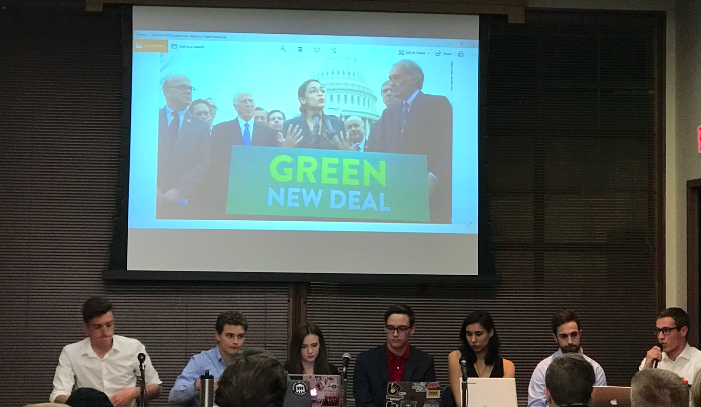 University of Wisconsin’s chapter of the Alexander Hamilton Society and the Political Science Student Association hosted a panel of various political views to discuss takes on the Green New Deal and the issue of climate change Tuesday evening.

The majority of the panel agreed that individual responsibility is a key component to solving the issue of climate change, but they disagreed on the role the government should take in the issue.

Both Streu and Anderson agreed that people should not depend on governments to solve climate issues, instead, more responsibility should fall on individuals and the private sector. 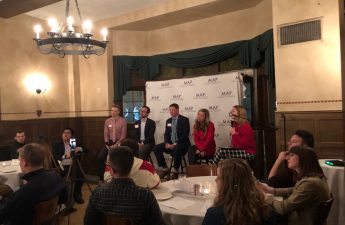 “Government is never going to be the answer because generally with one problem they solve, there could be five more problems they create that are often seen at the time,” Anderson said. “I think that as individuals, we all care about this. We need to be enacting this ourselves. Through the private industry, we can come about a greater and faster change than anything compared to a large bureaucratic body.”

Along those same lines, Mueth said it was not a wise decision for the government to channel most of its financial resources and attention to the issue of climate change while other problems faced by American people persisted.

On the other hand, Pelikan said the solution to climate change needs to come through the government because the private sector is not solving the issue at this time.

“If you are not willing to come to the table and solve this crisis, then you shouldn’t be in the public office because this is the biggest issue facing America today,” Pelikan said.

Verhoff added that bipartisanship is the key to achieve long-term solutions to climate change.

“We need more bipartisan support,” Verhoff said. “It shouldn’t be proposed solely by one party. It needs to be across the aisle. We need to compromise on some things.”