The Mary K. Rouse & Roger P. Bruesewitz Beyond Bars Scholarship Fund will provide financial support to students in pursuit of an undergraduate degree, with preference to those who have been incarcerated or are currently incarcerated.

According to University of Wisconsin-Madison News, the scholarship fund was started by former Dean of Students Mary Rouse in 2019 to honor the legacy of Roger Brusewitz. Brusewitz was imprisoned for 12 years before enrolling at UW-Madison in 1973. He graduated in 1975 with honors and a degree in journalism, going on to become a copy editor at the UW Law School.

UW-Madison News said Rouse was a mentor to Bruesewitz as he transitioned from prison to college. Bruesewitz gave Rouse control of his estate when he died in 2019. In his memory, Rouse donated $25,000 to start the Beyond Bars scholarship fund. 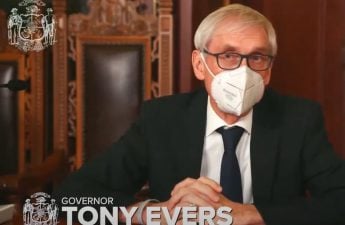 Roger “Whitey” Bruesewitz committed robbery, struggled with a heroin addiction and owned a bookstore in his early life, according to Wisconsin Watch. He was able to utilize his talents as a writer and editor after spending over a decade in prison, editing Wisconsin Real Estate Law and exploring investigative journalism.

Wisconsin Watch said Rouse also donated $50,000 of Bruesewitz’s money to the Wisconsin Center for Investigative Journalism to honor his life and legacy.

According to Madison365, Odyssey Beyond Bars is an extension of the Odyssey Project. The UW Odyssey Project, which began in 2002, offers two free semesters of a humanities course to students who live near the poverty line. The program also supplies students with child care and free textbooks. 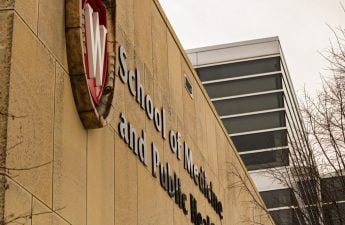 Odyssey Beyond Bars director Peter Moreno said the program expands the scope of the original Odyssey Project to serve people trapped in the cycle of incarceration and re-incarceration. Moreno said those institutionalized in the prison system often struggle to find success afterwards.

According to the Center for American Progress, only 6% of incarcerated individuals have access to college-level education. Federal and state prisons have far lower numbers of high school and college graduates than the general population, suggesting low rates of education correlate with higher rates of incarceration.

Half of incarcerated citizens released from federal prisons are arrested within eight years. For those without a high school degree, the recidivism rate is 60.4%. On the other hand, inmates who participate in educational courses in prison are 43% less likely to return to prison.

The Center for American Progress also found state and local governments spent three times as much on prisons as they did on public schools between 1979 and 2013.

With increasing vaccine rollout, experts concerned about rushed return to pre-pandemic behaviorDespite the Wisconsin vaccine rollout ranking near the top across the Midwest for COVID-19 vaccine distribution and administration, University of Read…

UW Law School associate professor Kenneth Streit said while he agrees with the goals of the Beyond Bars Scholarship fund, multiple factors aside from education influence whether or not a formerly incarcerated person finds economic success later in life. For instance, Streit said an unstructured environment and a lack of a mentor figure increase the likelihood of recidivism.

In the 1980s, Streit said he conducted a study on prisoners which found age at the time of release was the best indicator of an inmate’s success after prison.

“The study determined that, by far, the number one predictor was whether the person was at least 25 years old at the time of returning to the community,” Streit said.

Ex-Incarcerated People Organizing director Jerome Dillard said he was wrapped up in the crack cocaine epidemic which devastated the Black communities of Chicago.

Dillard said he did time in three different prison systems, including a Wisconsin state prison.

“In that time I spent in the federal prison, I just witnessed busload after busload of young, 18, 19, 20-year-olds coming into that prison with 25 years for drugs,” Dillard said. “I just felt that it was a form of genocide. The age they were coming in was just disturbing to me.”

Dillard said those who obtain a post-high school education are 97% less likely to return back to prison after being incarcerated.

“It’s been my message, something I’ve always said to young men: you have to do the time, so turn your cell into a classroom and really let’s get educated,” Dillard said. “It will help you when you return.”

Dillard said the government cut Pell Grants for prisoners in the 1990s, making it hard for them access education.

Dillard commended the Odyssey Project and said the organization ran a highly successful program in his view.

“So many formerly incarcerated people have graduated from Odyssey, and they can go to the university at no cost when they complete the Odyssey program,” Dillard said. 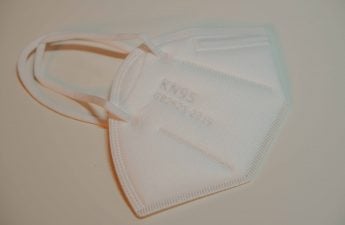 Dillard said he believes the American criminal justice system serves to punish as opposed to rehabilitate, and that out current incarceration system has hit Black Americans particularly hard.

“The racial disparities tell us that we’re targeted within [the criminal justice system],” Dillard said. “And there’s tremendous consequences once you’re in that system.”

The ACLU reported one out of every three Black males can expect to go to prison at some time in their life.

Wisconsin’s incarceration rate for Black males is higher than almost all other states. According to NPR, 12.8% of Black men in Wisconsin are currently in state prisons or jails.