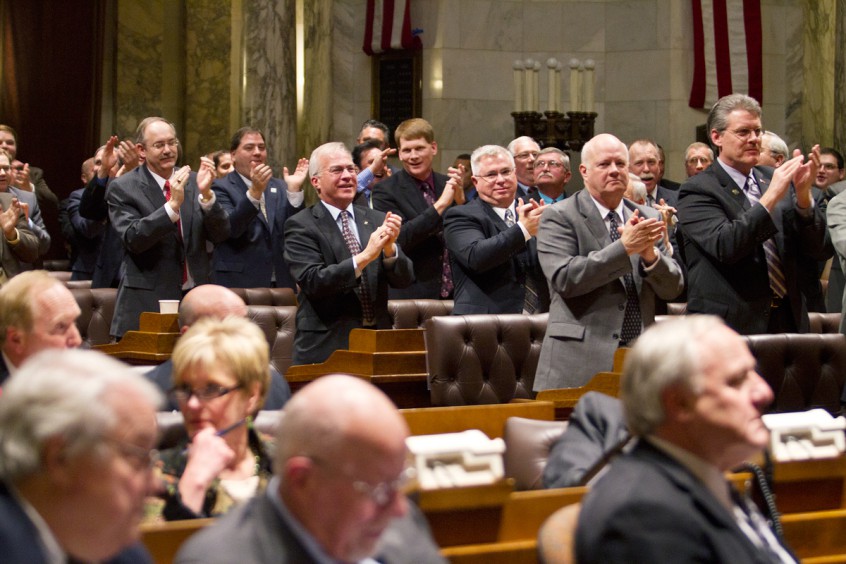 Wisconsin's new Legislature will tackle a number of issues likely to be controversial in spite of new promises of bipartisanship. Partisan divisions have plagued the Assembly and the Senate.

In 2021, Wisconsin elected the highest number of female lawmakers to its state legislature in history.

According to the Rutgers Eagleton Institute of Politics, there are 41 women currently serving in the Wisconsin legislature, which will constitute about 31% of the state’s lawmakers over the next two years.

Kathleen Dolan, a political science professor at the University of Wisconsin-Milwaukee for over two decades, said women are underrepresented at every level of elected office in the United States.

Fall primary outcome results in increased representation of minoritiesWisconsin’s legislature is expected to become more diverse after the fall primary results released Aug. 12. The representatives from the Read…

“Every two years in the United States, it is the case that we generally see more women running for office, more women winning office,” Dolan said. “So we are on a trajectory that has been increasing the number of women in office, but that evolution is slow.”

Dolan said a primary explanation for women’s underrepresentation is that women do not run for office at the same rates men do because of historical laws and societal expectations.

According to Dolan, in Wisconsin’s last three election cycles, the percentages of women in office were around 25%, 27% and 26%, respectively.

Powell said even with the record number of women serving in government, it does not accurately reflect the relative demographic population nationally or in Wisconsin.

“In some sense, Wisconsin is sort of middling in terms of state legislatures. Wisconsin ranks 22 out of the 50 states, so slightly above average but we’re nowhere near the record level,” Powell said. “Nevada actually has a majority of women in the state legislature so we’re nowhere near that level, but we’re also not at the very bottom of the list either.”

According to Dolan, the women who run for office at any level are overwhelmingly more likely to be Democrats than Republicans. Of the total women in the Wisconsin State Legislature, about 66% of them are Democrats.

“It’s much harder for women to come through one side of the equation than the other. We’re never going to be able to get to parity really unless women in both parties have robust opportunities to run for office,” Dolan said. “But if we don’t have enough women running as Republicans, women aren’t going to be able to be successful in places where Republicans are successful.”

Dolan said there are generally more women in legislatures in more Democratic places and Republican-dominated states have the lowest levels of female lawmakers because, in her view, women have fewer opportunities in the Republican Party.

Dolan also said the number of women in each respective party can determine the influence those female lawmakers have in the lawmaking process.

According to Dolan, when Republican women are elected, they are likely to align with the existing Republican majority in the Senate and there is less of a chance they will bring in a distinct or new perspective.

Powell said politicians tend to emphasize issues they have experienced personally. With more women in office, legislation could see more changes that may have been previously overlooked by male counterparts.

“Things like breast cancer research that may have been underfunded or domestic violence legislation or childcare support for working women,” Powell said. “It’s really not that men can’t and haven’t represented those issues, but those are sort of things that may get additional consideration because women just have personal experience with them, which is certainly natural.”

Dolan said the number of women in office will continue to increase with the number of female candidates running for office because evidence shows that women are elected at the same rates as men. Women are not more likely to vote for another woman if the candidate is outside of their respective political party.

Powell said the current record number of women in the legislature is a point of pride but women are still dramatically underrepresented relative to the population demographic.

“It’s a time to take pride in how far we’ve come, but [it’s] also a good opportunity,” Powell said. “Looking at the amazing population of undergrads, these are things that you all can change and run for office. It sounds big and scary but these are things that people do every day. I would hope to see lots of Badgers come on to run for Congress, male or female.”