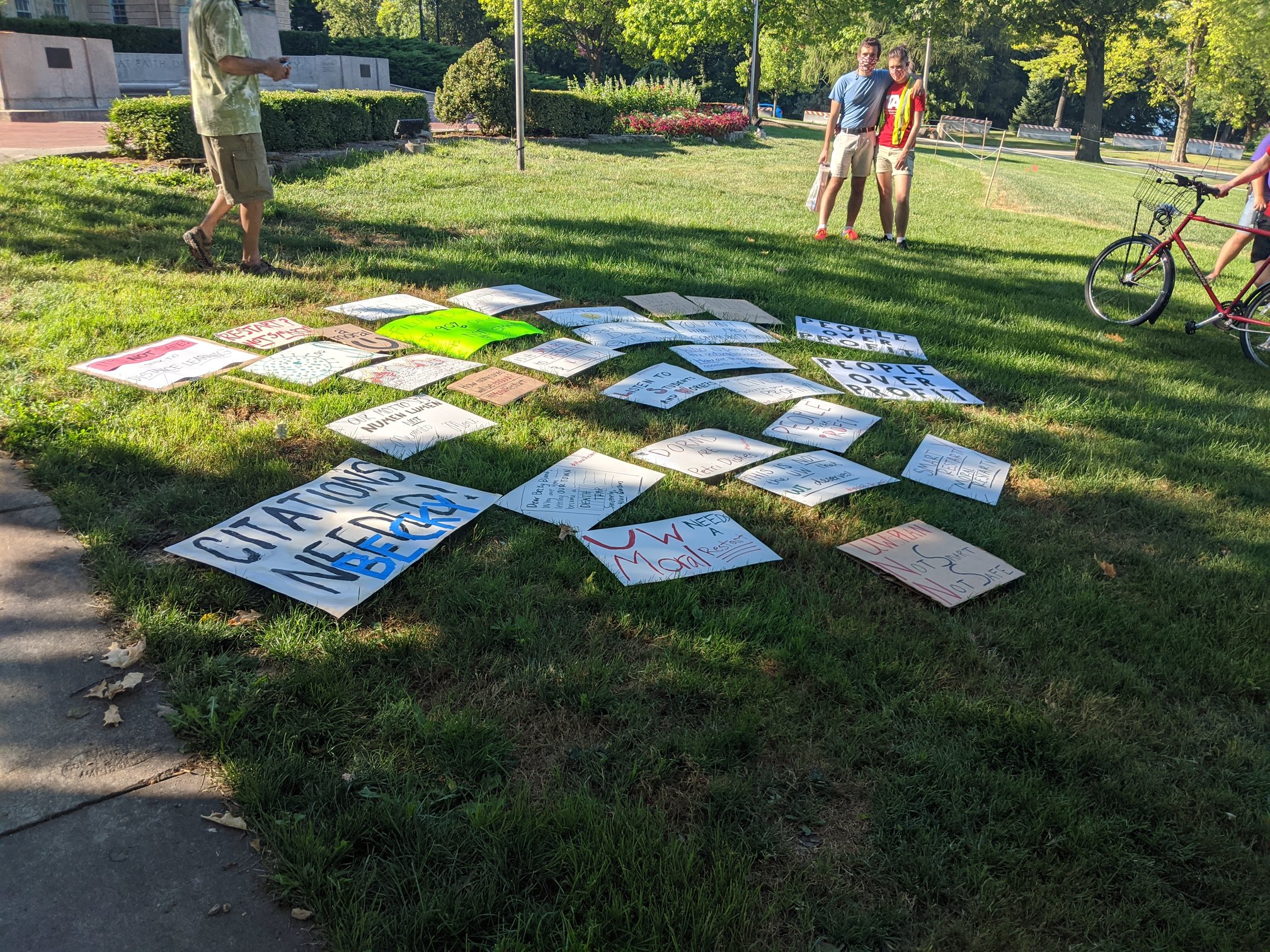 With less than a month before school starts and with new COVID-19 cases reported every day in Dane County, thousands of undergraduates started moving into dorms at the University of Wisconsin-Madison this week, with thousands more returning to apartments off-campus.

As the days before school count down, faculty, TA and other campus worker concerns continue to rise, manifesting in a protest on campus last week.

Under UW’s new Smart Restart plan, most students will take a mix of online classes and classes with some in-person component. Generally, large classes are entirely online, while many smaller classes will have some in-person instruction, with social distance measures in place.

Individual campus departments took charge in figuring out which of their classes students will take online versus which students will take in-person, according to Hannah Eldridge, a professor of German Studies, but with the caveat that UW wanted roughly half of all classes to have an in-person component.

Eldridge is a member of the United Faculty and Staff at UW. Made up of about 180 UW faculty members, Eldridge said UFAS fights for the interests, safety and rights of faculty. UFAS, along with four other unions on campus — the Teaching Assistants’ Association, the Building Trades’ Council and two divisions of the American Federation of State, County and Municipal Employees — make up the newly-established University Labor Council.

The ULC released four demands for safe in-person instruction, and faculty, TAs and campus workers came together to support these demands during Friday’s Moral Restart Rally, held on campus. During the rally, protesters followed strict social distancing guidelines, and every time more than 25 people joined the march, they splintered into different groups to limit exposure. 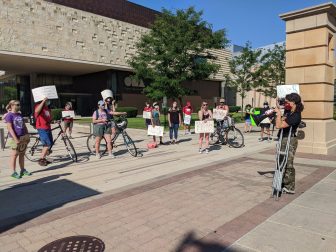 Miranda Alksnis works as a teaching assistant in the English department, and she’s a member of the TAA. Alksnis said the second demand, making sure everyone is fairly compensated if instruction shifts entirely online, ensures that the university, with it’s multi-million dollar endowment, doesn’t unfairly burden already underpaid workers. Especially because, Alksnis said, the COVID-19 pandemic already disproportionately affects minorities.

“We have an opportunity as a council of unions … to act together,” Alksnis said. “We have to do that because it’s going to take everyone to protect the most marginalized people on our campus from this sort of disastrous plan.”

One of her biggest concerns, Eldridge said, is the fact that the university said they consulted students when building their Smart Restart plan, but after ULC put in an open records request, they found no evidence of any surveys or attempts to poll student opinions on reopening.

“We are doing everything we can to reduce health risks for students, staff and faculty. Our plans are informed by the latest science and public health information,” Reesor’s email read. “We are carefully monitoring the recent rise of COVID-19 cases within Dane County and the state of Wisconsin. We’ve started to see some improvement of those numbers within Dane County in recent weeks and are keeping in close contact with local officials on these trends.”

In an email statement to The Badger Herald last week, UW Spokesperson Meredith McGlone said that while right now they’re not planning to switch to fully online instruction, UW is prepared to do so, if they believe they can no longer support their students and employees on campus.

When it comes to reducing COVID-19 prevalence off-campus, a recent email sent to students from Dean of Students Christina Olstad mandates students follow public health guidelines when off-campus, with the threat of disciplinary action for those who do not comply.

For students planning on returning to campus, Eldridge said the best way to support their instructors is by, if possible, taking their classes online. But Eldridge also said keeping their instructors safe shouldn’t really be the students’ burden — it should be the university’s.

Alksnis said at UW, students have power because they have something the university values — tuition money. By voicing their concerns and pressuring UW officials as well as local elected officials, students can make a big difference. Alksnis said the TAA welcomes any help from students they can get. Right now, they’re working on an email campaign to petition for ULC’s demands.

“Although the university is pretending that [COVID-19] isn’t life-or-death, in some ways, we all know that it is,” Alksnis said. “What students can do now is to ask themselves, ‘what power do I have?’”

Marybeth McGinnis works as an outreach specialist at the university, so while she isn’t an instructor, she still works as an academic staff member and is a UFAS member. While she’ll do all her work remotely this semester, McGinnis said in an email to The Badger Herald she still feels it’s important to support her colleagues who must work in-person.

Aside from instructors, these may also include academic staff and service workers, many of whom she said UW already denies a living wage —  employees in trade, maintenance, food service, library services, research and many other fields.

“It is critical for students, faculty, and staff to not think in individualistic terms but instead to work together. Our issues are connected,” McGinnis said. “The pandemic, while its own crisis, is simply worsening existing abuses and inequities that existed on this campus.”