The University of Wisconsin System Board Regents approved amendments to legislation that establishes punishment guidelines for students who disrupt the free speech of others, April 2.

According to The Cap Times, these amendments clarify Chapter UWS 17, which the board passed in October. This policy requires University of Wisconsin students who have “materially and substantially disrupted the free speech of others” to face punishment.

Rep. Cody Horlacher, R-Mukwonago, who helped draft the amendments to Chapter UWS 17, said the consequences will be set after two or more complaints from other students and a formal hearing in front of a disciplinary panel that will determine whether or not the situation meets the requirements of a violation of free speech. The first offense will serve as a warning, while the second violation will result in a suspension and the third violation will result in expulsion, Horlacher said. 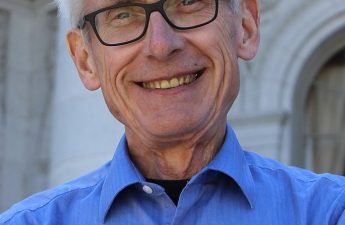 This legislation has led to vocal support and opposition from various groups, especially after the State Assembly passed a related bill that would require sanctions against students that violate free speech guidelines at all Wisconsin’s public institutions in February.

“The main goal that ASM has in being involved in this is that we think the Board of Regents should allow each individual campus to determine their own free speech that is flexible to student input because, you know, the needs of Madison’s campus versus that of Whitewater could be very different,” said Mitnick.

Mitnick said leaving the decision up to individual campuses helps ensure that the specific needs of different campuses are met and that the campuses are not generalized to be the same.

Mitnick said he was concerned over the definition of disruptive speech and how it groups all cases of free speech violations together when they should be treated as separate cases.

“Just by regulating with a stick, like, this is what is free speech, this is what’s not free speech, three-strike policy, it kind of takes the power out of students’ hands and personally, my biggest fear with that is that it could make people afraid to make their voices heard because they could fear punishment or retribution,” said Mitnick.

Chair of the Shared Governance Committee at ASM Amol Goyal also shared concerns over the “three strikes and you’re out rule” and the panel that students must appear in front of if two or more students report them for violating the free speech rights of others.

Goyal referenced an existing Chapter 17 Code of Conduct for UW System schools that already works to ensure that no student feels that they cannot voice their opinion, and said creating a new standard that may not work for everyone could lead to people getting punished when they would not have with the previous rules or vice versa.

Mitnick and Goyal also said they believed that the punishments in this legislation are too severe.

Rep. Horlacher said he supports the legislation because he believes it ensures that everyone is able to voice their opinion.

“Too often both sides, I feel, shout each other down or bully each other into not saying their piece or getting their message out,” Horlacher said.

Horlacher said there have been issues of people not allowing others to say their piece on campuses at colleges around the state. For that reason, as well as others, Horlacher said he supports this legislation and views it as a way to ensure a free exchange of ideas.

“You may not like what the other person has to say, but that’s part of living in America,” Horlacher said. “You don’t have to agree, and you can speak out against it, but do so in a respectful manner.”

When asked about students’ concerns for their First Amendment rights and their ability to protest and counter-protest, Horlacher responded that students will still be able to do so and make their voices heard, but just in a respectful way.

Additionally, Horlacher said the requirement for at least two other students to report a student for violating their right to free speech, as well as the formal panel, is a way to ensure innocent students do not face punishment.

Horlacher also said this legislation does not call for criminal sanctions against those that have violated the free speech rights of others, it simply creates a system for consequences through the school for students who do violate others’ rights.