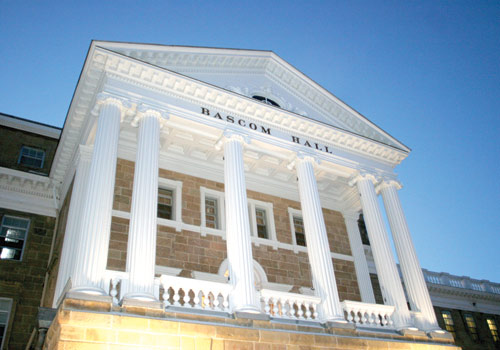 Following Gov. Tony Evers’ proposed increases to public education investment, a panel of experts gathered last week to discuss the implications of his proposed state budget for the UW System.

Evers’ budget intends to increase funding by $150 million, and includes capacity building initiatives which will fund the tuition freeze.

As for UW-Madison, these capacity budget initiatives will be particularly influential for computer science, engineering, business and nursing programs. The proposed funding for the school will primarily be allocated toward degree development, programs aimed at increasing retention for underrepresented students and initiatives that seek to increase the student capacity of high demand classes, according to the UW Madison chancellor’s office.

In the news release, UW Madison Chancellor Rebecca Blank said that the plan will positively affect UW-affiliated people of all kind.

But Evers’ plan offers more than just physical benefits. His budget also encourages students and alumni to continue supporting and living out the Wisconsin Idea.

“This plan to reinvest recognizes the potential for our students, faculty, staff and alumni to positively impact our communities around the state,” Blank said.

Other UW schools have similar goals. According to a news release from the UW System, Evers’ plan would allow UW-Platteville to foster affordable education while developing some associate degrees, UW-Green Bay to increase certain degree programs, and UW-Whitewater to create an institute of Disability Innovation and Employment.

The experts on the panel discussed these possible changes for UW-Madison in the context of the entire state, since passing this funding would require bipartisan support.

According to several experts, public perception may prove a challenge in passing funding. They pointed to the term “capacity-building initiative,” which may be misperceived as a building expansion when it is instead intended to expand less tangible services.

Jeff Buhrandt, the UW System senior director of state relations, said the focus was not on physical campus expansion, but instead an expansion of services.

Because expansion often results in an increased maintenance and construction budget, many Wisconsin residents are hesitant to support the term, especially if trends like these continue.

Graduation rates low in WI high schools, UW system could see negative effectsThe number of high school graduates in the state of Wisconsin is set to hit an all-time low since the Read…

“We’re not trying to add a lot of square footage.…” Buhrandt said. “We understand that need may not be there. Our operational budget does the same. We focus on high demand programs. We focus on student services we know are successful.”

Buhrandt cited Georgia State University as an example of successful capacity building. Georgia State’s GPS Advising uses predictive analytics to intervene when students are currently underperforming or at risk of failing in the future. Their program has helped in increasing the number of bachelor’s degrees given to African American students by 103%, and in “[wiping] out their difference in the achievement gap,” Buhrandt said.

The experts also suggested the benefits of funding public education went beyond simply benefiting each individual university — it also has implications for the rest of Wisconsin, even including residents far from the university.

“For every one dollar you put into the UW System in Wisconsin, you get $23 back for the economy and the local community,” Shankland said.

Shankland and Rep. Dave Murphy, R-Greenville, discussed the issue of connecting the benefits of funding the university to the rest of the public.

Shankland found this particularly relevant to her district, centered in Steven’s Point. She mentioned that she seeks to connect the benefits of UW-Madison research to people’s everyday, personal lives.

“It’s about serving the whole state.…” Shankland said. “When I have farmers, county board supervisors, health departments and dairy business folks in my office, I want to talk about the [CALS] research that’s happening at UW-Madison.”

Shankland said she hopes that by directly connecting higher education’s benefits to people’s lives, they will be more interested in prioritizing public education funding. This,  Shankland said, would be represented by future elected officials. 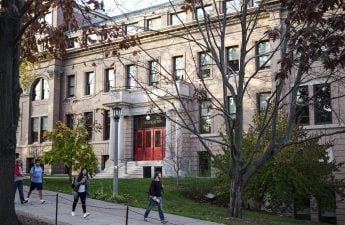 Nick Hillman, a UW-Madison educational leadership and policy analysis associate professor, elaborated on the problem by comparing short-term and long-term benefits to the public. Hillman said funding public education is a long-term benefit, as it is imperative for the future of the state.

“I think that a value proposition for universities is that we are training the medical professionals that can meet a family’s immediate needs, but at the same time are training people to be proactive and competitive so that we can maybe solve some of the really tough problems we are facing today,” Hillman said.

This budget, however, also carries a two percent wage increase for faculty members in the UW System. While this pay raise may help increase the retention of talented student and faculty in Wisconsin, it is also important to consider the salary for faculty based on other jobs as well.

“The two percent across the board may be great, but pay is something that is a free market, and we have to compete in the marketplace at reasonable salary levels,” Murphy said.

Overall, the experts, as well as university faculty, were enthusiastic about the proposed budget and the importance it may have in the advancement of the UW System.

The process to approve the state budget is still ongoing. According to the Department of Administration, the budget’s tentative completion date is July 1. To do so, however, the split government will need to come to an agreement on funding for education, amongst many other important initiatives throughout the state.

“It’s our small businesses,” Shankland said. “It’s the integrity of our community, and why many of us chose to live there in the first place. I hope we can have the conversation to find common ground.”