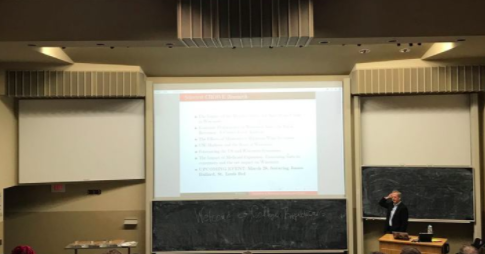 Gov. Tony Evers announced the budget he plans to introduce Feb. 28 will raise the state’s minimum wage, an issue that Noah Williams spoke about with University of Wisconsin’s College Republicans Tuesday evening.

Williams, who is a professor in the UW Department of Economics as well as an economic policy researcher, said the potential deviations in policy proposed under Evers are much different than what Wisconsin has seen in the past eight years, and thus will have impacts on the future economy.

The minimum wage in Wisconsin, which has not seen an increase since 2010, is currently set at $7.25 per hour. A $15 per hour minimum wage, which Evers’ budget proposal is moving toward will double the minimum wage. Williams says the new proposed policy could bring potential unwanted impacts to Wisconsin’s business economy. 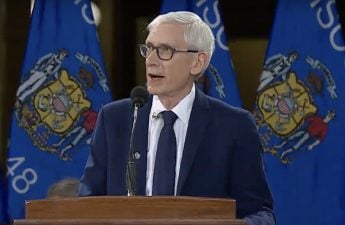 Minnesota’s minimum wage increase, which went up in phases starting at $7.25 in 2014 to what it is now at $9.75, caused a relative reduction in employment in industries with minimum wage and an increase in prices, Williams said.

“Once Minnesota started increasing minimum wage, we started to see a gap opening up in the percentage of employees in minimum wage industries such as restaurants, and by the end of last year the gap was pretty substantial,” Williams said.

According to research conducted by The Center for Research on the Wisconsin Economy, which was founded by Williams in 2017, over 60 percent of employees in the restaurant industry in Minnesota make minimum wage or less. Following wage hikes, fast food employment fell by 8 percent in Minnesota relative to Wisconsin. 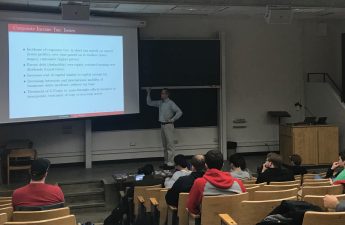 The increased wage costs employers faced have been passed on to consumers through higher prices, Williams said. The relative price of restaurant food in Minneapolis fell by 2 percent in 4 years, before the minimum wage hikes rose by 6 percent in 4 years after.

Williams noted that while Minnesota’s minimum wage only increased by $2.50, Wisconsin is looking at an increase of $7.75, which creates a lot of economic uncertainty for the future.