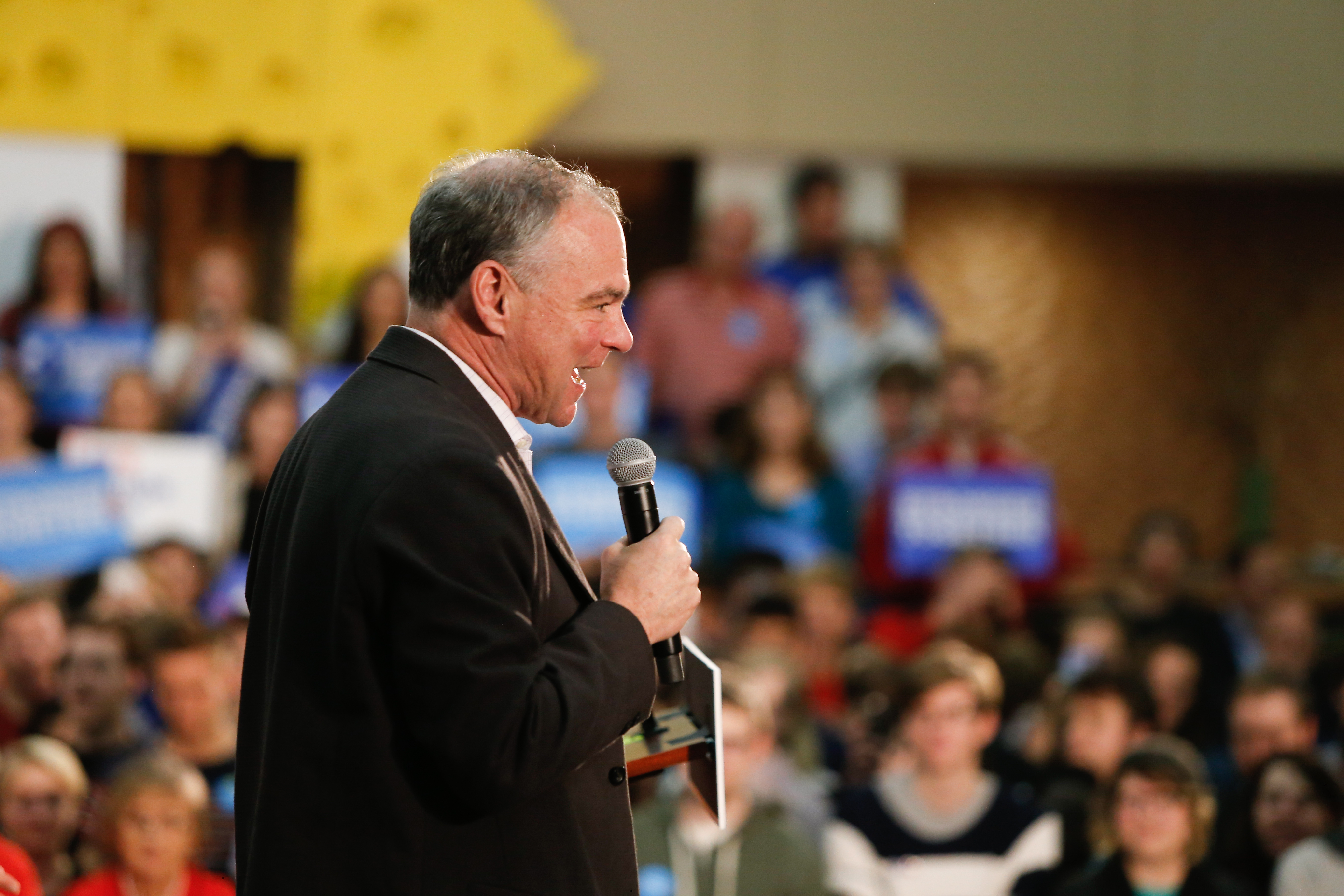 Voters, many voting for the first time in a presidential election, gathered to hear from Democratic vice-presidential candidate Tim Kaine about education and equal rights at Gordon Event Center Tuesday.

“I think it’s really cool that [Clinton is] the first female running for president, and I really want to support that,” Wartelle said.

Baldwin highlighted Clinton’s history of working with families and children, specifically concerning medical insurance. She described her own story of growing up with her grandparents, who couldn’t get insurance to pay for her medical expenses. Baldwin was nine years old with an illness similar to spinal meningitis and spent three months in the hospital.

“I know what it was like that they had to pay a major hospital bill out of their own pocket and that they had to lay awake at night, worried about the prospect of another serious illness or injury,” Baldwin said.

Though Baldwin’s name came up in discussions of who would be Clinton’s running mate, she said the candidate made “the best choice she possibly could” by choosing Kaine.

Kaine praised the nation’s highest-ever early registration turnout of 200 million citizens, 50 million of which are millennials. An estimated 23 million people have already voted.

“One of the things we really like about Wisconsin is that you do early vote,” Kaine said.

Kaine also recognized the women who have helped him in his political aspirations, including his wife, the Virginia secretary of education, campaign managers, volunteers and more.

“It’s been with the help of strong women that I’ve been able to succeed,” Kaine said. “Now I get to be a strong man supporting a strong woman who will make history as the first woman president of the United States.”

He highlighted some of the main issues for the campaign, including comprehensive health care reform, boosting the minimum wage, helping small businesses grow and supporting equal rights for women and LGBT citizens. Education has been a reoccurring topic in the election, and Kaine reiterated Clinton’s plans to support K12 education, make higher education more affordable for low-income families and allow students to refinance their debt. 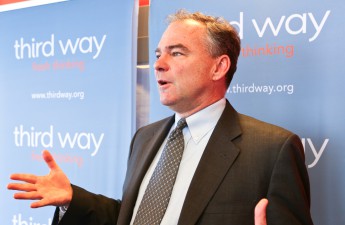 Kallie Wessel, a sophomore majoring in biochemistry, said Clinton is everything she would want in a future president. She said she appreciated Clinton’s support of women’s and LGBT rights and plans for the economy.

Freshman Diana Jong said it was inspiring to see Kaine and his supporters, particularly enjoying the opening performance of Mad Hatters, a UW-Madison acapella group.

“I actually got very emotional during some parts of the speech,” Jong said. “I’m a first-time voter at my first rally, and I loved it.”