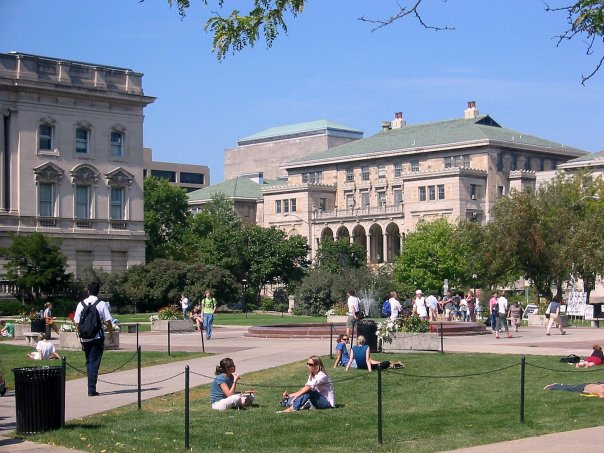 Memorial Union is finally entering its last stages of renovation, and though most people are excited for a shiny, new Union, it comes with some temporary, but heavy, losses.

By September 1 the majority of the areas in the central and east wing of the Union will be closed down, including the beloved Der Rathskeller, Memorial Union Reinvestment spokesperson Anna Johnson said.

While the German-themed hangout will be temporarily kaput, hungry Badgers aren’t out of luck.

“Though the restaurant will be closed, this will provide the opportunity to add the new sub shop, the ‘SubSkeller,’ where people can enjoy having subs and sandwiches made,” Johnson said.

People, the Terrace will have chairs this year, they are just going away a little earlierYou know those people that share Onion articles in outrage, the ones that think it’s the real news. There is another Read…

Instead of closing, some other food venues will be relocated and accessible from different parts of the Union, Johnson said.

While the Rath is under renovation, the historic Paul Bunyan Room will be used as the makeshift place to get both food and sweet treats. The Daily Scoop will be temporarily moved there, as well as the new SubSkeller, Johnson said.

The murals, which have been carefully taken down and specially preserved during the renovations, she said, will be brought back into the Paul Bunyan room as soon as the renovations are completed.

The entire west wing of the Union as well as Outdoor UW, the theater and parts of the Terrace will also still be accessible, Johnson said.

The additional renovations on the Terrace will be comparatively smaller than previous renovations. The main objective with the outdoor renovations is to make the Terrace more accessible, Campus and Landscape Director, Gary Brown said.

Outside on Langdon Street, part of the road is closed as it undergoes construction for an underground utilities upgrades in order to prepare for the Alumni Park project, Brown said.

Additionally, where the old Union parking lot was will be a new underground loading dock which will provide access for large deliveries to the Union, Red Gym, Pyle Center and Below Alumni Center, Brown said.

So, while parts of the Union will be closed during the year, it will still be up and running for Badgers and Madisonians alike to eat, drink and be merry just as they always have.

“We will be up and operating so people are welcome to come visit, study and hangout with friends,” Johnson said.