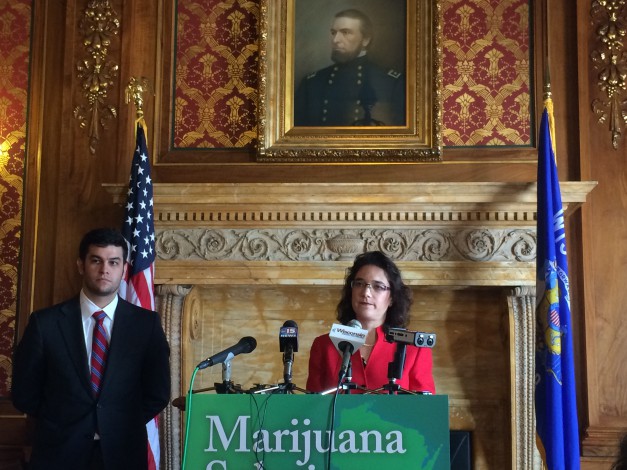 The bill was introduced by Wisconsin Sen. Mary Felzkowski and Rep. Patrick Snyder to create a Medical Marijuana Regulatory Commission under the Department of Revenue. License and certifications will be earned by physicians in order to keep regulation under control, according to a press release.

The commission would also be responsible for enforcing the law and deciding a majority of the details of the medical marijuana industry in Wisconsin, according to WiscPolitics. There are plans to have multiple options for medical prescriptions, allowing providers to give patients marijuana in the form of liquid, oil, pill and more.

In the press release, Felzkowski placed emphasis on how legalizing medical marijuana would result in further aid for those who suffer with mental illnesses.

These prescriptions will not be taxed. In fact, all earnings will go toward drug and alcohol abuse prevention, according to WiscPolitics.

It is a peculiar situation to have bipartisan agreement on a matter such as marijuana, according to David Canon, a professor of American Politics at the University of Wisconsin.

“I think the main thing that has changed is that Wisconsin has increasingly become an outlier on marijuana policy,” Canon said. “More and more states have adopted policies in the last few years legalizing the recreational use of marijuana (not just medical use).”

Felzkowski stated in the press release that 36 other states have already taken the “logical step” toward providing Americans with more options for pain treatment. For her, this bill is long overdue.

The state of Wisconsin is one of only 14 states yet to legalize medical marijuana in the United States, according to the National Conference of State Legislatures. With both parties on the same side, Canon said it is likely that the bill will be voted into law.

Currently, the bill is out for circulation, allowing representatives and senators a chance to read it over and show support.