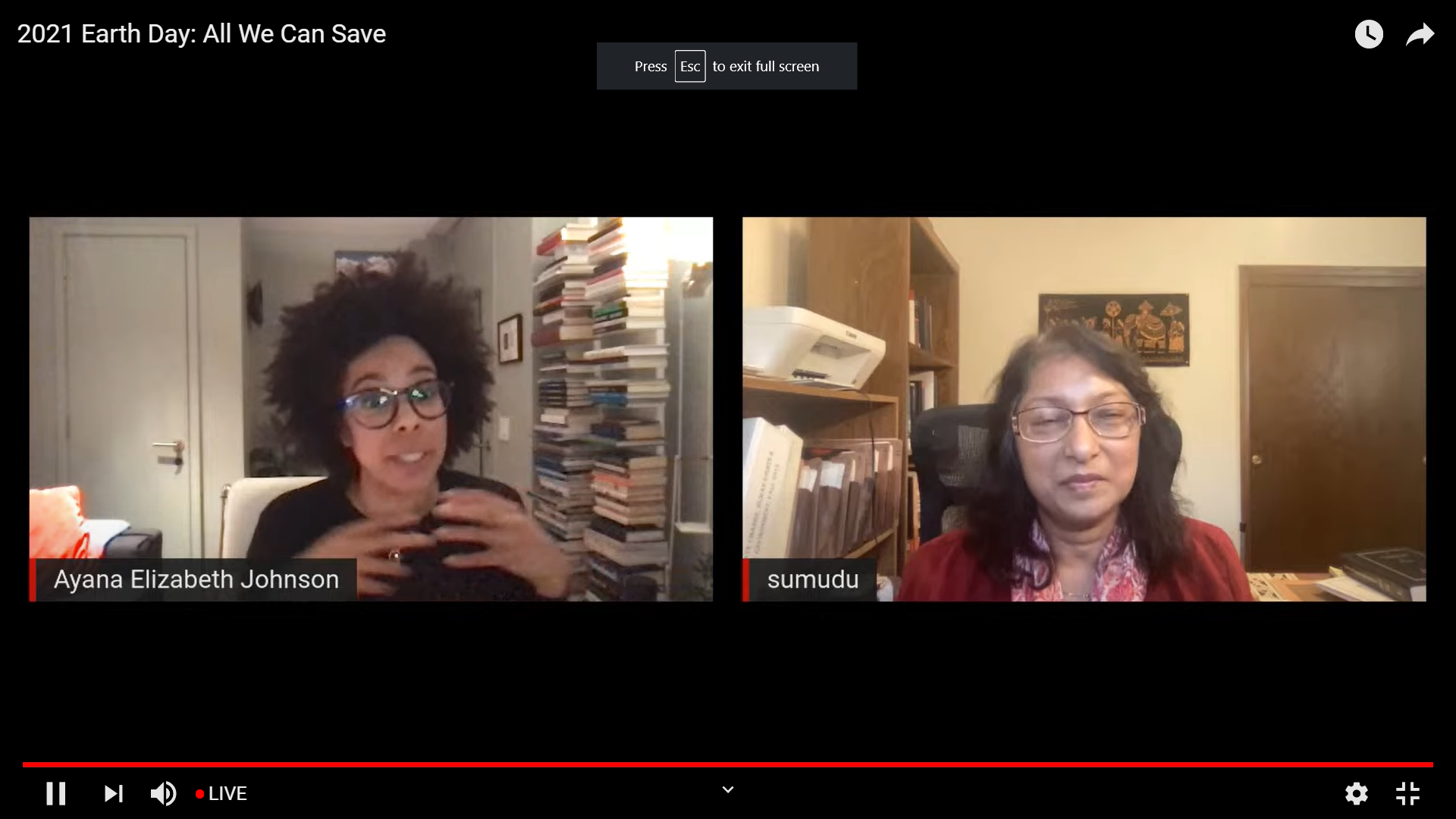 On the 51st anniversary of Earth Day, one prominent climate activist explained the importance of working together and bringing a myriad of perspectives into the fight against climate change at a Nelson Institute for Environmental Studies summit.

Ayana Johnson runs the nonprofit Ocean Collectiv and edited a recently published book called “All We Can Save,” which is a collection of essays and writings by women about climate change and conservation.

Johnson said the most important part of putting together the book was highlighting a broad diversity of ideas and thoughts, from racial and ethnic diversity to geographic diversity, age diversity and philosophical diversity.

“We wanted to put in as many different perspectives as possible,” Johnson said. “And geographic diversity in the United States as well … religious backgrounds, approaches, thoughts.”

Johnson said working at every level from community to federal and state are important and what the movement needs are strong leaders who can take the reins and are full of passion. 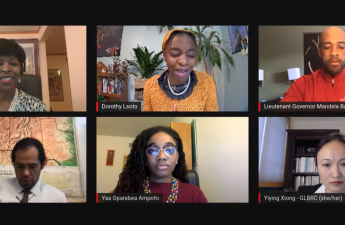 While much of the climate conversation currently focuses on clean energy and new, more efficient technological innovations, Johnson said it’s important to also look at other strategies to combat climate change for completely holistic reform.

“Technology, yes, is useful. We absolutely need clean electricity standards, we need more protected areas, we need more support for regenerative agriculture, all these things that can happen at a federal and state level,” Johnson said. “We need to get from a fossil fuel economy to a regenerative economy. We need to change everything.”

Johnson said when fighting climate change, it’s important to frame the issues differently depending on the stakeholder whom you’re seeking support from, in order to reduce polarization and use a straightforward, practical approach.

Because her book has a wide variety of perspectives and approaches to fighting climate change, Johnson said she hopes every reader resonates with something and finds something in the writing they could do to help the environment.

“We hope that people see themselves here somewhere. Like ‘that sounds like something I could do,'” Johnson said. “So the book becomes a jumping-off point.”

For Johnson personally, her work has always been focused around oceans — her PhD is in marine biology and she’s worked heavily with ocean policy. She also contributed to the Blue New Deal, which is like the Green New Deal but focused on marine policy.

Coastal cities, Johnson said, are particularly vulnerable to climate change because of rising sea levels, but transitioning them to renewable energy can be challenging, as they can’t exactly put up solar panels, but options like offshore wind, which Biden has been pushing for, could have potential.

Johnson’s next project will be a book called “What If We Get It Right,” which explores a post-climate reform future. She said she plans on collecting interviews with prominent environmental figures and potentially collaborating with artists.

“What future do we get to have?” Johnson said. “Writing the book and researching the book will be an open-minded research experience … I’m looking at the real version of the future that we can feel and aspire towards and feel motivated to make real.”

When asked how she talks to climate change deniers, Johnson simply replied “I don’t,” as to her, doing so is unproductive and time-consuming, unless a climate denier is someone important to her whom she personally values.

Instead, Johnson said she focuses her energy on people who are ready and excited to join the fight against climate change, as that’s a better way to get things done.

“I would rather talk to that eighty or so percent than argue with people … you can’t change someone’s mind in one conversation … I’m just like ‘everyone who gets it, how do we move forward together?'”