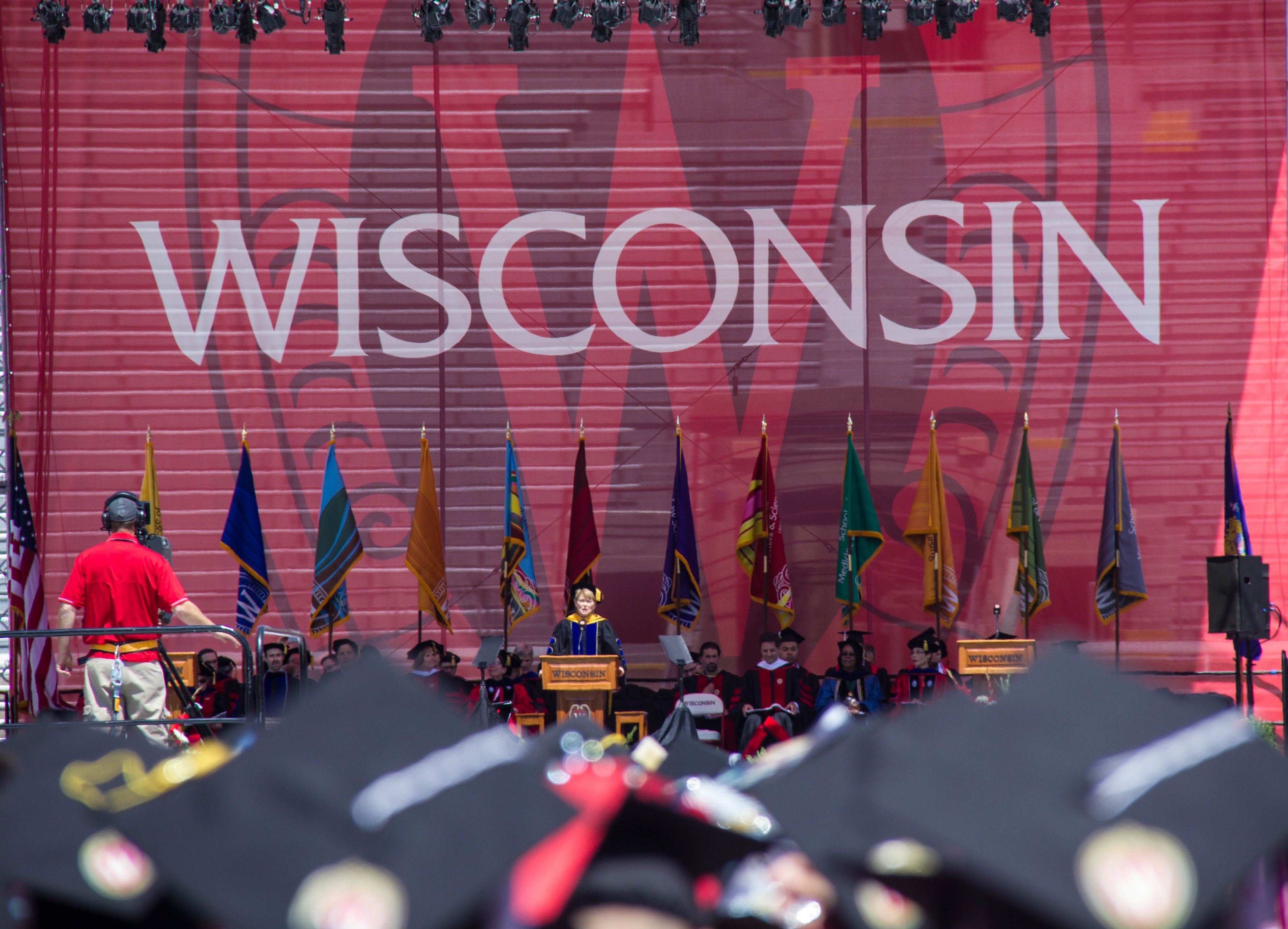 The University of Wisconsin Senior Class Office will hold elections for the SCO president and vice president for the 2021-22 school year.

The SCO collaborates with the Office of the Chancellor, Student Affairs and the Wisconsin Alumni Association & Foundation to coordinate the winter and spring commencement ceremonies, according to their website.

The student officers assist in choosing the keynote speaker, deciding the senior class financial gift recipient, planning events for seniors and advocating for the class.

The voting period for the two elected positions started March 29 and will conclude March 31. All students with more than 86 credits are eligible to vote in the election. Eligible students received an email at 8 a.m. Monday with voting instructions and a link to the online ballot.

SCO Philanthropy Chair Lusayo Mwakatika said the president and vice president play a crucial role in working with the UW administration on issues surrounding commencement, serving as the spokesperson for the senior class in various meetings with campus officials.

Mwakatika said the officers also play key roles in choosing and helping fundraise for the senior class gift, which he said normally totals $10,000 that the class donates to a campus organization or entity.

“The gift is usually selected to symbolize what was really going on and the time went through as a class,” Mwakatika said. “That will always be ingrained in school’s history.” 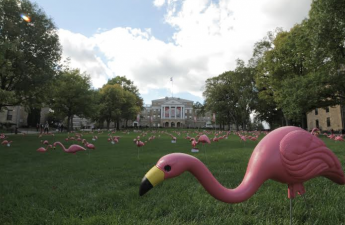 Watch the flock: Flamingos to make their return to Bascom HillWith homecoming week in full effect, the Wisconsin Alumni Association will ring in the weekend with a familiar flock of Read…

Organized by notorious campus pranksters Leon Varjian and James Mallon in the late 1970s, the Pail and Shovel Party was responsible for the legendary flamingos on Bascom Hill and the original Lady Liberty statue staging on the frozen Lake Mendota. The ticket said they will strive to throw the world’s largest toga party, place an escalator on Bascom Hill and convert Humanities into a skatepark, among other shenanigans inspired by Pail and Shovel.

With equal passions for science-based graduation policies, shared governance and the story of the Pail and Shovel pranksters, Srivastava said their ticket breaks the status quo for SCO and offers a fresh-yet-funny outlook on how the senior class conducts its affairs.

“All too often, we leave positions of leadership up for people who come from particular backgrounds or people who fit a certain mold,” Srivastava said. “But that’s exactly what I am hoping to shake up a bit because the best decisions and the best leaders come from a multitude of perspectives.”

Freemyer said a key part of their platform will be connecting Badgers with senior class events throughout the year to bring people together after a school year of pandemic challenges that kept them apart. Additionally, Freemyer said the ticket will work to select a senior class gift that lasts longer than a paycheck to leave a notable memory of the class on campus.

Freemyer said their ticket will also prioritize safety concerns involved for the winter 2021 and spring 2022 commencement ceremonies while creating the most united atmosphere possible to bring the class together.

“The announcement for this spring’s commencement being in-person with students in attendance was very popular, and I hope we can move in that direction,” Freemyer said. “Keeping the safety of everyone involved, I hope we can have a semi-normal commencement for both the winter and spring.” 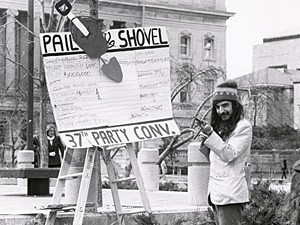 Legendary UW prankster passes, but memory lives onAs the leader of the Pail and Shovel Party, Leon Varjian’s memory will continue to live on through the notorious pranks Read…

The Badger Herald reached out to all candidates in the race, but did not receive responses from any candidates besides Freemyer and Srivastava at the time this article was published. Students can look at the complete candidate matrix to view other candidates’ qualifications and platforms.

Mwakatika said while this is one of the positions on campus that students do not know much about, the SCO elected officials do a lot of work with the university to represent their interests in key senior-oriented events.

“It’s really important for seniors to actually check out those candidates and see what the candidates believe in and what they are looking at to bring to the table,” Mwakatika said.