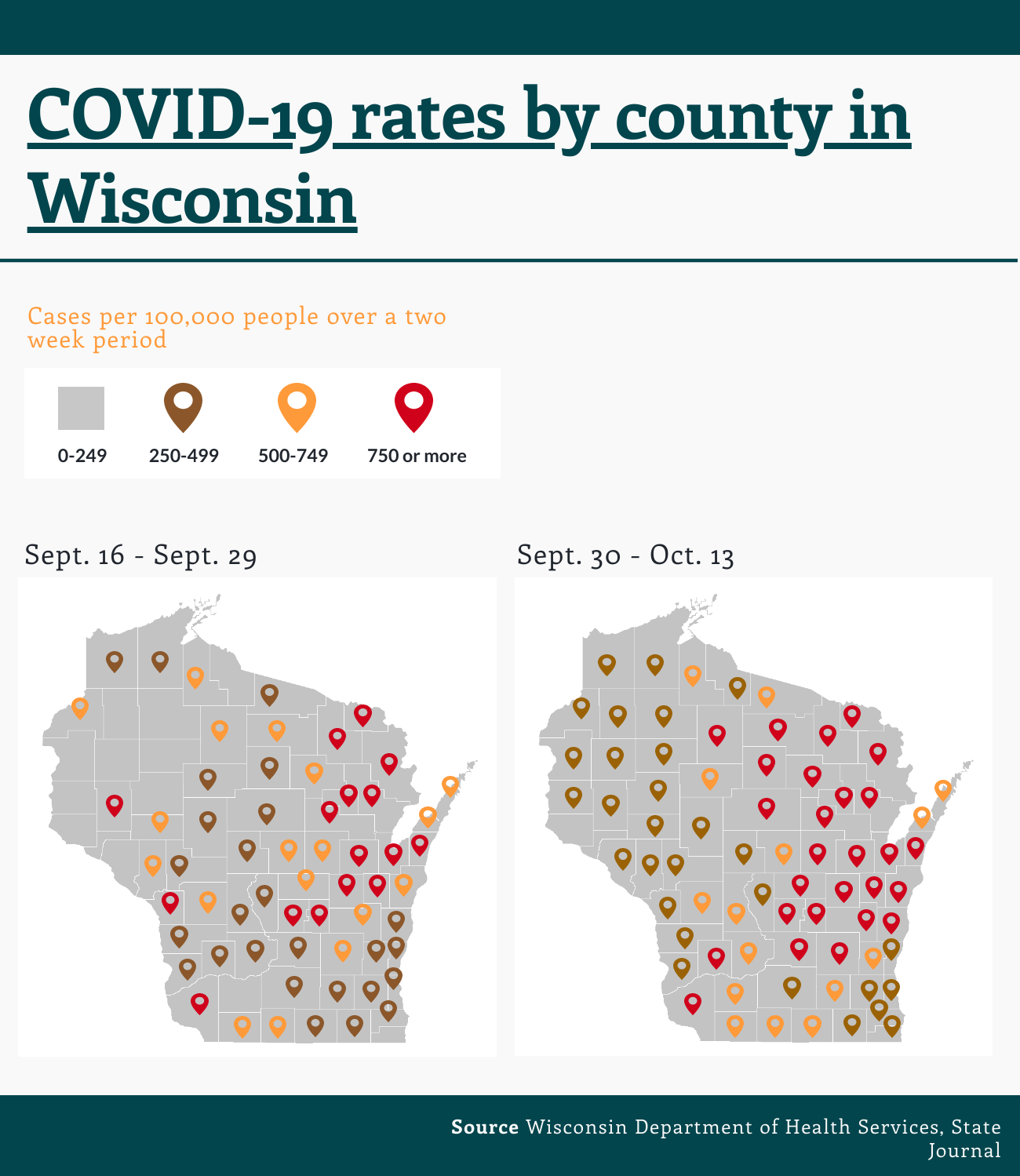 As Wisconsin surpasses the 200,000 mark for confirmed COVID-19 cases, health experts and public officials call for state-wide enforcement of existing mask policies as well as more cooperation between members of the state legislature in order to decrease the spread of the virus.

According to CBS News, Wisconsin has emerged as the country’s COVID-19 hot spot, setting records for new cases, hospital admissions and deaths. Simultaneously, health leaders across the nation are warning Americans the months ahead will be some of the hardest of the pandemic.

University of Wisconsin Health Director of Infection Control Nadia Safdar gave her thoughts on Wisconsin’s handling of the pandemic.

“Other states have also been in this surge position at some point during the pandemic,” Safdar said. “But I think once we realized that the trend was going in the wrong direction, then doubling down on limiting non-essential activities and enforcing masking aggressively should have been our priority.”

According to the Wisconsin Public Radio, despite constructive efforts by Gov. Tony Evers to extend the mask mandate through Nov. 21, some Wisconsin counties are refusing to enforce masks, claiming the policy did not pass through the legislature and was therefore null.

Safdar said without the full cooperation of state residents, the mask mandate may not be able to slow the surge.

“There needs to be a change in mindset,” Safdar said. “People feel that because we are now several months into the pandemic and we’ve been [wearing masks and social distancing] all this time, it is no longer necessary. That is a dangerous way of looking at this.”

Safdar went on to say people’s reluctance to wear masks and socially distance themselves will further increase the spread of the virus. 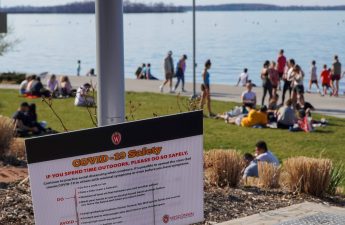 While some like Safdar accredit the surge to residents’ unwillingness to comply with mask mandates, others like Rep. Debra Kolste, D-Janesville, a former medical technician, say the politicization of the virus from the White House to the Wisconsin State Legislature has impeded policy reform and sabotaged public health efforts.

Kolste said once the virus became a division line, Republicans, at both the federal and state level, did whatever they could to negate Democrats’ proposed methods to mitigate the spread.

“We teach our two-year-olds to cough and sneeze into their elbows because it is a sign of respect for other people. Masks should not have become a political dividing line,” she said. “It’s unfathomable that this has happened.”

According to the Kaiser Family Foundation, both President Donald Trump and former Vice President Joe Biden’s approaches to the virus emphasize testing access, developing vaccines and making more medical supplies in the U.S.

A key difference, however, lies with Trump prioritizing the reopening of the economy over concern from the scientific community. This decision may impact health workers’ ability to provide well-rounded care to patients with depleted resources.

“The purpose of any health system right now is to provide care for COVID patients, as well as all the non-COVID care that the population needs,” Safdar said. “Because of the growing numbers of patients that have needed hospitalization for COVID-19, UW Health had to tweak its operations a little bit to accommodate that. Figuring out what [adjustments] must be made without harming patients’ safety or affecting patients’ outcome is crucial.”

Safdar said no drastic changes in UW operations are necessary at this point, but a contingency plan does exist in the required event.

Kolste said the upheaval within the state legislature regarding the constant resistance to Evers’ mandate has influenced some Wisconsin residents to believe they are allowed to ignore mask policies.

“As a state legislature, we should come together and support the governor in what he’s trying to do,” Kolste said. “[The legislature] has the right to come forward and help enforce the mandate, but [opposing members] refuse to do so … I think their refusal to meet and help with this pandemic is inexcusable.”

According to the Milwaukee Journal Sentinel, Wisconsin lost 25 million dollars in federal funding due to the legislature’s three-week delay in scheduling the floor sessions required to pass legislation and receive unemployment aid.

In order to mitigate the dangers of COVID-19, reduce cases and truly assist residents, Kolste said the state legislature must get past the politicization of the virus and work together throughout the following months.

“This is a really hard time for all of us,” Kolste said. “We need to stop this virus.”