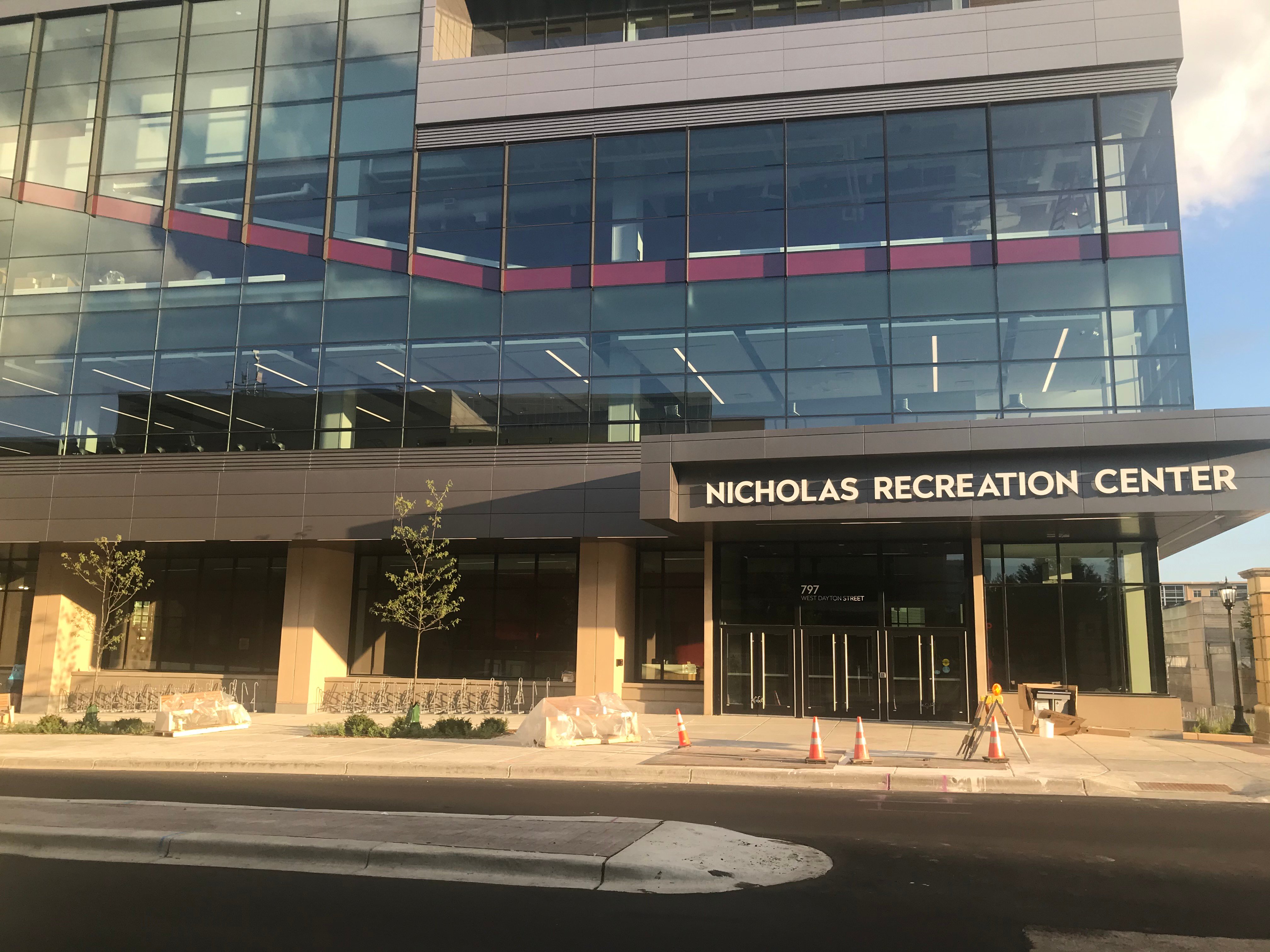 The Nicholas Recreation Center finally opened its doors to the University of Wisconsin campus yesterday after several delays.

“I was here at 6:00 yesterday morning when we first opened, and there was a line,” Khan said. “Excitement has been building for three years now since this project has started.”

After the original opening of January 2020 was delayed last fall, the Nick was set to open Sept. 14. But, the two-week shutdown of campus operations from Sept. 10 to Sept. 25 called for a delay of the opening once again. 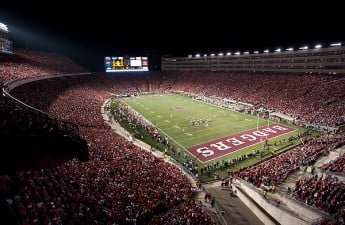 According to the RecWell website, the Nick includes 30,000 square feet of fitness space, eight courts, five studios, an Olympic size pool and more.

“When we opened the doors, their eyes lit up. It was incredible to see,” Khan said. “We’ve gotten great feedback and lots of positivity so far.”

Khan said nearly 2,100 people came through the Nick on Monday.

“I know a bunch of people who just are so excited,” Garrison said. “Now there’s a beautiful gym brought right to them. It’s so big and spacious compared to a lot of other gyms.”

In order to prevent the spread of COVID-19, the Nick is limiting capacity to 25% and masks are required at all times.

Garrison explained that as they entered, each person was given their own sanitizer bottle and towel to wipe down equipment. 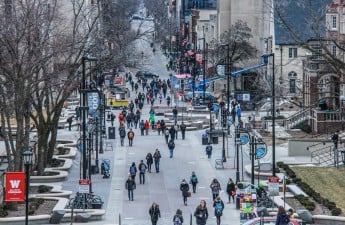 “The first thing I noticed when I got inside was that there were a lot of people making sure that we’re able to keep this opportunity going,” Garrison said. “I just appreciated everyone trying to be safe.”

Khan said he looks forward to when they can open up more of the building following the Smart Restart plan. He said students will be able to see the thought that was put into creating the views from inside and outside the Nick. Inside the building, glass paneling makes it easy to navigate between rooms, and looking out the windows, people are able to enjoy the views of the urban Southeast side of campus, Khan said.

Kahn said the process is working at 25% capacity, but he cannot wait to share the facility in its entirety with the UW community.

“This project defines what we mean by health and wellbeing,” Khan said. “This is an inspiring place.”