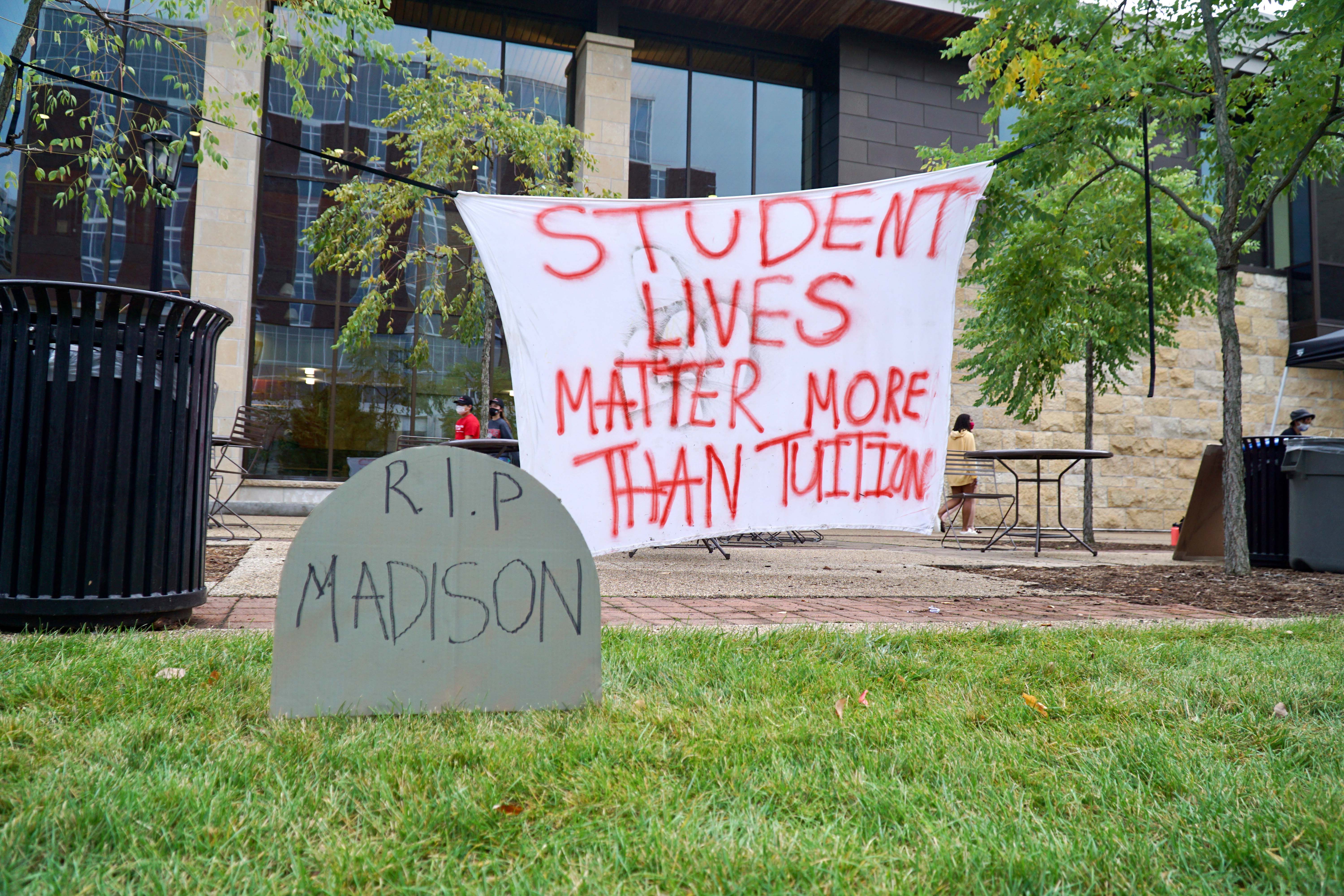 Sept. 12, around 100 University of Wisconsin students gathered in the rain to demonstrate, placing mock gravestones and a “RIP UW” sign in front of the Gordon Dining and Event Center.

“I think many of our students are beginning to wake up and realize that this issue of racism, systemic racism, police brutality isn’t specific to one city or area of our nation,” Djamal Lylecyrus, UW student and founder and operator of the BIPOCatwisco Instagram page, who attended the protest, said. “I think a lot of students are starting to realize that racism is in their home.”

In a year marked by a widespread pandemic, Wisconsinites are joining the ongoing nationwide racial justice movement — protesting the police killings of unarmed Black Americans — including George Floyd, Breonna Taylor and Jacob Blake of Kenosha. Demonstrations in Madison — historically a Midwestern center for progressive political activity and protests — have been largely driven by students at UW.

The UW community has tackled the issue from a variety of angles: students marched to prevent building a new $150 million jail in Dane County. They protested the removal of Chamberlin Rock — which formerly went by a racist connotation — and published a list of ten demands to improve the UW experience for students of color, including a call to abolish the UW Police Department and bolster support systems for members of the BIPOC community on campus. 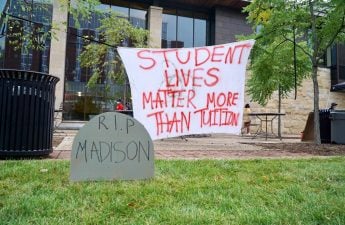 According to data from UW, students of color make up just 17.5% of the student body, a slight increase from 16.6% in the spring of 2019. The movement has been spearheaded by organizations dedicated to lifting the voices of students of color, including the UW BIPOC Coalition, LINK. Madison, the Wisconsin Black Student Union and Black Umbrella.

But as protests spread around campus, so did cases of Covid-19. Many student organizers found themselves at the center of growing dissent against UW and Chancellor Rebecca Blank over the Smart Restart plan — which many Badgers felt emphasized profits over student health. Many would prefer a floated alternative, known as the Moral Restart plan, which would include a shift to 100% online instruction for the fall semester and engagement of anti-racist policies by the university.

“This movement is completely just to spread love and positivity and to fight for our brothers and sisters that have faced many, many injustices,” Lylecyrus said. “Not only that, but to fight the university on COVID-19 and how horribly and irresponsibly they are handling that as well.” 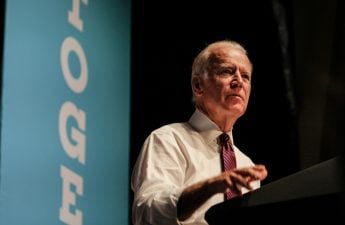 The UW community has made some progress in fighting for a more inclusive university — but there’s still a long way to go. Blank promised to remove Chamberlin Rock — though it still remains on display — and has permitted student-athletes to don a black “W” on their uniforms.

However, students like Rykia Amos describe the administrative response to demands for substantive policy changes at UW as largely symbolic.

“I definitely feel that it is 100% performative,” Amos said.

While acknowledging their goals have yet to be met, students involved in the push for greater equity at UW do note a definitive shift in both campus and city culture.

Several activists pointed to a generational divide between themselves and their parents who perceive protests as perilous and aggressive. A student who wished to remain anonymous said her mother and father disapproved of her attending protests out of fear for her well-being.

“The protests are definitely not violent and people are just trying to express their thoughts on these matters,” Associated Students of Madison Chair Matthew Mitnick said. “I think it’s really important for the UW administration to realize that not all students support how they’re running things.”