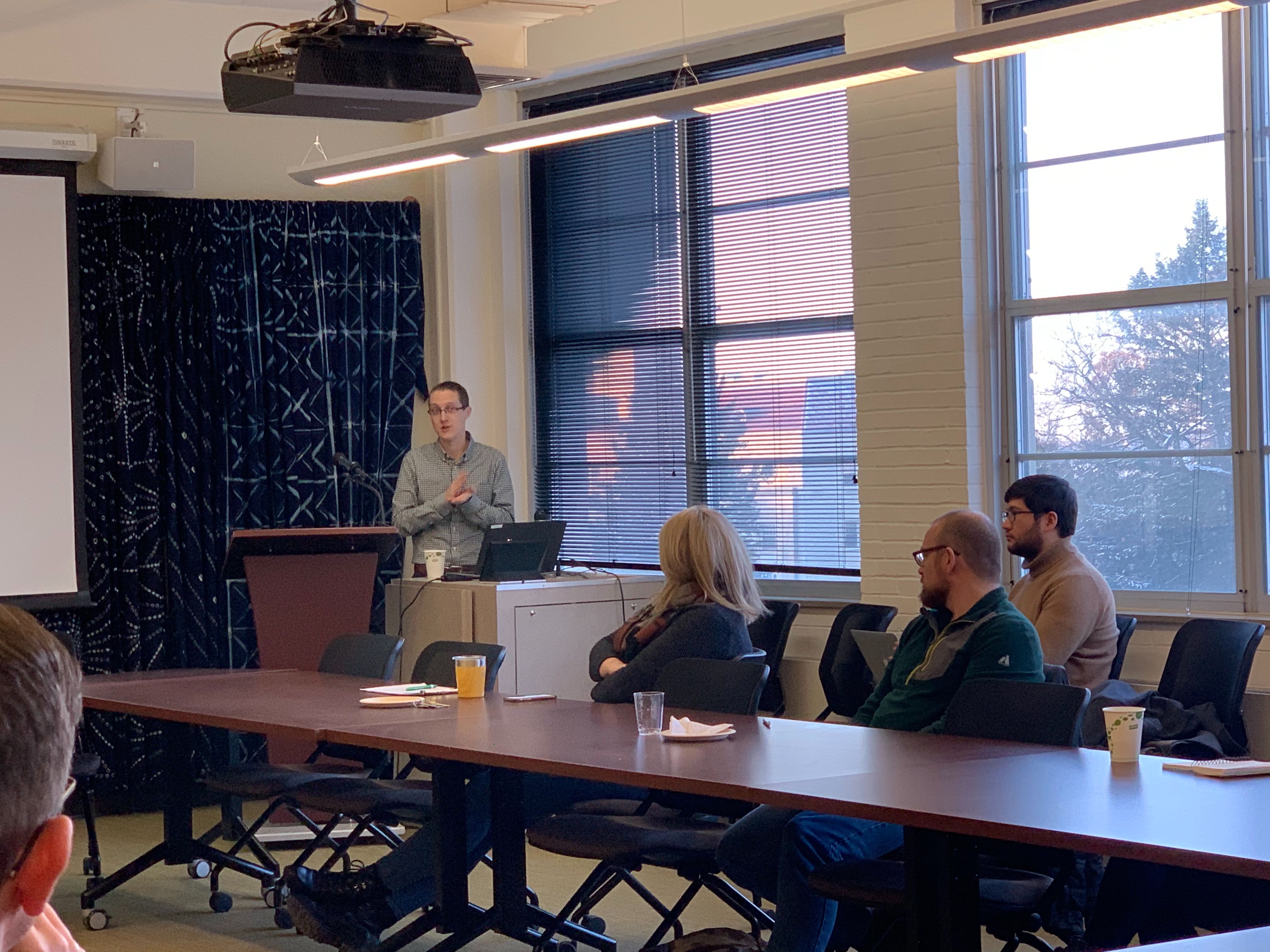 A University of Wisconsin research fellow gave a talk on using election forensics to detect and explain election manipulation in Russia and Ukraine Thursday.

Harvey said political parties use a wide variety of tools to bias election outcomes such as falsification, vote buying and voter pressure. He said traditional methods used to detect election bias tend to have limitations including bias in data collection—domestic observers more likely being in competitive areas and government imposing limits on media freedom.

Harvey’s research focuses on a field of election forensics which came to the scene 10-15 years ago. Harvey said ‘election forensics’ refer to a family of statistical tools used to find patterns in election results that would be unlikely in a clean election.

Harvey said these processes use objective data and more importantly, experts can disaggregate results from a non-national election to the subnational level. Then, they can see which specific area elections have been manipulated.

“My argument is that these tools are really important but they should be thought of as complements to the traditional methods of reporting not supplements,” Harvey said.

Harvey’s theory aims to explain both the severity and the type of election manipulation that governments or parties can generate based on two factors—patronage consolidation and local political dominance or risk.

Harvey explained patronage as a pyramidal network of people with a small number of people at the top who control access to jobs, rent seeking opportunities and regulatory favors. They distribute these benefits down the pyramid in exchange for political support coming back.

“My argument is that it’s not so much about whether or not a party has a lot of resources but how consolidated the control over patronage resources is under the influence of one party or one candidate, one family, one clan whatever the case may be,” Harvey said.

Impeachment: What you need to know, what Republicans need to doThe most difficult thing for much of the American public right now is to formulate a stance on the impeachment Read…

Harvey explained local political dominance or local political risk as how much the party dominates politics on the local level. He said there’s a level of risk someone might run into if they engage in election manipulation and the likelihood that their patrons can protect them from punishment.

The opposite relationship was seen when it came to the absentee coefficient which is the measure of vote buying or vote pressure, Harvey said. As patronage consolidation increases, people want to engage in manipulation more.

Harvey said he hopes people understand there are ways to combat election fraud.

“What I hope the takeaway is that these are really important tools that [are] complements to traditional election observation methods,” Harvey said. “They can help us evaluate the integrity of elections in a comprehensive, relatively unbiased way.”