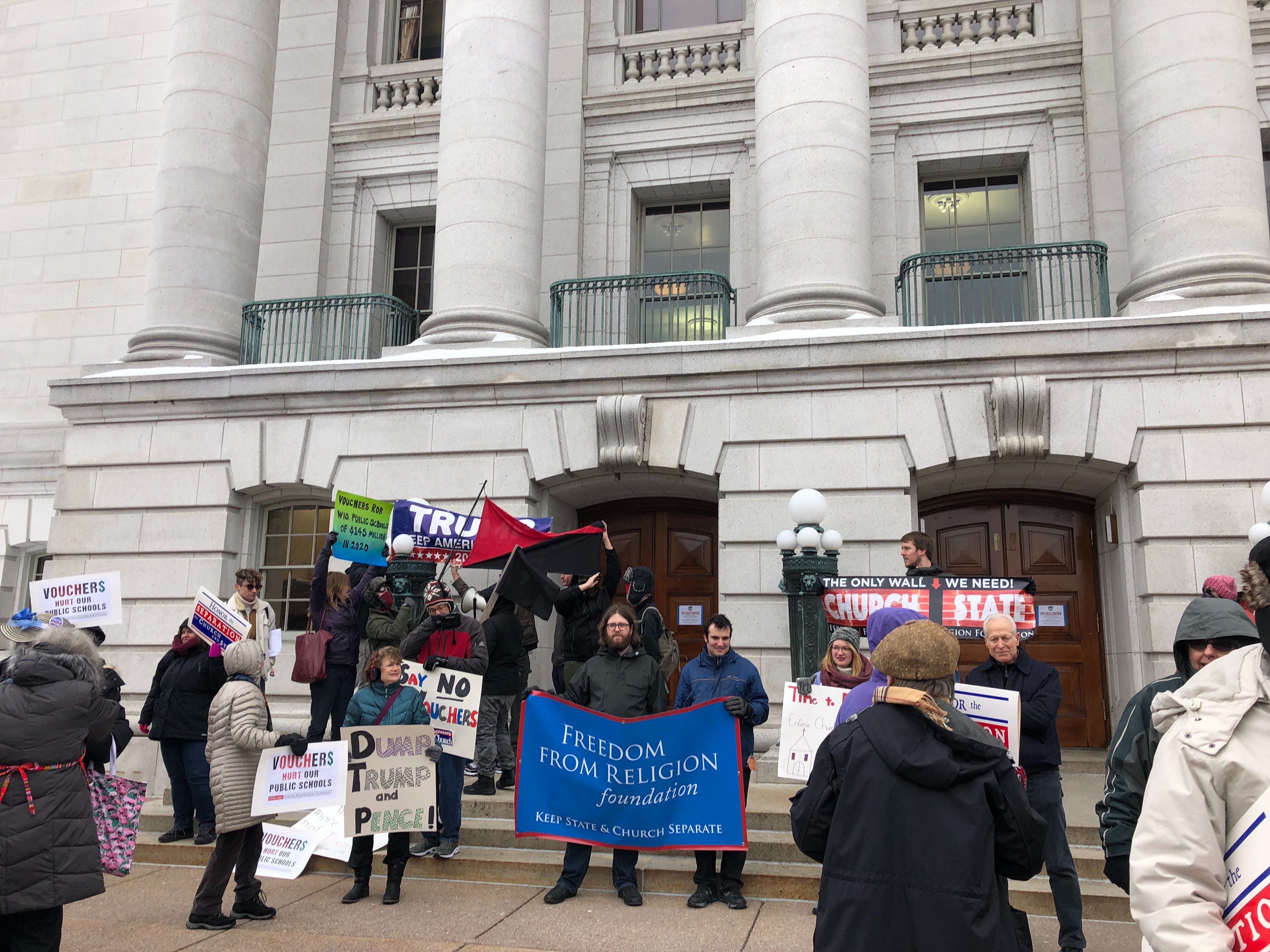 Dozens of people gathered on the front steps of the Capitol to protest the arrival of Vice President Mike Pence and his celebration of the private school voucher system Tuesday morning.

The protest was organized by Indivisible Madison, the local branch of the nation-wide Indivisible organization. Indivisible works to develop grassroots movements to defeat the Trump agenda, according to its website.

A woman in the front played guitar while protestors chanted.

“Hey, hey, ho, ho, Donald Trump has got to go,” protestors said. “Forward together, not one step back.” 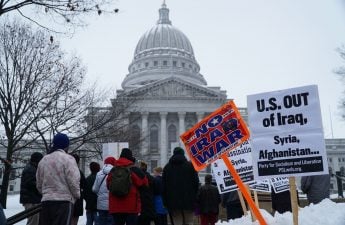 Linda Kessel, the lead organizer for Indivisible Madison, said protestors were there to show Pence is not welcome because they view many of his policies as hateful.

Kessel said Pence’s efforts to end abortion and his discrimination against LGBTQ people is inappropriate.

Many of the protestors had signs emphasizing the importance of the separation between church and state. The Freedom from Religion Foundation was passing out pamphlets critiquing the private school voucher system. This gives state aid payment to eligible students and helps them pay for private school, which reduces general state aid, according to the Wisconsin Department of Public Instruction.

“He’s here to talk about what he calls school choice,” Kessel said. “What he’s doing is talking about siphoning off funds from public schools to private schools that have no accountability.”

Indivisible is also concerned about Pence’s role in the Ukrainian phone call, according to Kessel, who said the current Senate impeachment trial needs to include witnesses. 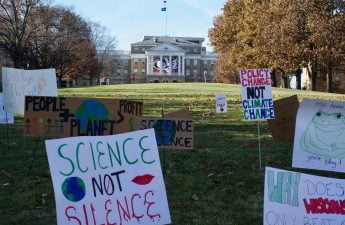 Kessel said the best way to change policies such as the private school voucher system is to vote in both local and national elections. Kessel said the Wisconsin Supreme Court election April 7 is just as important as the presidential election this fall.

“The greatest change is changing the players and so people need to vote,” Kessel said. “Not just in the general election, they need to be here for every election.”