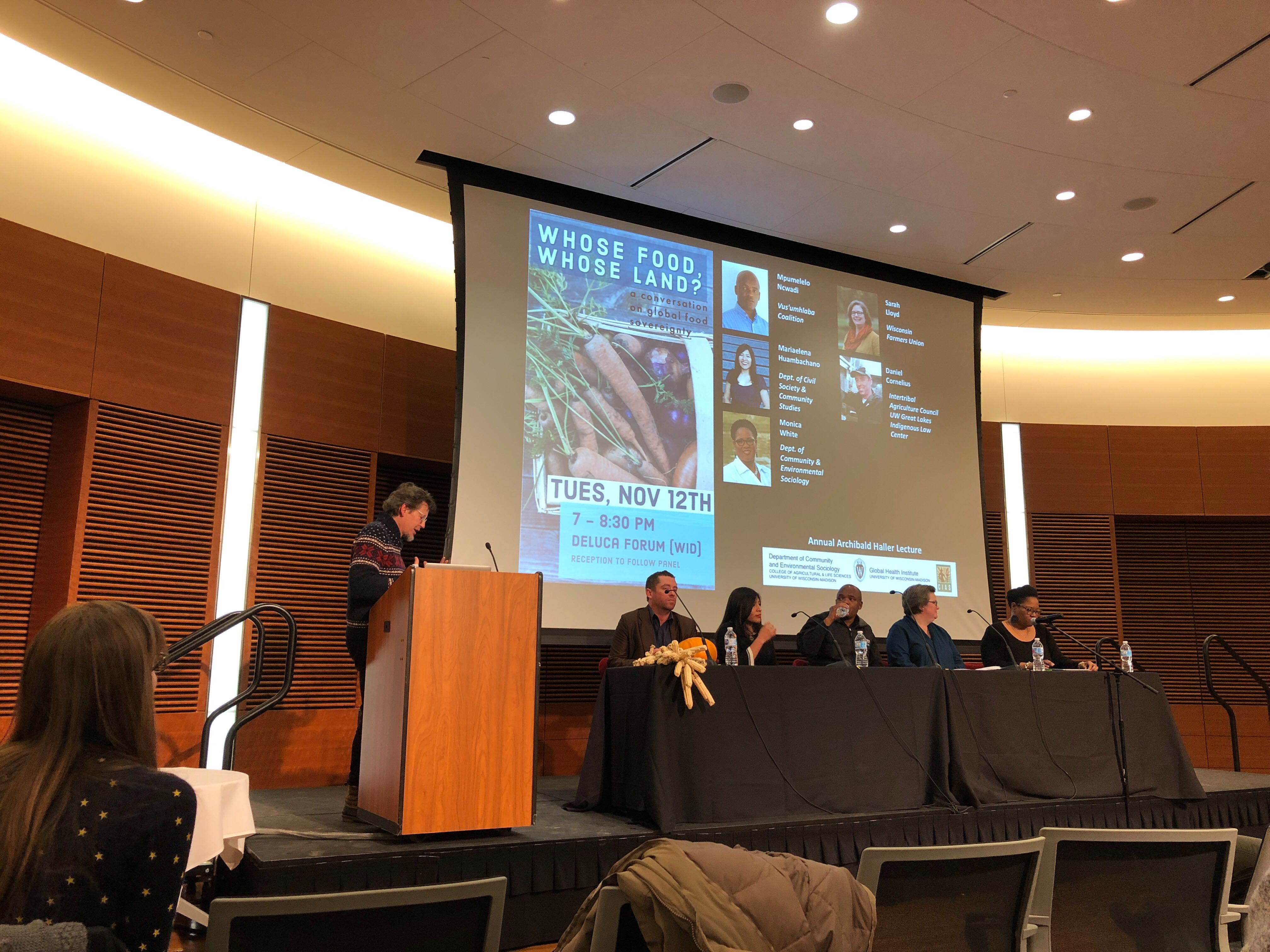 The Department of Community and Environmental Sociology and the University of Wisconsin Global Health Institute hosted a panel discussion on global food sovereignty, Tuesday night.

Mariaelena Huambachano of UW’s School of Human Ecology began by providing a definition of food sovereignty.

“Food sovereignty, the right of peoples to healthy and culturally appropriate food,” Huambachano said. “Food that has been produced with ecological practices, not simply food with a calorie count, as suggested by the current global food security model.”

Huambachano said modern industrial agriculture has disrupted the sacred relationships indigenous communities across the globe have had with food and the land for generations. She said the spread of processed foods has disconnected people from their food, leading to the loss of embedded indigenous knowledge such as the medicinal uses of certain foods. 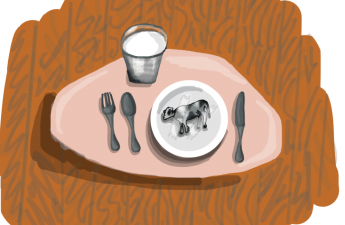 Monica White of UW’s Department of Community and Environmental Sociology also said knowing who is producing your food is key to food sovereignty. She said the work of black farmers has long been overlooked — that without them the civil rights movement could not have happened because they housed and supported Freedom Riders.

“It’s important for us to find ways to support and to look eye-to-eye with the person who withstood the weather, who made the plans, who did all of the work and is responsible for whatever this is I am taking into my body,” White said.

This connection to producers is becoming more difficult with the consolidation of ag, Sarah Lloyd of the Wisconsin Farmers Union said. Lloyd said as milk production remains constant, Wisconsin’s amount of dairy farms is rapidly shrinking because of the increase of large-scale industrial dairies.

Lloyd said this same consolidation is happening to the seed industry. Daniel Cornelius of the Intertribal Agriculture Council said the Oneida Nation is working to bring a diverse array of historic seeds back to indigenous communities.

Cornelius said both communities and individual consumers can reconnect with the land through what they eat.

“Right here on campus, ask the Union, ask UW Housing to have more foods with the story,” Cornelius said. “We have our Native elders come here and they joke around about the diabetic experience of getting cookies, pop and stuff and we’ve got so much other stuff that’s not very hard to make.”