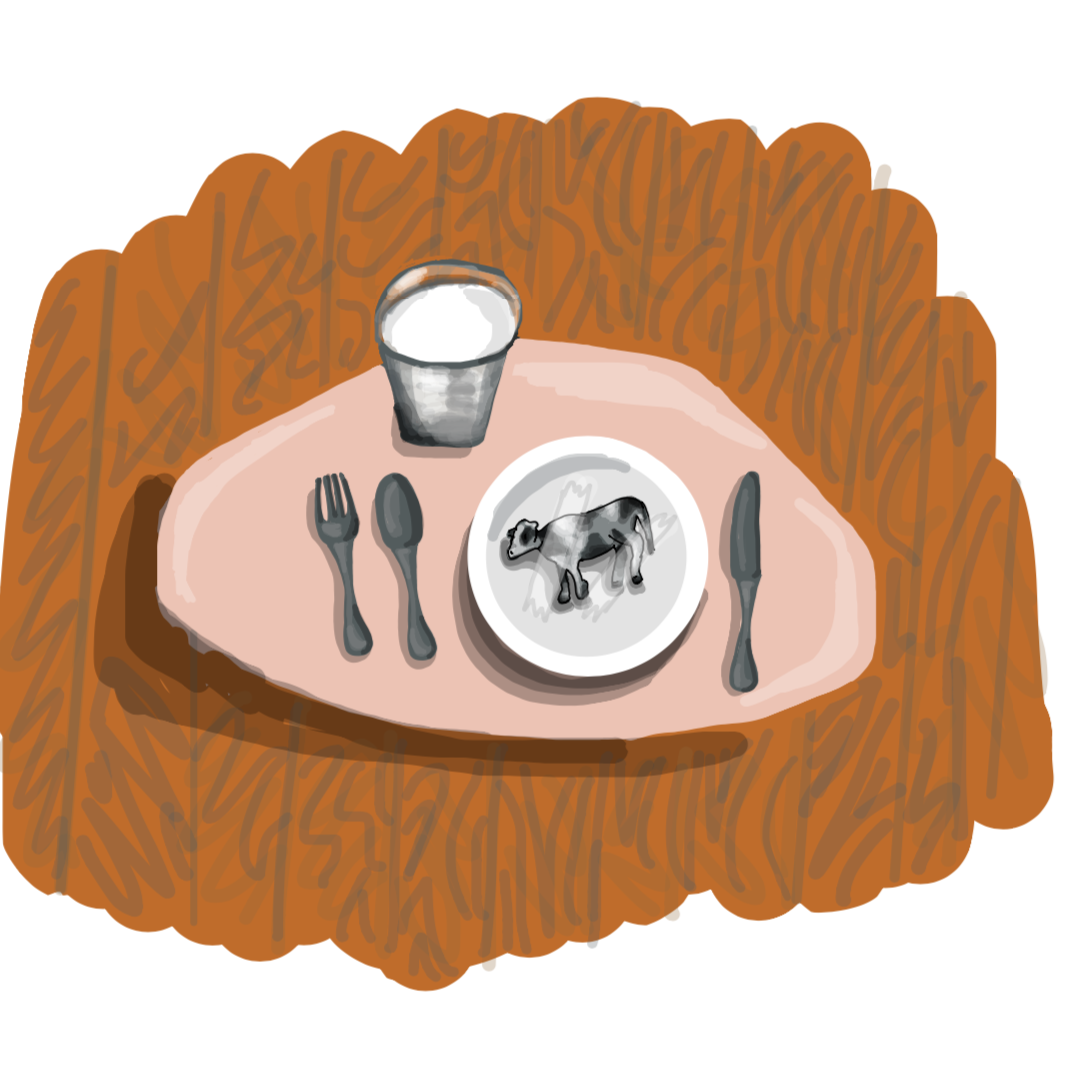 Over the summer, outrage bubbled across the internet and in grocery stores as videos from an animal rights group surfaced depicting abuses occurring on Fair Oaks Farms, the headquarters of Fairlife products.

Metcalfe’s was one of a handful of grocery stores to pull the brand altogether in early June, Channel 3000 reported.

As if animal cruelty claims weren’t bad enough, dairy farmers around the country have already been struggling as milk prices have stayed down for an unusual amount of time, an article by WisContext explained.

But Peter Carstensen, a retired University of Wisconsin law professor and expert on dairy industry law and policy, believes this has more to do with the current unstable foreign trade relations.

“What’s happened is that farmers have had an enormous amount of economic pressure that has been exacerbated in the last three years, by the trade wars, all the other things that enhance in the security in the market,” Carstensen said.

In Wisconsin, America’s Dairyland, farmers especially are feeling the record-long low milk prices. The economic difficulties manifesting across the state’s titular industry have started to raise eyebrows, especially when studies came out this past year showing high suicide rates among dairy farmers.

But the stir around the Fairlife video — and the fact that the video was made at all — is a testament to a trend in consumer values that is also negatively impacting the dairy industry today. The validity of the industry itself has been called into question, particularly relating to worries about environmental sustainability and animal welfare.

The viral video that exposed Fair Oaks Farms last June opens with a necessary warning about graphic and sensitive footage, and a drone shot of Fair Oaks Farms, the headquarters of the Fairlife brand in Fair Oaks, Indiana. Then, rapid-fire clips show calves being hit, thrown, jostled, pulled and kicked. As narration about the investigation and its findings plays, images of dead calves, violent abuse and animals in confined spaces continue.

The video narration explains this was the most “consistent and constant abuse” the team has seen in its history of investigation: “Nothing is worse than Fair Oaks Farms.”

Jennifer Van Os, an associate professor of dairy science at UW and a Wisconsin state extension specialist in animal welfare, saw the expose-style video and others like it, and shared her insight as to how trustworthy they can be.

Though she declined to comment directly on the Fair Oaks video, Van Os spoke about expose-style animal rights videos generally.

“One important thing to recognize is that most of the groups who use those kinds of tactics, if you go to their websites and look at their mission statements, they’re very explicit that their goal is to end animal agriculture,” Van Os said. “So they use these tactics to try to come up with video footage, that will … try to reduce the consumer base for animal products.”

Van Os explained there are generally three types of practices shown in this type of footage in these videos.

First, there is willful abuse. According to the Farmers Assuring Responsible Management website, “willful mistreatment” of animals includes “acts that maliciously cause pain, injury or suffering including … needlessly applying any type of prod … malicious hitting or beating of an animal … prolonged lack of access to feed and water, and inappropriate on-farm harvest or euthanasia.”

Luckily, mistreatment is relatively uncommon, she said. When it does occur, though, Van Os said the behavior is usually prosecutable. She added that the abuse is typically at the hands of stock-people and is a result of a lack of training, whereas the farm owners or managers are usually unaware of the abuse.

“It’s impossible to have a successful farming operation if you’re engaging in or condoning willful abuse,” Van Os said. “So that’s something that I would say is very uncommon and undesirable that everybody in the industry would agree.”

Other common practices seen in video footage are those that are widely accepted in the field, but which can appear aesthetically unappealing to a viewer unfamiliar with farming. Without context, practices or conditions considered safe and healthy for the animals can look unpleasant, Van Os said.

“These videos can use those poor optics to their advantage to try to elicit disgust in the viewer,” Van Os said.

Finally, there is what Van Os called the “gray area,” where expose videos depict practices that some experts think are acceptable and some think are not. These types of clips are the most complicated, since best practices and scientific knowledge about animal welfare change over time and are not always one-size-fits-all.

No matter the type or types of clips in a video, Van Os made it clear that videos should be viewed with the understanding that the organization’s goal is usually to eliminate animal agriculture. Whether that aligns with the viewer’s values or not, it is important to understand the context, she explained.

Van Os also noted that these organizations are sometimes mislabeled as animal welfare groups when most are actually animal rights groups. The terms are not synonymous, though they share some common ground.

“… What they have in common is that they think humans have an ethical obligation towards animals,” Van Os said. “But the difference is that people who believe in animal rights think that humans should not keep animals under their care … whereas people who work on animal welfare, such as myself, believe that it’s okay to use animals for certain human purposes. But when animals are under our care, we have a responsibility towards them.”

Consumer values are a big concern for those in the dairy industry. But while these values vary from consumer to consumer, all have the ability to impact the market — hence the call at the end of the Fair Oaks video to boycott Fairlife products and animal agriculture altogether.

And although videos of animal abuse have uneven effects on populations, that doesn’t mean there aren’t trends. Currently, consumers seem to be most concerned with animal welfare and sustainability.

Though some concerns may not be rationalized through research, Carstensen said they should all still be taken into consideration.

It is the reasons for these concerns, Van Os said, that need to be evaluated.

“We can’t come up with solutions in a vacuum,” Van Os said. “Because even if we say, ‘Oh, this would be really good for the cows, and it would work really well for the producer,’ if the public won’t accept it, then we don’t have a consumer base, and it’s not sustainable.”

Van Os said her work essentially revolves around finding a balance between ethical and practical concerns. She and her lab try to do proactive work to constantly maintain and improve animal welfare throughout Wisconsin’s dairy industry. Some of her current research focuses on mitigating pain in routine procedures, the benefits of raising calves in social groups, concerns around thermal stress and ventilation, and bilingual stock-person training.

As a specialist in animal welfare, Van Os said she believes that an animal’s well-being can and should be understood through science, not just emotion.

“ … By studying animal welfare, we can bring the animals’ voice to that conversation by trying to use objective methods to identify what they need to maximize welfare,” Van Os said.

In working to address consumer concerns, Van Os said she believes progress can be made at the intersection of stakeholder and researcher perspectives.

Van Os stressed the importance of doing not only biological research on the animals involved, but also social science research to understand what concerns the public and stakeholders have. Determining where voters, consumers, dairy producers, veterinarians and others participating in the industry share values and priorities is crucial, she said, and doing so allows for more productive conversations about animal welfare.

“… It really comes down to … acknowledging that animals with certain neurological structures can perceive positive and negative emotions,” Van Os said. “Not necessarily complex human-like emotions, but that our actions can have consequences to how they feel, whether it’s how they’re housed, managed [or] directly handled by people.”

At the university level

UW is also working on other issues that modern dairy consumers are concerned with: environmental sustainability of the dairy industry, as well as that of other animal agriculture industries.

According to studies done throughout the past decade, limiting dairy and red meat intake is key to slowing climate change. By doing so, the methane that animals — specifically cows — release into the atmosphere decreases, allowing for reduced depletion of the ozone layer.

Researchers at UW, like professor of dairy science Victor Cabrera, are working to improve efficiency outlooks in order to combat the amounts of methane put into the environment. The basis for the research is simple: If fewer resources can be used to produce the same results, the system is more efficient.

Cabrera’s work looks at ways to reduce the amount of feed farmers use while still producing adequate quantities of milk. He also studies how to genetically maximize cows to render larger quantities of milk, thus reducing the number of animals necessary to meet dairy consumption demands.

“If we produce the same amount of milk, with less feed … it means that we are reducing the carbon footprint of the production system,” he explained.

Cabrera sees his work as correlated with other positive outcomes. He said this increased efficiency in milk production will most likely increase economic productivity because fewer inputs are necessary for generating the same result.

Cabrera also views his work as complementary to animal welfare.

“And likely, [production efficiency] … will also improve better production systems, will improve welfare as well,” Cabrera said. “ … In my opinion, they are not opposite — the welfare [and] the profitability. You can be as much profitable and still be a very good steward of the welfare of the animals.”

Metcalfe’s ban on Fairlife products from its shelves lasted all of two days. On June 7 they announced they would continue stocking products from Fair Oaks Farms after owner and founder of Fair Oaks Farms Mike McCloskey made a video of his own, apologizing and taking responsibility for the abuse on the farm.

“Watching this video broke my heart and created a sadness that I’ll have to endure the rest of my life,” McCloskey said in his own video. “I am sorry and I apologize for the footage in this video. So with a heavy heart and great disappointment that I feel in the breakdown of our systems, I would like to update you on how we’re approaching to correct all these actions.”

McCloskey said three of the employees in one of the original videos had already been terminated prior to the video’s release after co-workers had reported them for mistreatment, and another worker had been terminated since the video’s release for actions depicted in the footage. McCloskey also laid out further plans to improve treatment outcomes of animals on the farm, including the installation of cameras wherever there are animals.

Made clear by incidents like this, consumer concerns can have substantial impacts on animal agriculture markets. Sometimes, consumer concerns grow around one extreme event — like the Fair Oaks viral videos — while other times they are longstanding, such as environmental sustainability.

But in any case, UW is there to address those concerns, parcel out their validity and try to mitigate the negative effects, and then pass that information on to where it matters — the farmer — to create best practices.

“It’s really a pleasure to be here in Wisconsin where we have a lot of strong alumni relationships and strong ties to the industry because I see a lot of these really eager, progressive, proactive people in the industry who want to learn and want to improve and I find that super encouraging,” Van Os said. “So even though more people don’t grow up on the farm, I don’t expect them to learn everything about ag but just to know that there are a lot of people that are highly invested in making sure animals get the best care possible.”