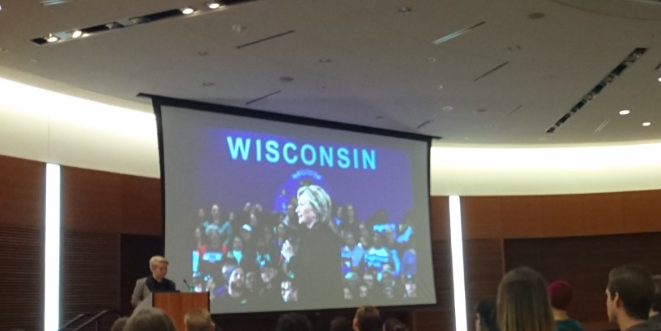 At a REDTalk Monday evening, University of Wisconsin alumna Lauren Collins Peterson discussed her experiences working in politics and activism.

Peterson, who graduated in 2010 with a degree in political science, has worked for Barack Obama’s 2012 campaign, Planned Parenthood in Wisconsin and Hillary Clinton’s 2016 campaign. Most recently, she co-authored the New York Times bestseller “Make Trouble,” with former Planned Parenthood President Cecile Richards.

Peterson said fighting for women’s progress is an ongoing process. For example, during her time in the political science department at UW she said she only had two professors who identified as women. 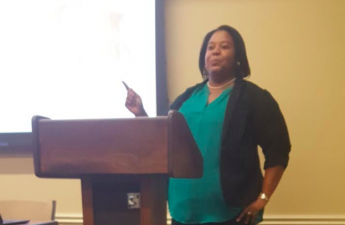 “There’s a lot, I think, we still need to do to level the playing field for women and people of color,” Peterson said. “There are little things, like paying interns so that more people can get their foot in the door … There are big things we have to do too, like confronting racism and sexism and implicit bias.”

Peterson also shared her experience writing a speech about North Korea for Clinton’s campaign — a topic she knew nothing about.

Peterson consulted multiple resources that knew more about foreign policy than she did, and they advised her to continue asking questions until she understood the topic — because Peterson said that if you put a topic in a speech that you are not very knowledgeable about, it really shows. 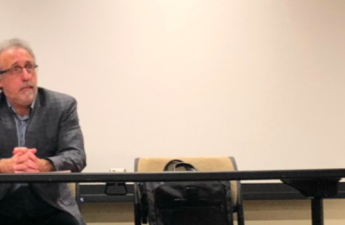 “Once I got over being completely mortified, that was actually kind of amazing because what he was telling me was I had a license to ask questions — as many as I wanted — to the smartest people in the world,” Peterson said.

Peterson concluded her talk with some life advice to students — to find people they love and figure out ways to spend all of their time with them.

Those who one surrounds themselves with can make difficult times not just livable, but amazing, Peterson said. But while having fun with friends is important, Peterson stressed it is essential to work hard as well.

“If you want to do well, you have to do the work,” Peterson said.