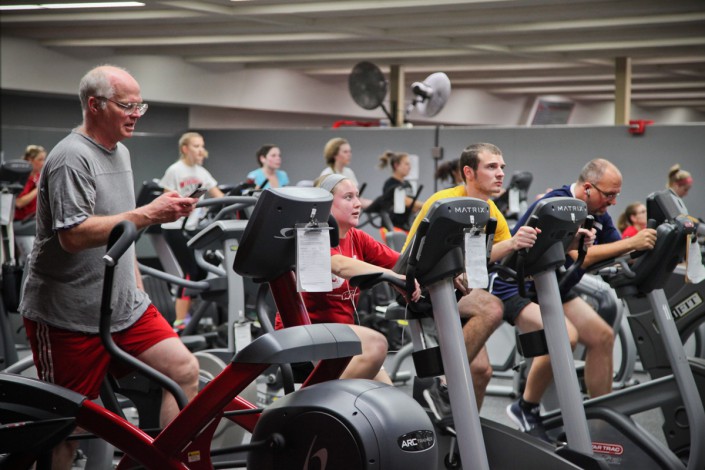 Competing athletically at collegiate levels while maintaining a full class load and living independently for the first time causes high stress and anxiety for many. However, a new study at the University of Wisconsin found that student athletes enjoy high levels of physical and mental health, exceeding even that of their non-athlete classmates.

Dr. Traci Snedden, an assistant professor in the School of Nursing, led the study and worked with her colleagues from the UW School of Medicine and Public Health and UW Athletics. Together, they examined and compared the role of sports and physical activity to health-related quality of life, Snedden said.

“This project provided an opportunity to learn more about the quality of life — in both physical and mental health — in D1 student-athletes and general undergraduates,” Snedden said.

The study comes after previous research examining smaller groups of international, elite or college students offered mixed findings on the correlation between mental health and physical activity. Snedden said her study was the first to use D1 athletes and general undergraduates to show a distinct relationship between athletes and general students.

Snedden said the study shows that UW students need to have continued and expanded opportunities to be active and to be part of a team. Snedden cited the recent improvements to campus Rec Sports programs as one way UW students can keep active.

Snedden said the study’s results are important because they identify disparities in resources available or access to those resources between UW athletes and general students.

“Perhaps the disparities are linked to lack of general undergraduate student knowledge regarding the multitude of resources available for those with mental health concerns, including University Health Services and their commitment to student mental health,” Snedden said.

While it is unclear what exactly contributed to the study’s results, Snedden speculated that a number of services available to student athletes, but not to the general student body — such as academic support and tutors, nutrition, strength training, medical care and mental health resources — could have played some role.

“It’s possible that the general undergraduates do not have access or are unaware of comparable services and support,” Snedden said. “Additionally, they may be without medical insurance or are unaware of UHS or don’t know how to navigate receipt of services.”

While Dr. Claudia Reardon, a UW School of Medicine and Public Health associate professor and a consulting sports psychiatrist for Badger Athletics, said the study is a step in the right direction, she stressed that athletes are not immune to mental health issues.

Reardon, who works closely with UW athletes, said depression and mental health issues affect all people and athletes are just as, if not more, likely to be affected. While exercise is helpful to mental health, high-level competition brings a number of stressors for student athletes, Reardon says.

“It’s interesting because, on the one hand, we know exercise has antidepressant effects, but at the same time there’s other research that shows that athletes are just as susceptible to depression as non-athletes,” Reardon said. “So, kinda hard to integrate those two findings.”

Reardon said exercise brings benefits to mental health and prescribes it for all people struggling from mental health issues. The social benefits of exercise, such as the team mentality, are a large part of why it improves mental health.

Reardon said the study’s results will be used in many ways, but primarily as a baseline for future research. Reardon hopes this study will serve as motivation.

Snedden said there is a need for future research examining contributing factors to these results and mental health data on other campuses. Snedden said its important for future qualitative studies to engage with students, rather than just survey them.

While it is unclear how these results will be used around campus, Snedden hopes this study will prompt universities across the country to take a closer look at their mental health services — including access to exercise and sports.

“I’m confident that the results are prompting others to assess and ensure student mental health, coupled with appropriate support services,” Snedden said. “Mental health is an important topic and this paper represents the first study comparing D1 student-athletes to general undergraduates.”