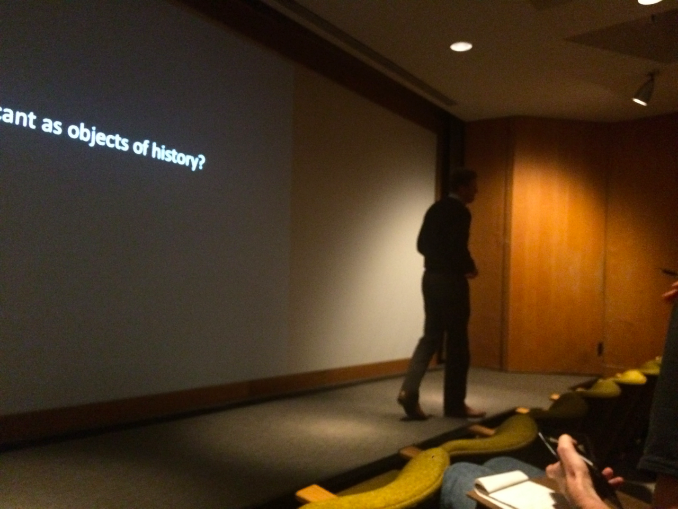 An architectural historian from the University of Virginia spoke to a crowd of University of Wisconsin students and professors Thursday night about the widely debated Charlottesville Confederate monuments.

Louis Nelson, University of Virginia professor and Vice Provost for Academic Outreach, addressed the claims made by alt-right groups regarding Confederate memorials in Charlottesville, VA, which came to a violent head last August. Nelson addressed the claim that destroying these statues would be erasing American history and heritage.

“Absolutely [the monuments] are significant,” Nelson said. “They are the material legacy of Charlottesville’s history of white supremacy.”

Nelson described the history of four of the most prominent statues in Charlottesville — those of Robert E. Lee, George Rogers Clark, Stonewall Jackson, and Lewis and Clark and Sacagawea — and what they have come to represent.

“When this new monument was installed in 1921 … the student newspaper celebrated the unveiling,” Nelson said. “They declared that ‘the conqueror of the northwest is explaining the futility of a resistance.’” 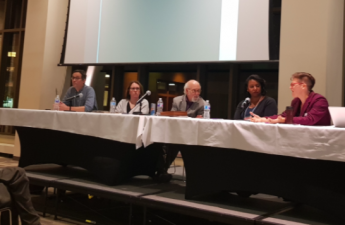 This quote would become indicative of what the monument stands for today — namely, that resistance to white supremacy is futile and black Americans in Charlottesville should either submit or leave, Nelson said. Nelson said the placement of the monument  directly in front of a public hospital that once practiced eugenics discouraged black community members from entering the already dreaded hospital.

The statue of Lewis and Clark and Sacagawea sits at the head of main street and directly between two schools. One school was for black children, only going up to the eighth grade at the time of the statue’s installment, and the other was a school for white children that went through high school. The statue’s plaque, in addition to it’s placement, is more telling than the history of the explorers themselves, Nelson said.

“The installation of the Lewis and Clark monument signaled that inquiry, discovery and intellect were a white mandate,” Nelson said. “Their capacity to discover the west and to document all that they documented was because they were white.”

Stonewall Jackson’s statue sits in front of the Albemarle County Courthouse, a place which used to also be a jail, Nelson said. The monument sits in the same place where, only a few years before its installation, a mob sat outside and demanded the sheriff turn over two black men who had shot a white police officer. They had wanted to carry out a public lynching.

Nelson said another telling factor is that when Nazi Germany began implementing their segregation laws, they looked at “the South’s racialized legal system.”

Proof of this can even be seen in their art. The statue of Jackson features personified depictions of Valor — who holds a shield with the confederate flag emblazoned on it — and Faith. Visually similar statues were commissioned by Nazi Germany for the 1936 Olympic Games.

“The Stonewall Jackson monument sits right in the middle of our Courthouse Square,” Nelson said. “And Courthouse Square presumes to speak justice for the entire citizenry of Charlottesville.” 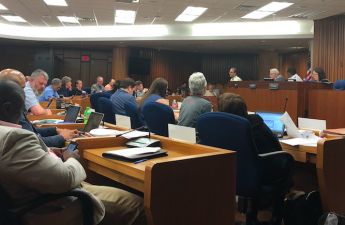 However, the most contentious monument in 2017 was easily the Robert E. Lee monument, Nelson said. For Nelson, the violence around Lee’s monument was the tipping point. Nelson used to be a reinscriptionist — someone who argued for the rededication rather than the removal of statues — but the added history of the violence meant the monument could no longer be saved.

Nelson said the monuments mean more for the South and America than just distant history. He sees them as a challenge.

“This is a challenge that has directly confronted Charlottesville,” Nelson said. “But it is a challenge also to America. No matter where you’re from, these landscapes of white supremacy are a part of your landscape as well. We all have a responsibility to learn this history, figure out how it’s inscribed in our towns and ask questions about the extent to which these signify a history we feel proud of.”