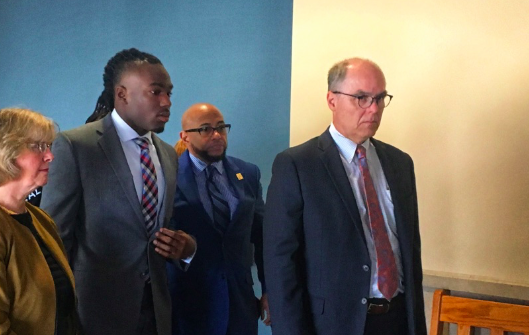 Tuesday, Cephus filed a federal case in the U.S. District Court against UW regarding the disciplinary investigation the university is conducting.

In a statement, attorney for the federal case Andrew Miltenberg said UW is misusing their role as educators to deprive Cephus of his Miranda rights. Additionally, the statement alleged that university officials “know that there is exculpatory evidence to which they are turning a blind eye.” 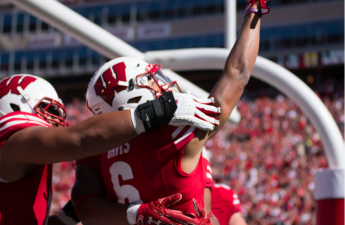 “This is not the message that educators should be delivering to African American young men,” the statement said.

In a news conference following the hearing, however, Tavis Grant, spokesperson for the Cephus family, said this case is not about race but is rather about “fact and fiction.” Grant maintained Cephus is innocent.

When asked specifically about the statement from Miltenberg, Grant said this case was about Cephus’s innocence, not race.

Cephus’s lawyer for his criminal case, Stephen Meyer, said he has seen videos detailing actions throughout the evening between Cephus and the victims. He claimed these videos support the affidavit he filed for a motion to dismiss.

Meyer was unable to go into detail regarding the videos due to ethics rules.

“I cannot comment about any particular witness or what [the videos] will show,” Meyer said.