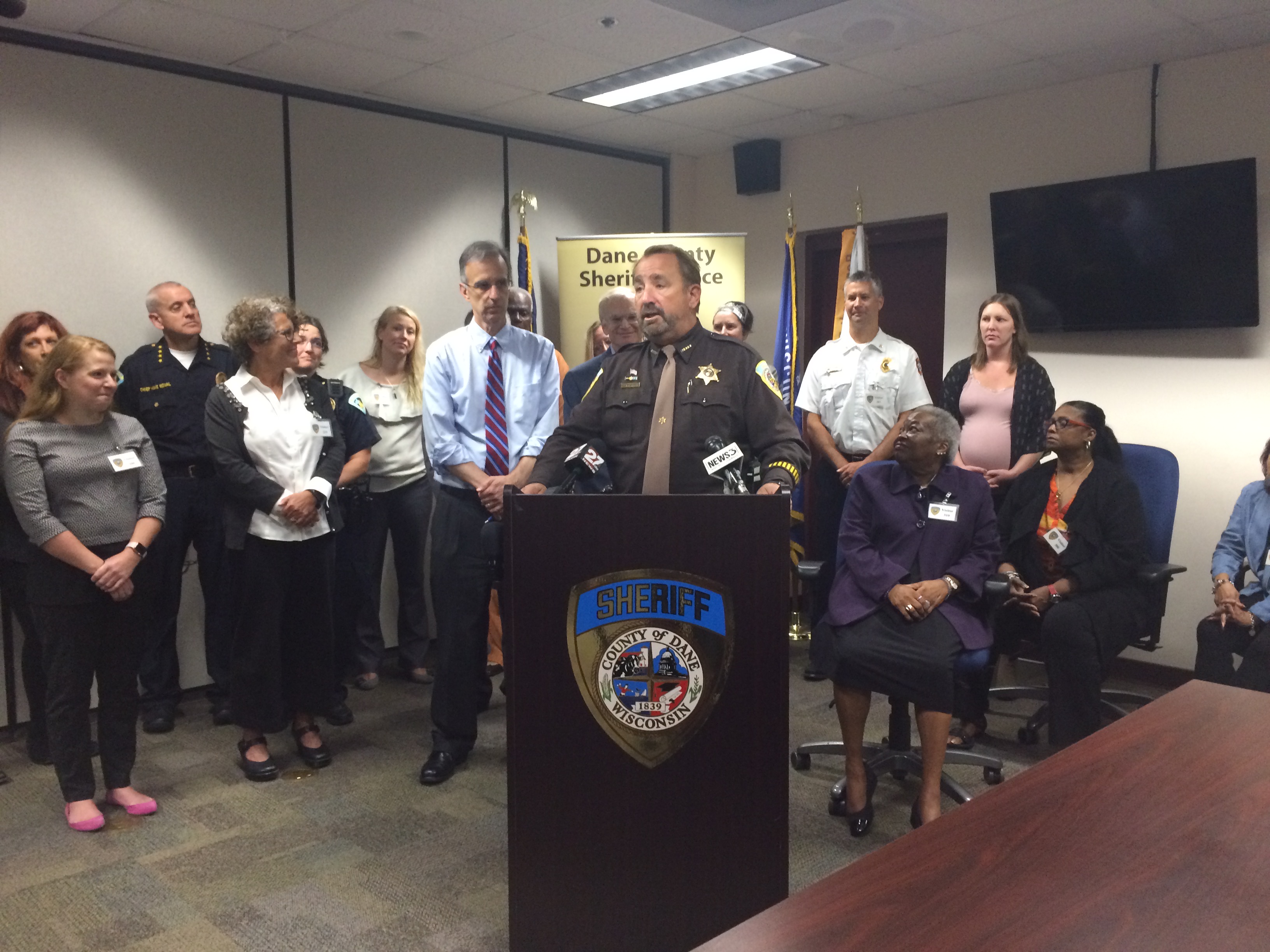 The increase in funding will result in a total budget of $425,000 annually for the program, which Parisi originally announced in 2016. The increased funds will be used to hire additional mental health professionals, expand treatment and recovery programs and put Narcan in more businesses in the county.

“Be it mental illness or drug addiction, or the co-occurrence of both, a compassionate approach is also the best approach,” Parisi said.

This program currently includes funding for two mental health professionals embedded in the Madison Police Department and some training of first responders by the National Alliance on Mental Illness.

The new funding will allow for three additional embedded mental health professionals — two with MPD and one with the Dane County Sheriff’s Department. NAMI training, which helps responders assist those in the midst of a mental crisis, will also increase.

Parisi said the county wants to treat mental illness as an illness, not a crime.

“We’ve seen the success and the effect [mental health workers] have on successfully addressing our neighbors who are incarcerated,” Mahoney said.

Parisi said Dane County has begun to recognize drug addiction as an illness, saying that no one chooses to have a mental illness or wants to be addicted to drugs.

The Safe Communities’ Drug Poisoning Prevention programs will receive $125,000 to assist those in need of treatment. The new monies will fund the programs ED2Recovery, Pregnancy2Recovery and Jail2Recovery, which will help people in vulnerable situations by guiding them into rehabilitation according to Drug Poisoning Prevention manager Skye Boughman.

“Our coaches are paired with recoverees that have lived the same experiences,” Boughman said. “They walk side by side with their recoverees to find substance abuse and mental health treatment services, stable housing and make their way back into the workforce.”

Since the disease not only affects the person with addiction but their family as well, Bourghman said his program will aim to guide families through drug addiction and assist them in finding any mental health assistance they might need.

The public health department will give $10,000 to expand Narcan — a life-saving emergency drug which combats opioid overdoses — to more than 125 businesses in Dane County.