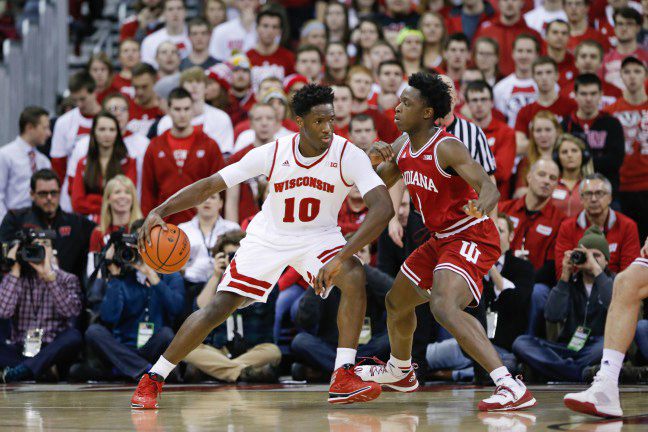 Several University of Wisconsin students have taken to Twitter to share an open letter expressing the impact racial injustice has on student athletes of color.

The letter, which had been retweeted more than 40 times within one hour, discusses the disparity between how student athletes of color are treated while competing and how they are treated on a daily basis. Being discriminated against on a daily basis has been a “painful” experience for such students, the letter said.

“We are loved during competition but then subjected to racial discrimination in our everyday lives too,” the letter read.

As a student, I demand change from @UWMadison. pic.twitter.com/NZEaqBeevP 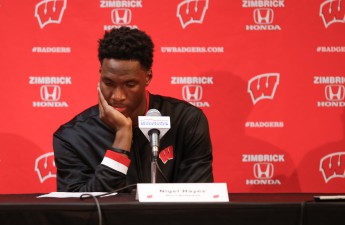 UW athletics did not immediately respond to a request for comment.

Students tweeting the letter have also changed their Twitter display and banner pictures to a plain red square. Each tweet is accompanied with “As a student I demand change from @UWMadison.”

Student athletes of color deal with microaggressions and racial slurs like “go back to Africa,” “monkeys” and “get out of the country.” The letter said such students are constantly targeted for “loitering” and threatened even if they are doing something as simple as waiting for a taxi.

Student athletes of color also face discrimination in classrooms where professors assume these students do not want to study and are just at UW for athletics. The letter said these students have to work “twice as hard” just to prove they belong in the classroom despite their athlete status.

“We shouldn’t be commodified for mere entertainment but respected as individuals with ideas and the ability to contribute to society,” the letter said.

On Oct. 29 in a football game against Nebraska, one attendee dressed up as President Barack Obama with a noose around his neck while another dressed up as Republican presidential nominee Donald Trump pulled the noose. The letter called this incident was a “punch in the face” to not only student athletes but all UW faculty, students and alumni of color.

This letter is not the first of its kind in UW’s history. UW students used the hashtag “#TheRealUW” in March to highlight their own stories of racial bias and the lack of action on behalf of UW’s administration.

The letter pointed out UW administration’s surveys, cultural competency emails and statements are insufficient ways to address the issue of racial injustice. The letter asks Blank to “leave [her] ivory tower” and not continue to “sweep the collective experiences of students of color under a rug.”  The letter said Blank should take action to “initiate meaningful change” and create real programs that help students of color thrive.

The letter said racial injustice toward student athletes of color is not just a UW issue and universities nationwide need to address it.

“We love the UW and are proud to be STUDENT-athletes here, and truthfully, our positive experiences far outweigh the negatives, but no student should have to live through this negative climate,” the letter said.