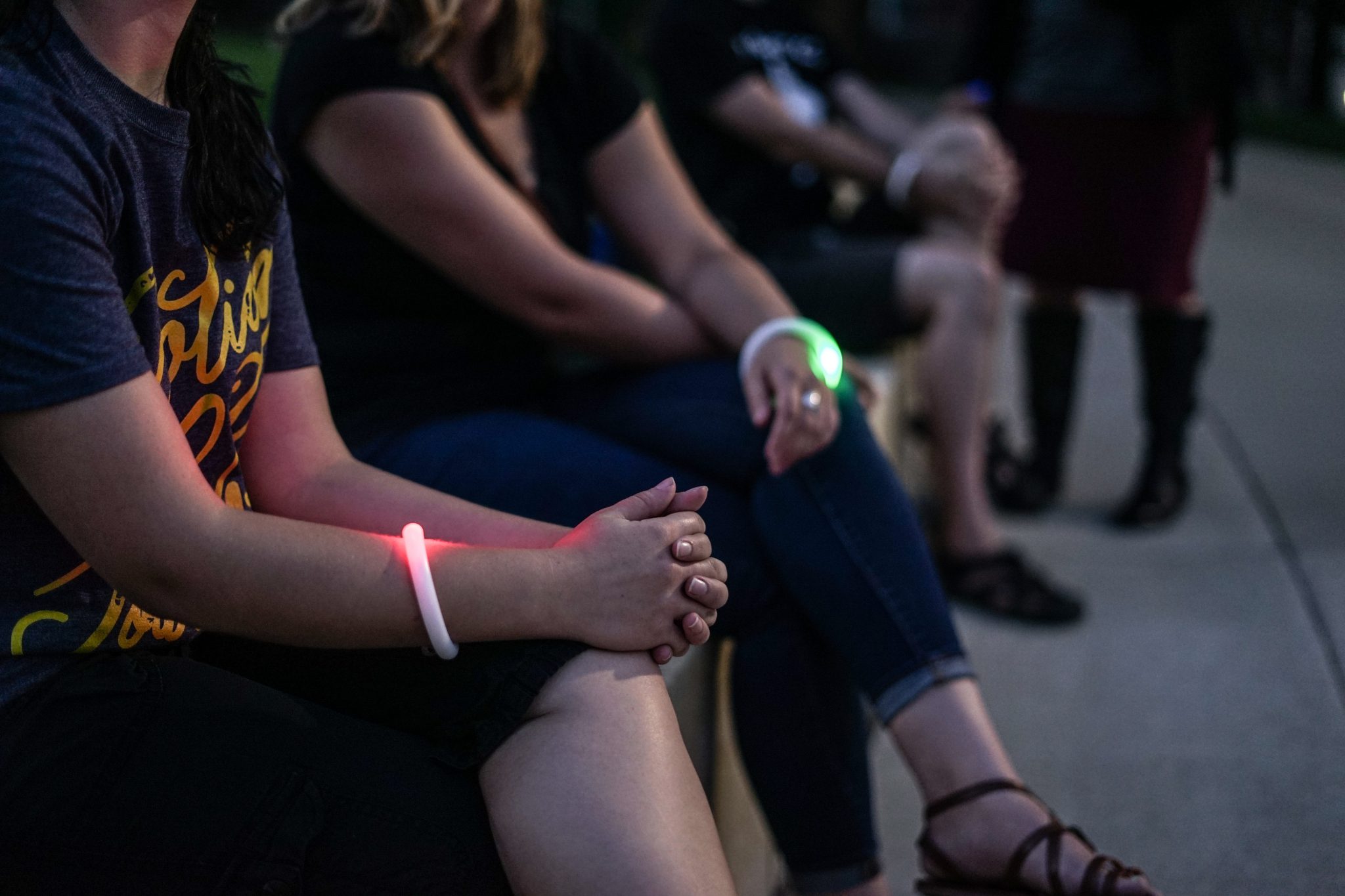 Some 30 people gathered at the base of Bascom Hill to share experiences of life as members of the LGBTQ+ community and commemorate the victims of the Orlando Pulse nightclub massacre in June.

Campus LGBTQ+ leaders spoke at length about the struggles facing their community and the loss of security felt in the wake of the shooting. All of the speakers said the attack hit particularly close to home and one even said they knew people who frequented Pulse Nightclub.

Amid the pulsing lights of memorial wristbands and occasional tears, Laura Minero, a grad student, spoke about the helplessness and tragedy felt in the days and weeks since the attack. She said there was no way to truly know what the families of the victims felt after that evening.

“This could have been me, or my partner or you,” Minero said.

On top of the trauma experienced by the victims, Minero spoke about the day-to-day harassment and microaggressions experienced by those identifying as LGBTQ+. Specifically, she described the dissonance of having conservative parents, meaning she was at once the object of their reproach and love.

Gabe Javier, director of the LGBTQ center, said he wishes he could have been inside the Red Gym with friends and colleagues when he heard the news of the shooting. He said that in the months since then he has reflected on a vision of a community where all peoples in and outside the LGBTQ+ community could come together.

Javier said he rejected the notion that communities are strongest in mourning. Instead, he imagines a community where differences are celebrated no matter how complex.

“We deserve nothing less than to love and be our true authentic selves in public spaces — whether be they bathrooms or classrooms,” Javier said.

The vigil concluded with speakers reading the names of each of the 49 victims.