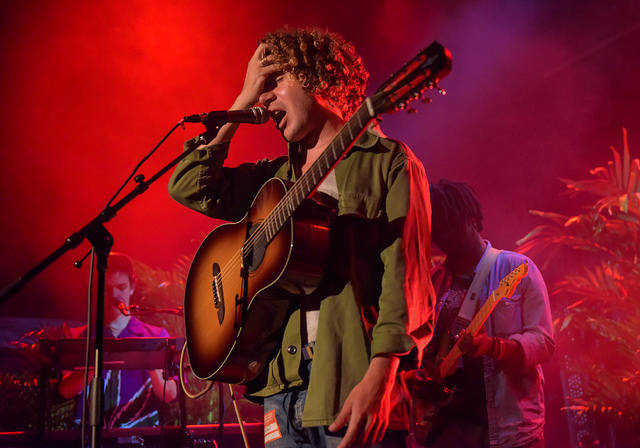 The High Noon Saloon hosted two amazing acts Tuesday. Fans experienced a laid back night and some good music, all with a dose of attitude.

The first act, Anna Wise, reminded listeners of a blend of Lana Del Rey and Frank Ocean. Impressively, she looped her graceful, yet firm, vocals over hip-hop beats and was able to carry her entire performance on her own.

This is something Wise is proud of — she wasted no time making clear she is a completely independent artist. She shared she refuses to sign to a record label, knowing she can make it completely on her own. 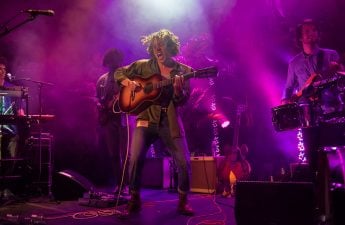 As if that wasn’t enough, she continued to share she has work on Kendrick Lamar’s album, who specifically reached out to her after seeing her YouTube videos.

Her performance was an enjoyable one, with heavy bass beats and effects. She even got down from the stage to dance with the audience members.

Indie pop duo Lewis Del Mar came soon after, and their performance was just as pleasing. They opened with “Such Small Scenes,” coincidentally the first song on their self-titled album. Since they are a relatively new band, the only work they have out is Lewis Del Mar and EP (which are all featured on the full-length). At the end of the show, though, the band covered Kanye West’s “Runaway.”

The duo partly have Madison to thank for their beginning. After their third song, “Wave(s),” which is the only song not featured on the album, guitarist/vocalist Danny Miller shared they played here for Live on King Street. At the time, this was the biggest show of their lives.

Their set at the High Noon Saloon featured glowing, smoky lights of all colors and a visual backdrop of vintage films and photos playing on a screen. This created a whole new vibe for the show. It was both aesthetically pleasing and hella nice on the ears.

Miller played an acoustic guitar for the whole show, something you don’t see as often with bands like theirs. Audience members could sense his skill and mastery of the guitar, enhanced by drummer/producer Max Harwood’s intricate rhythms.

Lewis Del Mar somehow has a perfect balance of humility and attitude. They know they are rocking the stage, showing it with their body language and movement. They danced a lot and were very energetic.

Still, they had intimate moments with the crowd, especially on the song “Islands.” To introduce this song, Miller talked about their move to New York, and how when he got there, people would always ask him who he was. He said his family was a lot of things, and those questions made him feel like he had to choose. He came to realize he didn’t have to. 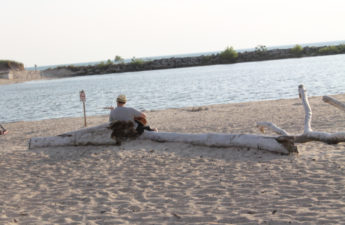 Hitlist: For those of us with summertime angstWarm weather always makes me feel nostalgic somehow. Bright skies and the smell of grass make memories of distant days Read…

“I know who the fuck I am,” he said. “All of us have dichotomies that exist within us. Learn to embrace those things.”

Then they played “Islands,” and the room was silent. The song was gentle in the beginning, while a soft orange light surrounded Miller. The pace picked up, and the sound created a tone of hope.

Too soon, Lewis Del Mar was walking off stage. The crowd wouldn’t let them off that easy, chanting, “One more song, one more song!”

Of course the band came back up, and this is when they dropped their version of Kanye’s “Runaway.” The crowd went nuts. Still, there was one song everyone seemed to be waiting for the whole show, and of course they waited until the perfect moment to strike.

They saved “Loud(y),” a song with angst and power, until the very end of their encore set. There couldn’t have been a better way to end the show. We can only wait so long until their return to Madison once again. Their rhythms, acoustics and vibes will just have to stick with us until then.