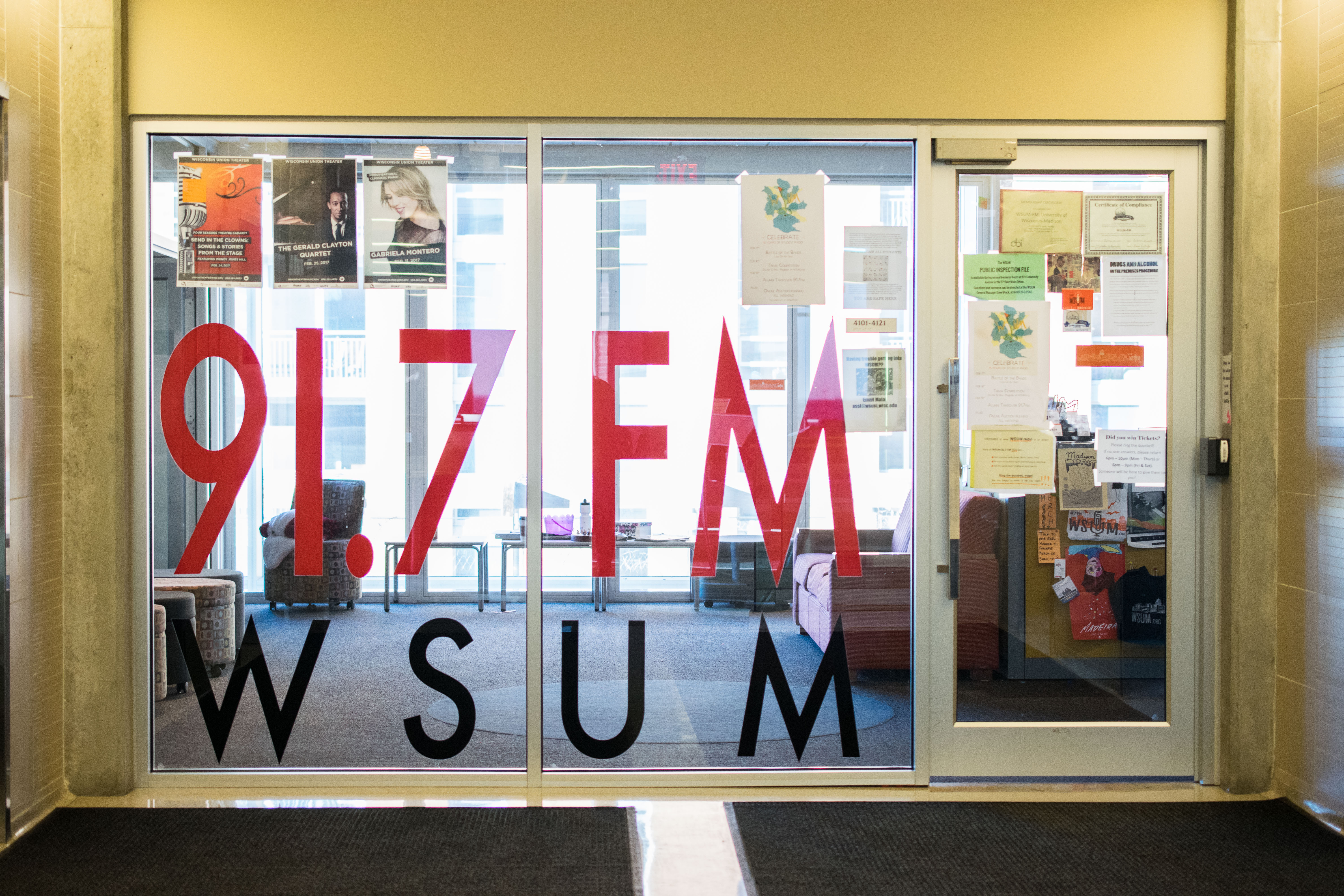 The WSUM station was quiet Friday afternoon as they prepared to host a live band on the air.

Artist and album graphics collaged the walls, with posters promoting student shows and upcoming events. With a large view of Lake Mendota, the station felt like home for some students. But something, rather, someone, was missing — Dave Black.

The cofounder and general manager of WSUM 91.7 passed away this February at the age of 66. For almost 30 years, Black and WSUM were two synonymous words, according to a Cap Times article.

“He was WSUM,” WSUM alum and former station manager Lorenza Zebell said. “He really worked for a long time to get WSUM started. It’s his legacy. It’s an amazing place, and I think his welcoming energy really extended to the test of the programming there.”

Back in 1993, the station, then known as WLHA, was taken off the air by the Federal Communications Commission due to interfering with existing radio signals, according to The Cap Times. At the time, Black was a journalism graduate student when the station reached out asking for help getting back on the air. 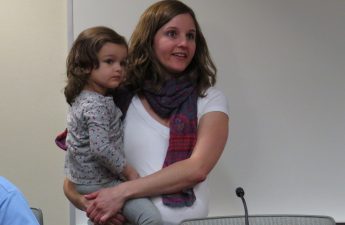 Mentee of Black and current director of the station Kelsey Brannon explained just how passionate Black was about getting the students back on the air.

“The group of undergrad students who were working on it … really wanted to keep it going, and [Black] took that desire that they had to have a voice on the airwaves seriously and invested in it,” Brannon said.

And it wasn’t easy. It took Black eight years to get the station live again. There were legal battles with the FCC regarding getting a license and then getting a tower, studio space and funding, explained Brannon. During this time, Black was able to inspire two generations of students, who weren’t going to be able to be on the radio, to help build the station for future students.

The station moved into its current space on the fourth floor of the Student Activity Center, in the 2007-2008 school year, Brannon said.

“He worked with the contractor to design the space specifically to be a radio station,” Brannon said. “The station as a whole, as a concept, wouldn’t really exist without him and this physical space wouldn’t exist without him.”

The station has a few unique features that demonstrate just how dedicated Black was about making it a learning and professional environment for aspiring radio personalities. The space contains a few small recording booths that allow the DJs to practice their shows beforehand, as well as a mock studio that replicates that real one, that allows students to train each other for going on the air. 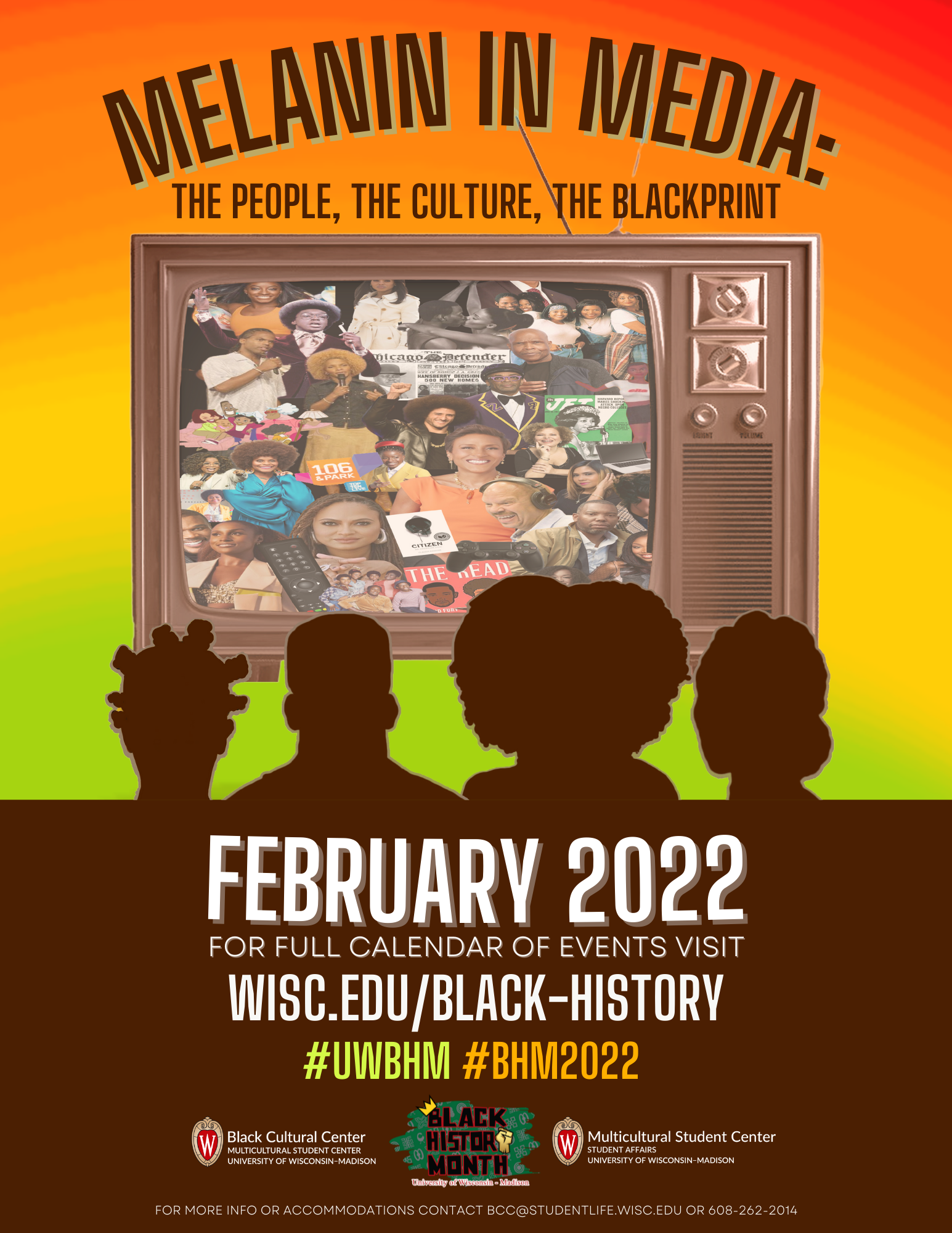 His impact goes far beyond the physical space. Both Brannon and Zebell commented on his ability to make WSUM a welcoming environment.

Most college radio stations are exclusive, with only juniors and seniors being allowed on the air. But WSUM allows students of all years to participate, making it unique, according to Zebell.

“It’s just really an open space for anyone, you don’t have to be in a program that is associated with media or communications to be involved,” Zebell said.

Black believed in making the space a place for educational opportunities.

“He wanted it to be used as an asset to the campus and to the community,” said Brannon, providing all areas of campus with a helpful and collaborative station.

Black played a large role in helping students come into their own. Zebell shared a story about how she went from feeling lost at UW to becoming the station’s manager.

In college, Zebell was a shy student, struggling to find her place in her degree program. WSUM and Black helped her come out of her shell. But it wasn’t easy at first.

“I started as a DJ my freshman year and I could barely even talk on the air. I was so shy. I remember when someone called in and they were like ‘It’s okay, don’t be nervous,’” Zebell said.

Yet, she stuck with it, thanks to Black’s mentorship.

“Dave really believed in me, he made me believe in myself,” Zebell said. “His mentorship really brought me out of my shell and made me a great DJ, a better writer for radio copy… and eventually, made me a leader.” 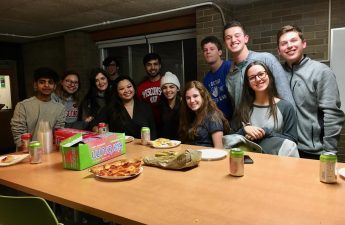 Her story is not uncommon, and Black impacted almost every student who walked into the station. Zebell explained that it would be hard to be involved at the station and not be touched by Black.

Brannon shared a similar story. When it came to her second year at the station, Brannon reapplied for the position of Traffic Director, where, like the name, you help direct the flow coming in and out of the station. But Black saw the bigger picture for Brannon and pushed her to apply for Program Director.

“Dave was persistent, and when things didn’t work out with the program director that was hired, I moved into that role, and he really encouraged me and bolstered my confidence that I could do the job,” Brannon said.

His guiding nature never left Brannon, even after she graduated. He remained a valuable resource for her, calling him countless times for advice. It was Black who encouraged Brannon to take over as general manager upon his retirement in Sept. 2021.

Brannon explained that she feels she was built in his image, taking his wisdom with her into the position. She hopes to continue to be a strong supporting resource for her team, as well as a safety net for when things don’t work out.

“She’s a rockstar,” Zebell said. “She’s going to really shepherd the station into a new era.”

Brannon has high hopes for the station in Black’s absence — she knows his legacy will continue on.

“It’s grown and evolved and changed since 20 years who when it went on the air, and it’s gonna continue to do that,” Brannon said. “Dave would really want that, he would want it to continue to grow and evolve and change, but all of that is happening on the foundation that he built.”