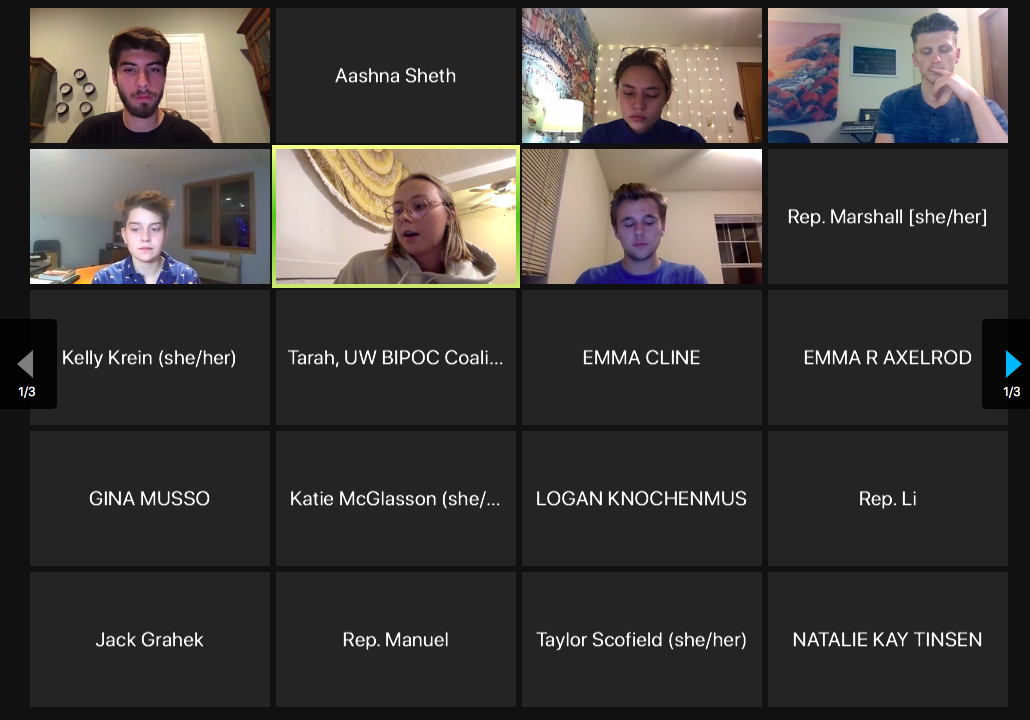 Tuesday, the Associated Students of Madison Student Council discussed resolutions on asking The University of Wisconsin to divest from fossil fuels,  ban UW Police Department from using facial recognition software and decriminalize marijuana use on campus.

Many students and members of the community shared their thoughts on the resolutions at the beginning of the meeting. None of them opposed any of the resolutions.

UW student Ayomi Obuseh spoke about her experience with the Madison and UW Police Departments while organizing and participating in protests over the summer and why she believes UWPD should not have access to facial recognition technology.

“[A facial recognition ban] on UWPD would ensure that they are not equipped with further ways of targeting marginalized students and youth organizers,” Obuseh said.

ASM Chair Matthew Mitnick provided an overview of the resolution and explained reasons why UWPD should not be able to use facial recognition technology.

He also highlighted concerns of inaccuracies at the expense of people of color.

“[An American study] by researchers from Stanford and MIT found that using these similar facial recognition programs, there [were] significant error rates, specifically in dark-skinned individuals versus white individuals,” Mitnick said. “I think this was really emphasized … that this technology was made by white men, so of course it’s going to favor their faces within that technology.”

The council passed this resolution unanimously.

After extensive debate on a resolution asking UW to pay international student workers who are telecommuting to work, the council voted to table the discussion with a vote of 11-8 with 2 abstaining from the vote.

After this decision both Mitnick and the UW BIPOC Coalition expressed their disappointment on Twitter, with Mitnick encouraging students to contact their ASM reps.

For a group of white students to not only invalidate the direct lived experiences of BIPOC students but work to actively discredit the research and effort that they put in to get them to even care about this issue at all is disgusting.

BIPOC students matter on this campus.

The council then unanimously endorsed a resolution calling for UW to divest from fossil fuels to reduce the impact of greenhouse gases on the climate.

ASM also discussed a resolution calling for UW to reduce cannabis-related punishments for students to better fit with Madison’s recent decision to decriminalize marijuana in the city.

After making amendments to the language of the resolution, the council passed this resolution unanimously as well.