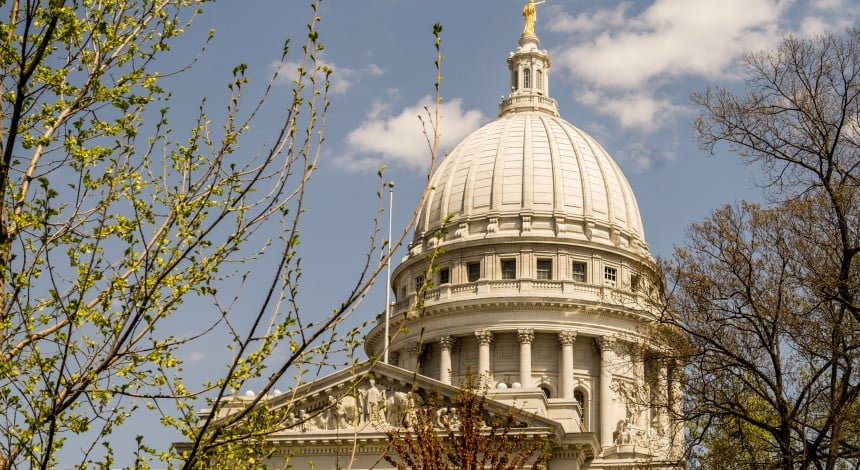 Following the resignation of the only Black executive member in the College Democrats of America, the organization began to reexamine their policies to combat racism in the Wisconsin and University of Wisconsin chapters.

Matthew Nowling, the sole Black member of the CDA executive board, resigned June 27 citing racism and classism in the organization. After Nowling’s resignation as the communications director of CDA, a Coalition of State Federations consisting of College Democrats federations across the US released a letter with a list of demands.

The demands — signed off by 39 states and the District of Columbia and Puerto Rico — included a call for CDA President Mikaela Guido to resign. Guido stepped down July 1 and made Nowling the CDA interim president. In a statement, Guido said the claims of racism against her were “unsubstantiated,” serving as a front for “personal disagreements.”

In a Twitter statement about the incident, Nowling said he was mocked when he brought up diversity within the organization during board meetings. According to Nowling, the organization’s structure was not inclusive for Black, Indigenous, and people of color like him. Though he said these issues did not dominate the organization, they were “pervasive.”

“During my time on the national board, I’ve been ostracized, undermined and mocked,” Nowling said in his statement. “The perpetrators of these efforts have often done this in the open and during executive board calls and have not seen any consequence.”

Nowling’s resignation brought about serious conversations and dialogue among College Democrats federations, as the letter called for the current executive board members to not run for positions in the future. The demands also include the creation of an elected executive board committed to inclusion, diversity, equity and accessibility.

“I know he was not alone in feeling and having those experiences,” McDermott said. “I was personally really proud of him for speaking up, and I know it’s a really difficult thing to do when you’re in such a big organization or institution, but I think he’s brought about some really necessary conversations.”

McDermott said she was glad to see almost all state federations had signed the letter. While looking at changes made in the national organization, McDermott said she did not want to simply point fingers at the CDA without reflecting on Wisconsin’s own structures in need of reform.

College Democrats of Wisconsin recently created a reform plan that will look at their systems and find areas for improvement, according to McDermott. Along with the national organization, McDermott said she wanted to hold her own chapters accountable.

“Sometimes, in progressive politics, people think, ‘Oh, we aren’t racist,’ or ‘We aren’t classist,’” McDermott said. “We push that onto the other parties, but it was really important to open up conversation about some of our own problems that we needed to work through.”

The national dialogue between federations increased the conversation around racism and classism since the incident, according to McDermott. She said federations are looking at reforms to make them come together as a community more than simply discussing the constitution or bylaws for the national organization.

One example of this movement within the organization, McDermott said College Democrats had more town halls in the week following Nowling’s resignations than in most months combined this year.

Rianna Mukherjee, chairperson of the College Democrats of UW-Madison, said the campus chapter had issues with diversity in the past — an issue she planned to combat as a woman of color when she was elected to her position in April.

“I don’t think that people of color should have to go to specifically multicultural organizations to feel represented and welcome,” Mukherjee said. “They should feel that, in their classroom space, there are other people of color and they’re not the only person representing that.”

Mukherjee has tried to make the leadership of the UW-Madison chapter inclusive and diverse. The chapter’s executive board has four women and three students of color, including herself.

Mukherjee said racism exists in all spaces, including UW, and the campus needs to be a more safe and welcoming space for its BIPOC students. She said the predominantly white Greek life, lack of diversity in the political science department faculty and the Abraham Lincoln statue on the top of Bascom Hill make UW unwelcoming for BIPOC.

“I think it’s really important that we realize that maybe for a Black person who walks on Bascom Hill and sees that, that’s not encouraging,” Mukherjee said. “That’s demeaning, and that’s not a welcoming space for people. But that’s the homepage of our website.”

Since the executive board of the UW-Madison chapter has been predominantly white in the past, Mukherjee said there have been specific challenges in making the organization a welcoming space for BIPOC.

Through social media and Zoom calls, Mukherjee is pushing for dialogue on the Black Lives Matter movement within the organization. UW-Madison’s chapter of the College Democrats also organized events to publicly advocate for BIPOC students on campus. Mukherjee said she is also working actively for the organization to acknowledge the space UW occupies as stolen Ho-Chunk land.

“Even if Wisconsin seems like a less diverse place or more like predominantly white space, we still need to be doing just as much work to make sure students of color feel welcome in our organizations and feel empowered in leadership positions,” McDermott said. “We can’t just let like the percentage of students on campus dictate whether or not we’re going to focus on inclusion and diversity because that is something that needs to be happening in all of our chapters.”