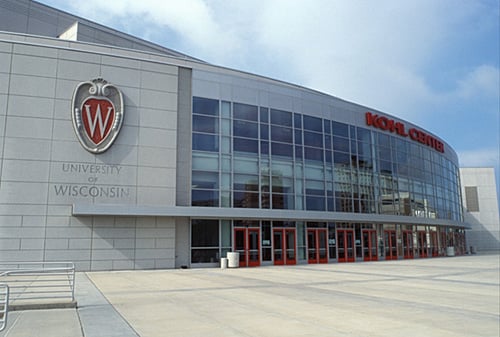 The University of Wisconsin System is projected to experience $168 million in losses for the spring semester as a result of the coronavirus pandemic, with UW-Madison bracing for $100 million in losses.

To recuperate some of those losses, the system asked state lawmakers for $59 million in relief funding, of which $25 million would be allocated toward the $78 million estimated cost of room and board refunds, the Wisconsin State Journal reported. Another $16 million of that sum would cover the costs associated with transitioning to online education.

Though dining halls and dorms are closed, some expenses from these remain unchanged even as dining and residence hall balances are refunded, Schumacher said.

“Some areas, such as restaurant operations, have seen a decline in expenses, but they’ve lost revenue too,” Schumacher said. “For example, we still have utility costs, even when campus buildings are closed.”

In late March, UW-Madison informed student workers via email that they were also offering income continuation for hourly student employees. Student workers will be paid for 10 hours of work per week through April 23.

The pandemic struck at a time when many UW campuses were already experiencing a decline in funding, a yearslong trend that is largely a result of declining enrollment, a tuition freeze and a drop in state funding. Last year, an analysis by the State Higher Education Executive Officers Association found an eight percent decline in per capita state funding for higher education, the fourth highest nationwide.

The persistent decline in funding forced the UW system to dip into its reserves. From 2013 to 2019, UW’s unrestricted fund balance declined from $1.06 billion to $752.1 million. The current balance represents just 12 percent of the system’s operating budget, according to Wisconsin Public Radio.

Another uncertainty for the UW system, which sources around a fifth of its revenue from tuition, is whether or not COVID-19 will impact future class size. According to the National Burea of Economic Research, recessions tend to result in increased rates of college attendance, but many campuses say it is too early to predict how a coronavirus-caused recession would affect enrollment.

COVID-19 may affect incoming freshman college choices, experienceDue to the COVID-19 outbreak, colleges across the United States may feel the impact in freshman enrollment patterns. According to Read…

UW-La Crosse administrators are not currently projecting an increase in enrollment, UWLAX Vice Chancellor of Finance Bob Hetzel said. UW-Milwaukee and UW-Eau Claire spokesmen both said it is too soon to know how the pandemic will affect enrollment.

Many students across the country have demanded partial tuition refunds because of online education, with students at Drexel University and the University of Miami filing class-action lawsuits.

UW-Madison Chancellor Rebecca Blank previously stated that the school would not offer tuition or fee refunds, as per guidance from the UW System. In addition to tuition, full-time students pay $726 a semester in segregated fees, which fund things like bus passes, student services and clubs.

For students majoring in the arts, a significant portion of the value of a degree comes from in-person, hands-on classes, sophomore art major Callum White said.

“While alternative forms of education do work for some art classes, it’s really difficult to do a lot of the work that’s normally required,” White said. “I’m not getting the same experience as I would with a hands-on class.”

White said multiple art classes have special fees for materials and studio use. For instance, he said his glass blowing instructor is still trying to get her students a partial refund of those fees, which are granted on a per-class basis.

Music majors have also seen large changes to their programs. Sophomore violin performance major Alejandro Onate said that most music programs have a large performance component, with many requiring recitals or ensemble participation. For the time being, all those performance opportunities have been canceled.

While Onate and White both acknowledged they were still receiving credit for this semester, they expressed frustration with paying the full price for what is a fundamentally different education.