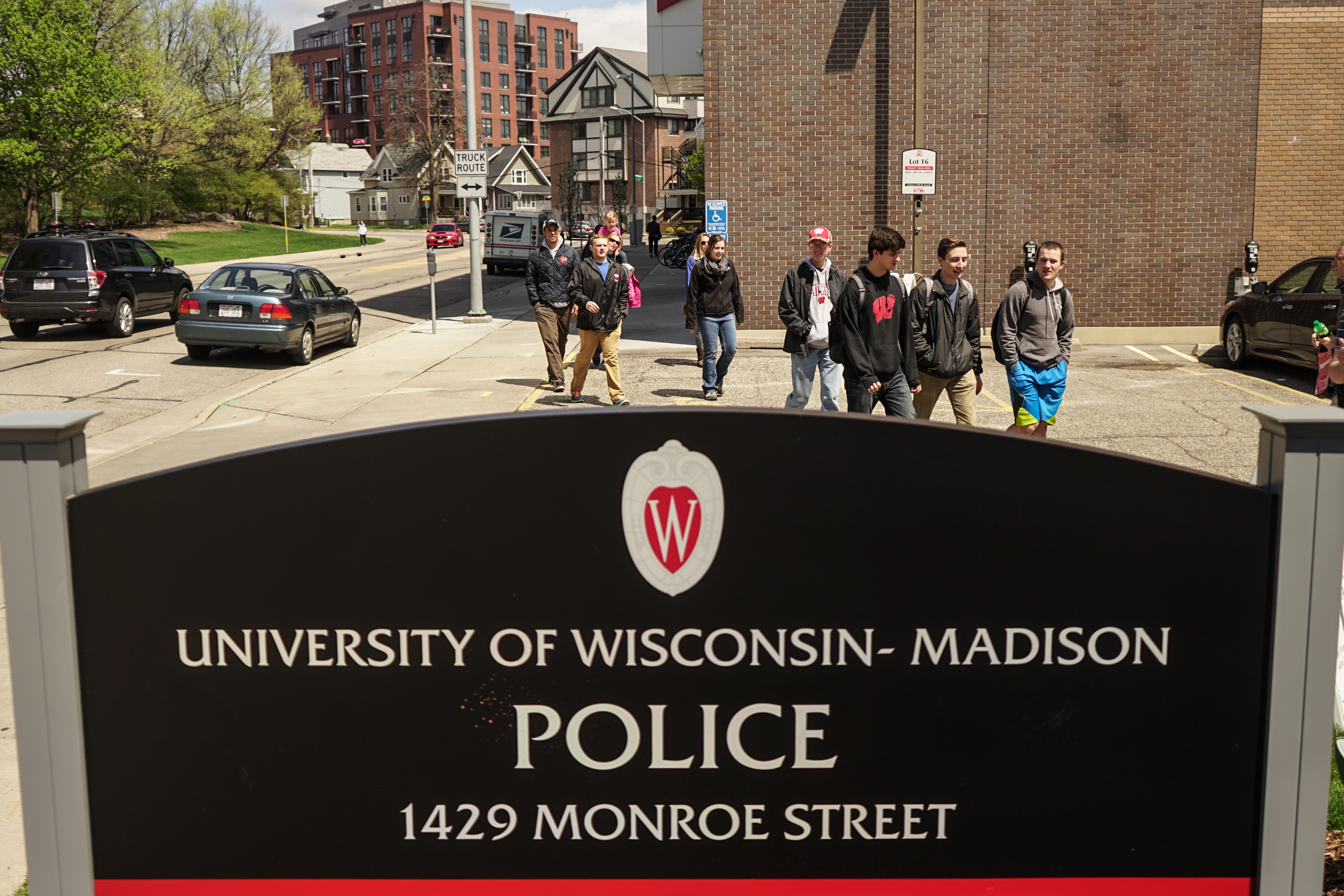 If the University of Wisconsin-Madison were a city, it would be the eighth-most populous in all of Wisconsin. With a combined total of around 67,000 students, faculty and staff, the sheer number of people can pose safety challenges.

“We become a really big city, one of the bigger cities in the state of Wisconsin by sheer size and density, which is one of the big reasons we have our own police department,” Lovicott said. “If we didn’t, the city of Madison would be very busy with lots of additional calls.”

The UWPD certainly plays a major role in law enforcement and campus safety in Madison. In the department’s 2018 Annual Report, it reported a total of 2,696 offenses, including 549 underage alcohol citations and 94 possession of marijuana violations.

The department uses what they call a “behavior-based” approach to policing, and typically only gets involved when individuals engaging in illegal activities like underage drinking bring attention to themselves.

In the residence halls, a typical scenario for police involvement might begin with a house fellow calling in a noise complaint from a dorm party, Lovicott said.

“The typical thought is that we’re out there busting students for underage drinking . . . when we’re very much a behavior-based police organization,” Lovicott said. “If something happens that brings attention to yourself — if you’re being loud, if you’re in a fight — and you happen to be drinking, that’s when we get involved. We’re not just out there looking for people who are keeping to themselves; we’re looking for people who are causing problems and acting in a way that brings a danger to themselves or others.”

Amidst ongoing tensions with university, UWPD removes graduate students from Bascom HallA meeting between the Teaching Assistants’ Association and university officials resulted in a response from the University of Wisconsin Police Read…

The UWPD adopts a similar behavior-based approach when it comes to marijuana possession violations.

Mike Malloy, a police officer with the Madison Police Department, said the district attorney’s office in Madison does not prosecute low levels of marijuana possession on a regular basis. Typically, marijuana possession is addressed through city ordinance violations, which means it is treated as a civil forfeiture rather than a crime.

Malloy, whose patrol areas include State Street and Langdon Street, said the vast majority of calls he responds to involve alcohol consumption. If individuals are drunk to the point where they are incapacitated and unable to take care of themselves, they may be taken into protective custody and transported to a hospital or detox clinic, where they are monitored as they recover.

When an individual finds themselves in trouble with police for a city ordinance violation, they should realize that officers have a certain amount of discretion in the outcome, Malloy said.

“Officers have discretion on whether or not a person is issued a ticket, or if they’re taken to jail,” Malloy said. “If somebody is cooperative, realizes that their behavior was out of line and we have a belief this person is going to head back to their apartment without causing further issues, they’re going to be released with just a citation.”

When it comes to personal safety, Lovicott said individuals should take advantage of the resources UW offers, such as SAFEWalk, which provide a free, safe escorted walk between locations in the evenings and at night.

“It comes down to taking your own personal safety seriously,” Lovicott said. “We all fall into the trap of ‘this isn’t going to happen to me.’ We don’t want people to be fearful about their safety, because we truly believe that UW and the city of Madison is a safe place, but we want people to be vigilant.”

In the case of sexual assault, Nora Burnham, a UW counselor and advocate at the Dane County Rape Crisis Center said in an email to The Badger Herald that some preventative measures are well-known. She cited personal vigilance strategies, such as implementing a “buddy system,” watching one’s drinks and not going out alone at night.

Burnham encouraged individuals to speak up when another person makes them uncomfortable, with some people often saying nothing and hesitating to leave uncomfortable situations out of a fear of appearing rude.

Lovicott cited campus resources as being particularly helpful when it comes to getting these crimes reported.

“There are some amazing resources on campus for survivors of sexual assault and we are just one of those resources. Oftentimes an individual who has experienced a sexual assault may not want to go to the police, or may feel afraid to tell their story,” he said. “We’ve heard from many people who want to find different ways to handle it, and the university has an amazing job of offering a number of resources to help individuals.”

UWPD has a list of confidential resources on its website. These include University Health Services, End Violence on Campus, and UHS Counseling and Consultation on-campus.

Off-campus, some listed resources include the UnityPoint Health Meriter Forensic Nurse Examiner, which provides a medical and forensic examination for victims of sexual assault, domestic violence and dating violence, and the Rape Crisis Center, where Burnham is an advocate.