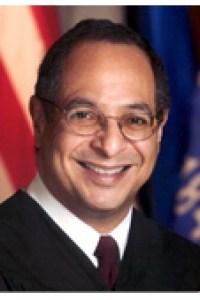 Louis Butler is the first and only African American to serve on the Wisconsin Supreme Court. He was also one of the first judges to face the types of partisan attack ads that are now commonplace in American politics.

After being appointed to the court in 2004 by former Gov. Jim Doyle, Butler enraged his opposition and planted the seeds for his downfall by contributing to a series of bold, progressive lawsuits. Butler himself later traced his defeat to three cases.

The first overturned an appellate court decision ruling the operators of a crane at Miller Park that collapsed and killed three workers weren’t on the hook for $94 million worth of punitive damages because they didn’t act with malice or intent to harm. Butler, along with four other justices, found the interpretation too narrow and lowered the threshold for awarding damages. 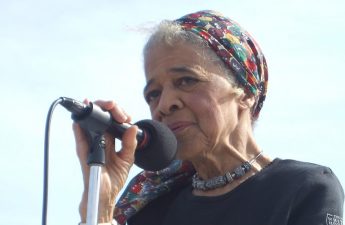 They were here: The life and legacy of Vel Phillips, first Black woman to graduate from UW law schoolIn honor of Black History Month, The Badger Herald is highlighting distinguished Black University of Wisconsin alumni. More than 300 Read…

The second arose from a medical malpractice case that resulted in the partial paralyzation of a young boy. After Matthew Ferdon was injured during birth as a result of a doctor’s negligence, Ferdon sued for damages. A jury awarded Ferdon $700,000, but a judge subsequently reduced it to $410,322 to comply with the state’s damages caps. Butler contributed to a ruling that struck down the cap for pain and suffering.

The third, Thomas v. Mallett, would draw fierce opposition from Wisconsin’s business lobbies. Paint companies were “aware of the dangers of a lead pigment used in paint as far back as 1904 but continued marketing their products through the 1970s,” the Associated Press reported.

When a boy ingested lead paint chips that left him with mental disabilities but couldn’t prove which company made the paint, Butler and three other judges ruled the boy could sue several local lead paint manufacturers.

Wisconsin Manufacturers and Commerce called this last ruling a “disaster” and feared it would set a “dangerous precedent” where all lead paint manufacturers were responsible for the harms caused by lead paint. In 2008, when Butler was seeking re-election, WMC poured $2.25 million on ads attacking Butler and favoring his opponent, Judge Michael Gableman of Burnett County. 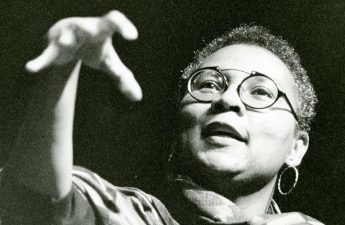 Their “Loophole Louie” ad — which was later compared to the notorious “Willie Horton” attack ad by Madison Mayor Paul Soglin — was a centerpiece of their ad campaign. An ad released by Gableman himself similarly played off the “loophole” theme, claiming Butler defended a rapist named Reuben Lee Mitchell when he was a Milwaukee public defender that would go on to molest another child.

“Butler found a loophole,” the ad states, glazing over the fact that the rape happened 20 years after Butler defended him and after Mitchell had served his sentence.

As controversial and extreme as the ads were, they worked. Butler was the first incumbent Supreme Court judge to lose a re-election since 1967, and only the fourth in state history to do so.

“It was absolutely transformative,” University of Wisconsin professor Howard Schweber told Wisconsin Public Radio. “2008 marks the beginning of the conversion of Wisconsin judicial politics to just an extension of partisan politics by other means.” 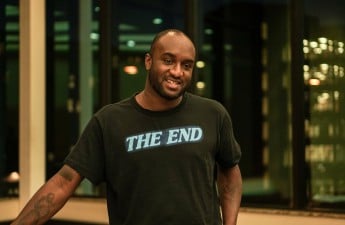 Butler started his law career at UW, earning his law degree in 1977, and returned to campus after his failed re-election in 2008 to serve a two-year stint as the Law School’s Justice in Residence.

Barack Obama would appoint Butler to a vacant federal courtship in Madison in 2009, but, like before, his nomination drew ire from Republicans. After failing to appoint Butler several times, Obama and leaders of both parties agreed to drop Butler and three other nominees.

Butler received a long list of awards during his long career as judge and lawyer, including the American Federation of Teachers Local 212 Humanitarian of the Year Award, the NAACP Foot Soldier’s Award and the Wisconsin Council of Deliberations. He is currently a lawyer at DeWitt, Ross & Stevens, where he focuses on construction litigation and environmental issues — areas where he made his name known years earlier.