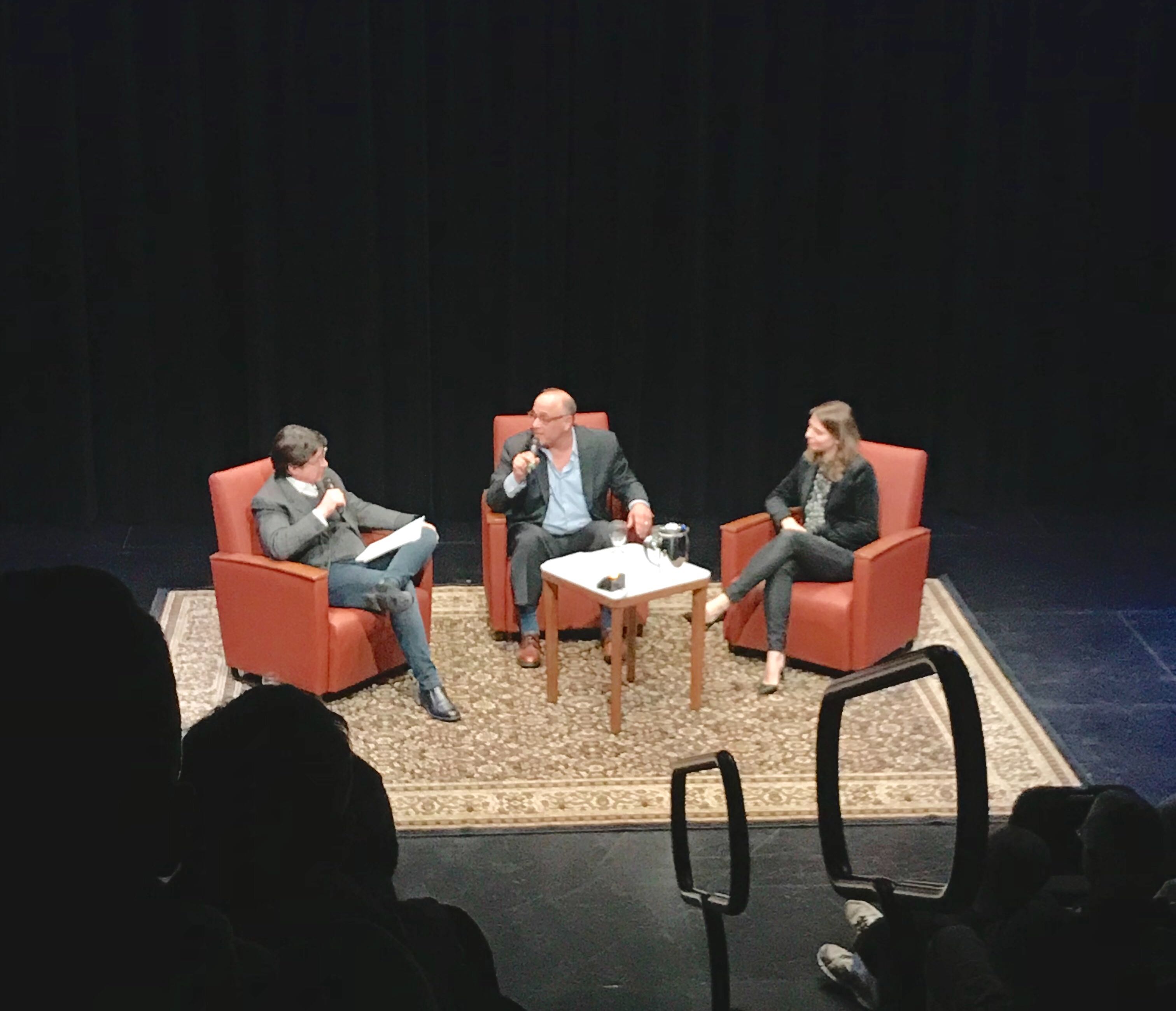 The Wisconsin Union hosted a public conversation with Brendan Dassey’s lawyers Laura Nirider and Steven Drizin, whose case and post-conviction process made waves globally in the Netflix documentary series “Making a Murderer.”

The wide-ranging talk covered coerced and false confessions, interrogation tactics and Dassey’s wrongful conviction. The lawyers advocated for a revolution in how the criminal justice system goes about convicting children, specifically the interrogation process.

In 2007, 16-year-old Dassey was found guilty of assisting in a 2005 Manitowoc County murder on the basis of a confession that his lawyers believe was coerced. Though Dassey is still incarcerated at the age of 29, his lawyers have fought the conviction, both for Dassey’s sake and for that of other juveniles who they believe have been unfairly treated by the criminal justice system. Through the success of the series, Dassey and his legal team have gained tremendous public support.

Dassey was interrogated by police four times over a 48-hour period with no legal representative, parent or other adult present. He was a high schooler enrolled in special education classes at the time of the trial. Drizin said Dassey’s verbal skills scored in the lowest percentile, meaning he lacked a skill set essential to navigate an intense police interrogation.

Nirider and Drizin highlighted the downfalls of the criminal justice system’s treatment of juveniles, especially in these interrogation scenarios. In Dassey’s interrogations, he was on the other side of highly effective manipulation tactics used by detectives, including the legal practice of lying about the nature of the evidence against him.

“That made him feel that he was so backed into a corner that he had no choice but to cut his losses by filling in those blanks that the officers wanted to hear,” Nirider said.

A false confession leading to a wrongful conviction is not uncommon, Nirider said, and is one of the main reasons she advocates so strongly for juvenile justice. She has served for more than 10 years at the Center on Wrongful Convictions of Youth, an organization that represents those who claim to have been wrongfully convicted. The organization receives 3,500 letters a year from inmates.

Staffed with just four people, however, the organization can’t help everyone.

“It is certainly true that being young or having an intellectual disability in the criminal justice system makes you more vulnerable in the interrogation room, but it is also true that even kids who are honor roll students or white collar workers have falsely confessed,” Nirider said. “Every single one of us has a psychological breaking point, and that is the point that these interrogation techniques are designed to find.”

Dassey was convicted in 2007 for first-degree intentional homicide, first-degree sexual assault and mutilation of a corpse. Though he was only 16-years-old at the time of the trial, his intellectual disabilities were ruled irrelevant by the court and he was tried and sentenced as an adult. He was sentenced to life in prison with eligibility for parole in 2048.

Dassey’s DNA was never found at the crime scene and his description of the crime during his interrogation did not corroborate the crime scene, meaning that the only evidence against Dassey was his confession.

After his conviction, Drizin and Nirider filed a writ of habeas corpus in federal district court for release or retrial, claiming Dassey’s constitutional rights were violated due to ineffective assistance of counsel and a coerced confession.

After viewing the interrogation video, a federal judge in Wisconsin ruled that Dassey’s confession had been coerced and overturned his conviction and life sentence. But the United States Court of Appeals for the Seventh Circuit upheld Dassey’s conviction by a vote of 4–3, with the majority finding the confession to be valid.

Though Dassey has not been exonerated, Drizin and Nirider have hope their fight has not been in vain. They have worked with lawmakers and advocates in Illinois and California to pass legislation requiring that children have a meaningful consultation with an attorney before they are interrogated in certain circumstances. They will soon work with lawmakers in other states to pass similar legislation.

“I expect there will be even more opportunity to use Brendan’s case for the benefit of others down the road,” Drizin said. “I am going to spend the rest of my life trying to get other states and federal courts to adopt the thinking of those judges who saw it from a scientific and legal point of view and understood the way that teenagers think and act when under pressure.”