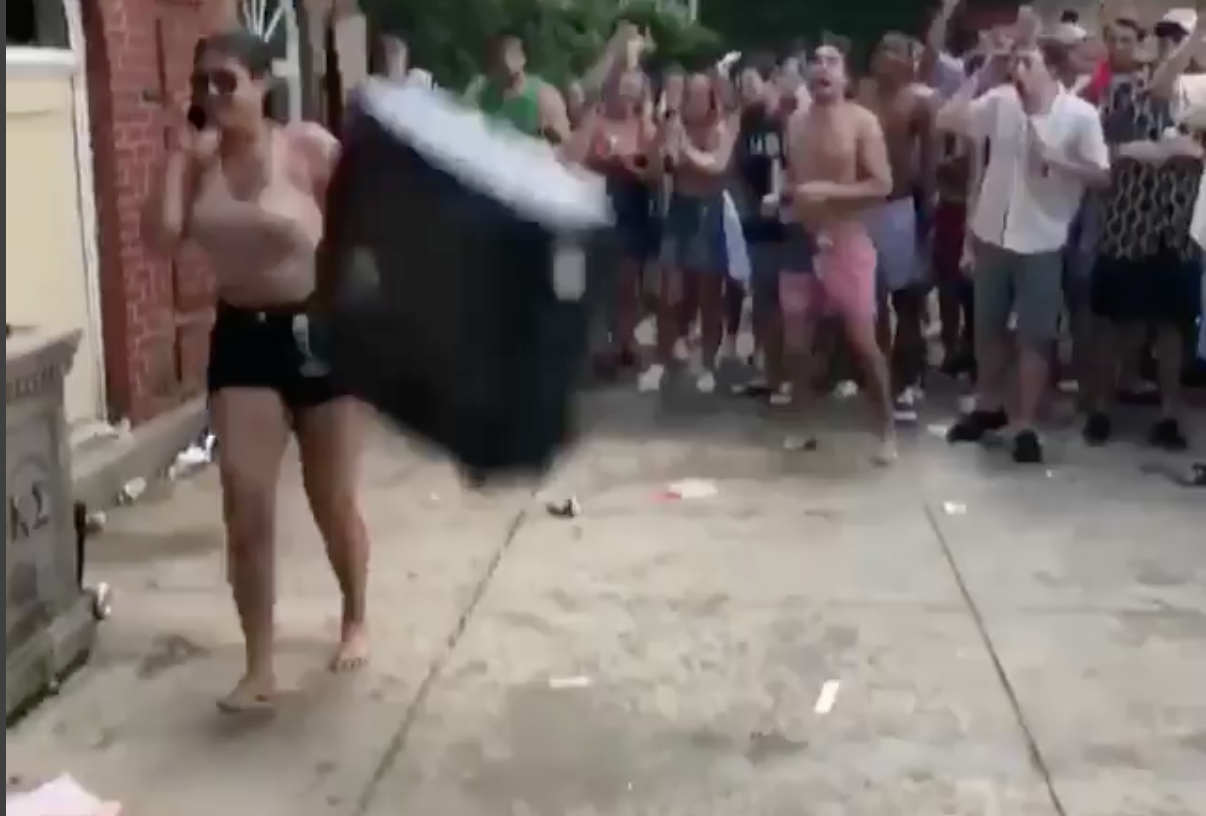 The University of Wisconsin suspended Kappa Sigma fraternity Thursday following a viral video which showed a woman narrowly avoiding being crushed by a falling television at a party.

The video, posted on the Instagram page of badgerbarstool, shows a woman walking across the grounds of the fraternity as a television, dropped from above, misses her by inches.

This girl was an inch away from death @5thyear

The interim suspension will prevent the fraternity from holding events, reserving spaces or enjoying the other privileges of student organizations status, according to a UW press release.

The Division of Student Life will conduct an investigation to determine whether the fraternity was in violation of the Student Organization Code. If it’s found in violation, other sanctions could be leveled against the fraternity. Individuals could also be held accountable under the nonacademic misconduct code.

The suspension comes two days after the Kappa Sigma national office terminated UW’s charter of the chapter, which further suspends its operations.