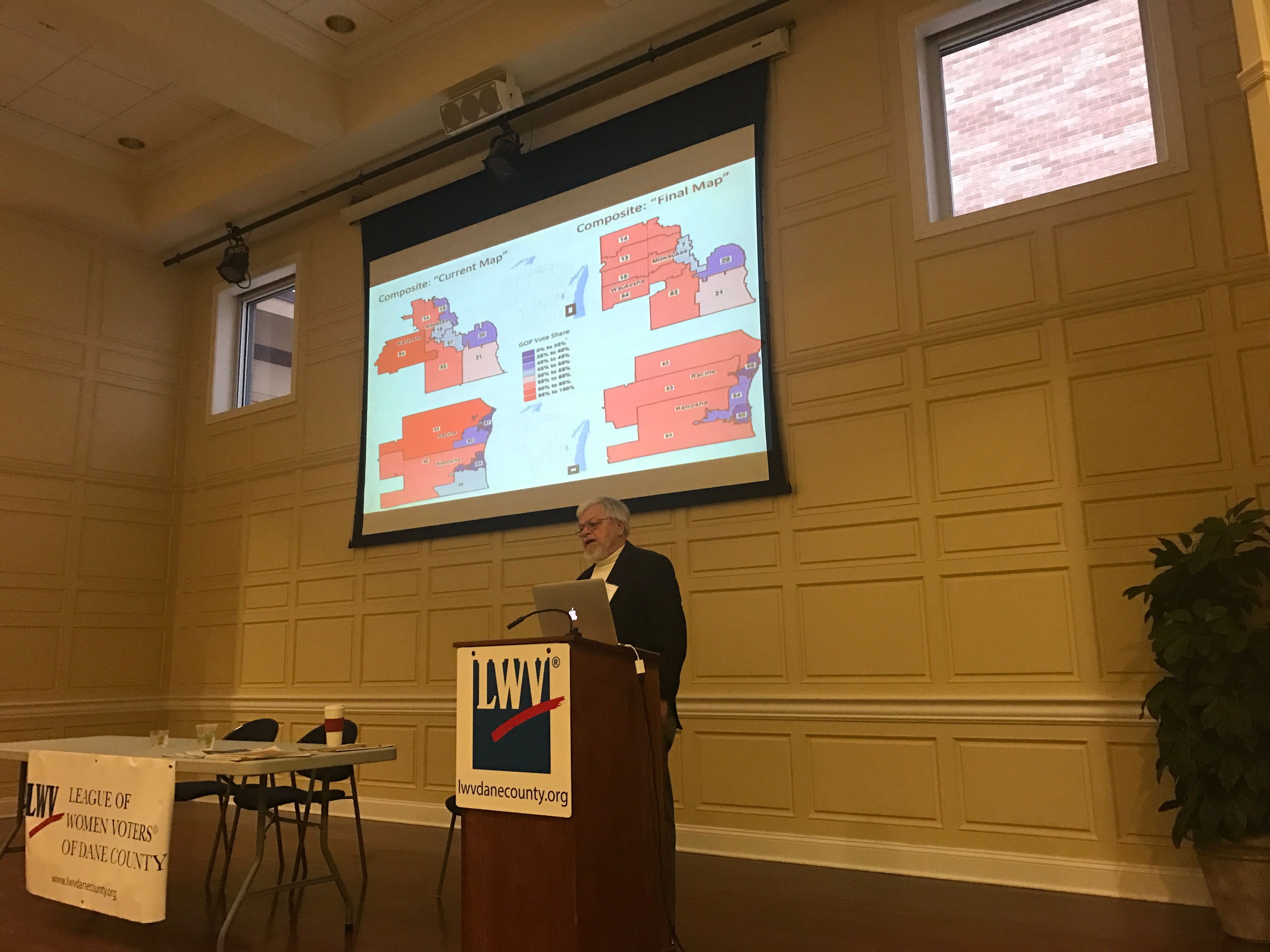 Gill v. Whitford is a case Whitford brought forth in 2013 concerning the gerrymandering in Wisconsin’s 2011 elections. He said the consequences of gerrymandering can have negative effects on the state because the majority party is given enough power to decrease the amount of bipartisan bills passing through the Assembly.

The case was built on the district-by-district analysis given by Whitford’s team along with a statewide analysis presented to the Supreme Court. Whitford gave the LWV an example of this district analysis by discussing the drawing of Republican-favoring boundaries on Milwaukee area counties such as Waukesha, Racine and Kenosha.

To provide insight about gerrymandered states, Whitford explained that in an effort to fund roads, the Wisconsin Legislation increased registration fees on only hybrid and electric cars.

“It would be the first time in history that a federal court had struck down a state legislature as being unconstitutional because of excessive partisan gerrymandering,” Whitford said.

Whitford said his team is now in their second long period of waiting as they anticipate the Supreme Court’s decision, which is expected in June.

During this waiting period between the trial and the decision, Whitford said other gerrymandering cases were impacted by Wisconsin’s. Maryland had a case awaiting trial in the Supreme Court that took place last week.

Originally, the Maryland case was to use the decision on Wisconsin’s case to be cited in their argument, Whitford said. But he now suggested that Maryland’s decision will come in at a similar time as Wisconsin’s.

Whitford said if he wins this case, a large wave of grassroots organizers will push for removing the power of district boundary drawing from the hands of legislators. He also added that the power should be moved into a non-partisan commission.

“The cause of redistricting reform has — over this five year period I’ve been involved with it — really grown grassroots [even] right here in Wisconsin,” Whitford said.