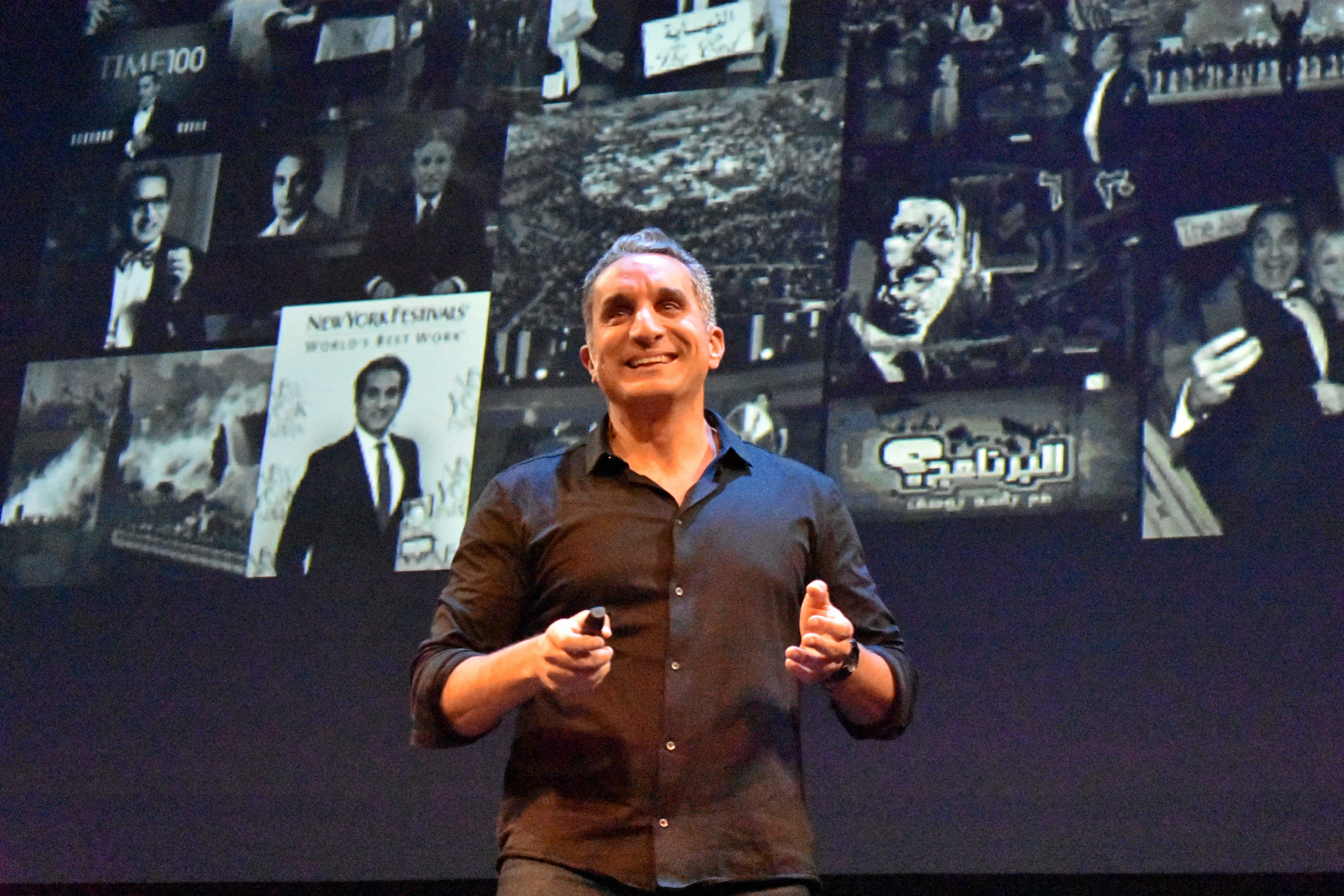 Bassem Youssef has a cultish following. As an exiled Egyptian comic and TV host, the satirist has acquired many adoring fans as well as his fair share of people who’d rather see him in jail.

Wednesday night, Youssef spoke to an audience of nearly 1,000 people at Shannon Hall at the University of Wisconsin as part of the Distinguished Lecture Series.

The ex-surgeon is touring the country promoting his recent autobiography entitled “Revolution for Dummies: Laughing through the Arab Springs.”

Before Youssef came to the U.S., he was a prominent figure among the underdeveloped YouTube community in the Middle East. Youssef said he and a few friends had nothing but a laptop, a camera to record and a lot of commentary on the state of politics in Egypt.

Youssef went on to host and write for his own show in Egypt called The Show, a program compared to Jon Stewart’s late night comedy show, Youssef said. After a year of production, the political comedy show was shut down due to criticism from the government and the public.

A practicing Muslim and proud Egyptian, Youssef joked that the Shannon Hall was the most heavily monitored location in the Midwest as there were so many Arabs in one spot.

After an uproarious sea of laughter, Youssef looked back to the Egyptian revolution and criticized the media’s portrayal of the events that transpired.

“The media depicted the revolutionists as lunatics,” Youssef said. “I don’t know if this was the Arab Springs or Arab spring break.”

He continued to criticize the media’s portrayal of General Sisi, Egypt’s current president, claiming his regime propagated fake news, and consequently, many people were detained and killed.

Youssef quickly came to his country’s defense, however, by saying America cannot judge the Middle East.

“The U.S.A. spent $10 billion on Trump,” Youssef said. “In the Middle East, assholes come for free.”

As a current Los Angeles resident, Youssef commented on the intricacies of being an Arab man in the U.S. during a time of volatile relations between America and the Middle East.

He said “owning” an Arabic accent makes everything seem scarier, even mundane sentences like saying good morning can be misconstrued as threatening.

“Right now, satire and sarcasm are anecdotes to fear.”

Correction: A previous version of this article suggested nearly 300 people attended the lecture. The post has now been updated to more accurately reflect the number of people in attendance. The Badger Herald regrets this error.