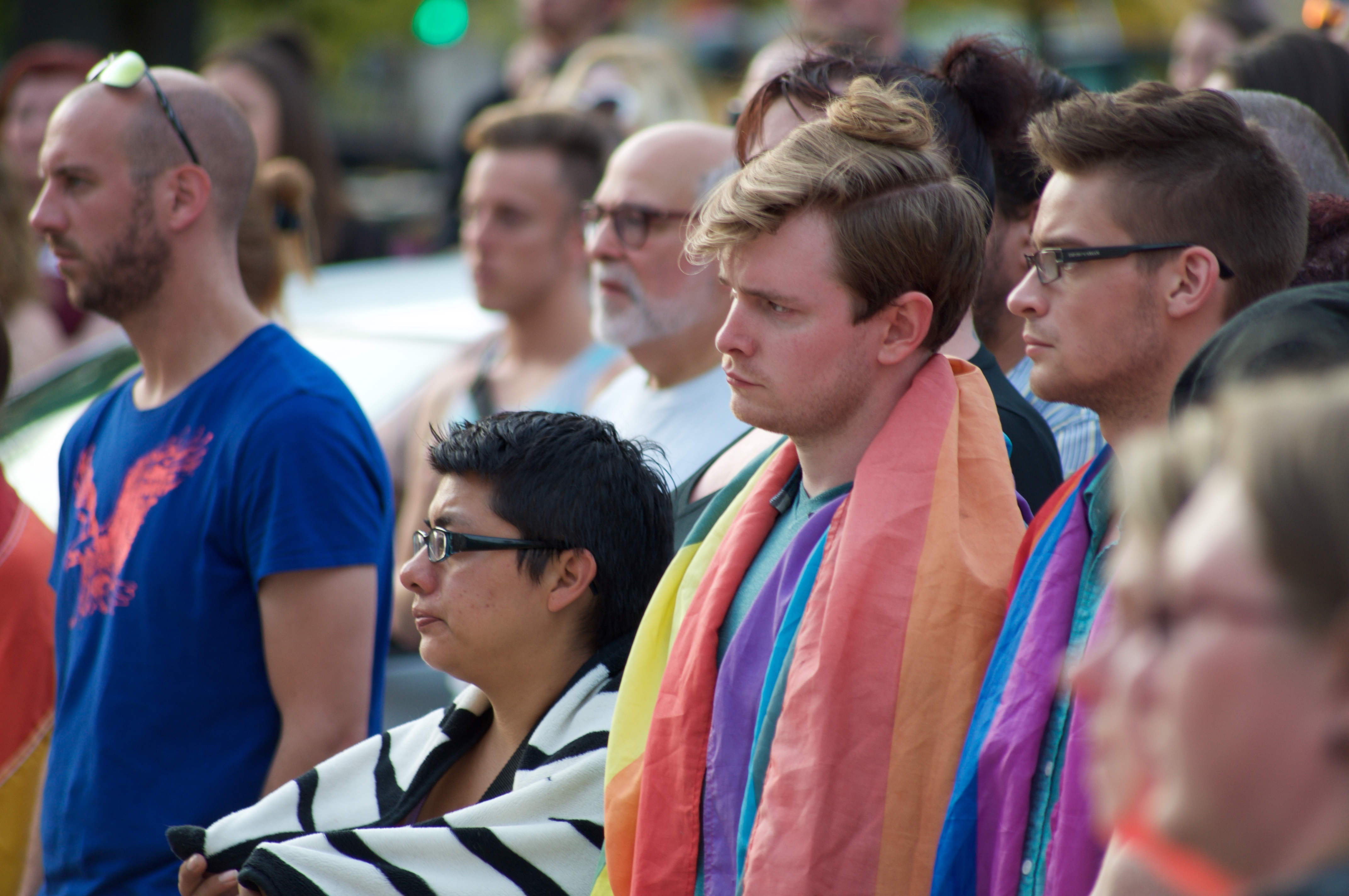 Hundreds gathered Monday evening at the Wisconsin State Capitol building to show their support for the LGBTQ+ community after a mass shooting Sunday that killed 49 people and injured 53 in Orlando, Florida.

Speakers from the Madison area expressed their sympathies in front of the crowd of supporters who then joined hands in a circle that spanned around the building.

LGBTQ+ supporters held flags, signs and candles in support of the victims of the Orlando shooting. According to the Madison Police Department, more than 400 people attended the vigil.

At the vigil, community members also showed support for the law enforcement that responded to the deadly shooting. MPD Chief Mike Koval was among those mourning with the community.

Rep. Chris Taylor, D-Madison, spoke in support of the LGBTQ+ community and called for stricter gun legislation at both the national and state level.

In a statement, Taylor said she was “sick” over what happened in Orlando and offered her condolences to the families of the victims.