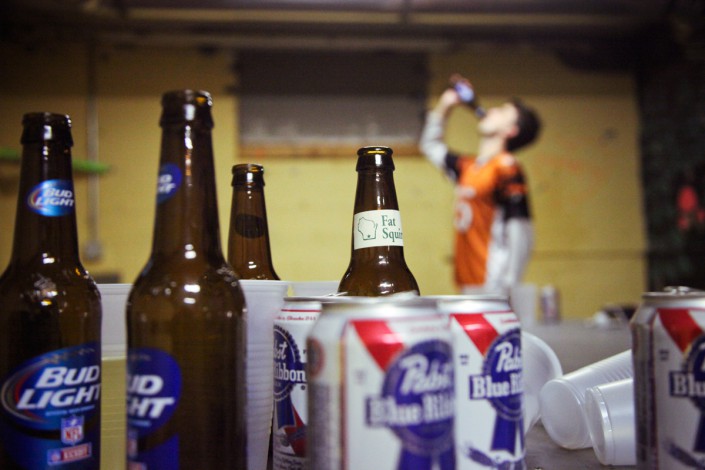 With Wisconsin’s ranking of number one in the nation for binge drinking, the prevalence of alcohol in Wisconsin has yielded health, social and economic consequences.

The cost of “excessive alcohol” use in Wisconsin yields $6.8 billion every year, according to a 2013 report by the University of Wisconsin Population Health Institute. According to UW’s report, Wisconsinites pay for lost productivity at work, death, health care, criminal justice and motor vehicle crashes.

In 2011, excessive alcohol consumption resulted in more than 1,500 deaths, more than 48,000 hospitalizations and more than 60,000 arrests, according to the UW report. In 2012, there were 5,024 alcohol-related car crashes in Wisconsin, resulting in 223 fatalities, according to the Wisconsin Department of Transportation.

“Young people who are on residential college campuses have higher rates of excessive alcohol use than young adults who don’t attend college or attend schools where they don’t live on campus,” Sherman said.

In most years since 2003, heavy alcohol use — two drinks per day for men, and one drink per day for women — has been the highest for young adults ages 18-24, according to another report by the Wisconsin Department of Health Services from 2014. 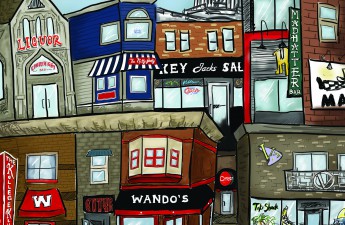 Campus area bars strategize ways to diminish use of fake IDsIn a climate where fake IDs are readily available to college students, all that stands between underage students and the Read…

Popularity of alcohol in Wisconsin

Sherman said one of the primary problems is that alcohol is simply more prevalent in Wisconsin. Close to 65 percent of Wisconsin’s population over the age of 18 drinks on a regular basis, Sherman said. In most states, that number is around 50 percent, she added.

Additionally, Wisconsin is not only ranked number one for binge drinking, but also intensity of drinking. Adult Wisconsinites reported drinking an average of nine drinks per occasion, according to the UW report.

Richard Brown, UW family medicine professor, said there are events in Wisconsin such as festivals and athletic games where alcohol is expected to be served, but for other states, it would be unusual to see alcohol at these functions.

Heavy alcohol use for all adults has been higher than the national average in Wisconsin since 2004, according to the Department of Health Service’s report.

Sherman said Wisconsin generally has more alcohol-related problems than other states, but that it is hard to make comparisons because states’ laws are so different.

Overall, Brown said Wisconsin has less stringent laws for regulating alcohol. He said Wisconsin’s alcohol-friendly culture is both the cause and effect of these lenient laws.

“One of the reasons the culture becomes self perpetuating is the culture is reflected in lax laws,” Brown said.

In 2011, Wisconsin passed a law to allow residents to buy alcohol starting at 6 a.m. rather than 8 a.m. Brown said Wisconsinites already drink more than residents in the vast majority of states, and it was unnecessary to give residents an extra two hours to buy alcohol.

Minnesota residents cannot buy alcohol before 8 a.m., and are also prohibited from purchasing alcohol on Sundays. Liquor cannot be purchased from supermarkets or gas stations like it can be in Wisconsin and high proof alcohols, like Everclear, are also outlawed. 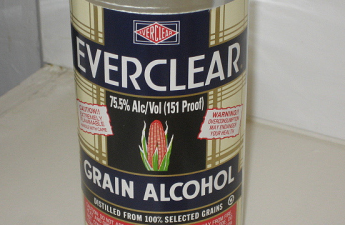 Wis. could see ban on Everclear, high proof alcohol salesStudents may run into some obstacles with their wop and Jungle Juice-themed parties if a bill to ban all sale, Read…

Wisconsin also has a law that allows minors to drink with their parents in licensed facilities. Brown said this law is “unheard of” in almost every other state.

Despite these seemingly lenient laws for regulating alcohol in Wisconsin, Sherman said Wisconsin is not the only state with these issues.

“Wisconsin is far from alone in this problem,” Sherman said. 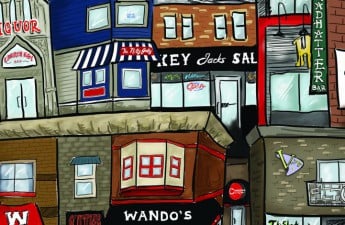 One of the ways to curb Wisconsin’s excessive alcohol consumption is to put in place “speed bumps” to prevent underage drinking and binge drinking, Sherman said.

One of these strategies would be to implement an alcohol beverage control board, Sherman said. This would make alcohol less readily available by regulating advertisements, licenses and products.

Brown said laws in Wisconsin simply need to be stricter. One of the best ways to deter excessive drinking is to increase taxes on alcohol, he said. If alcohol was more expensive, less people would buy it — particularly young drinkers, he added.

For students, Sherman said it’s important to understand that despite Wisconsin’s culture, alcohol isn’t necessary. She also said there are services available for those students who do drink excessively.

“Kids that choose not to drink — they still have a great time as well,” Sherman said. “It doesn’t have to be part of your college experience.”