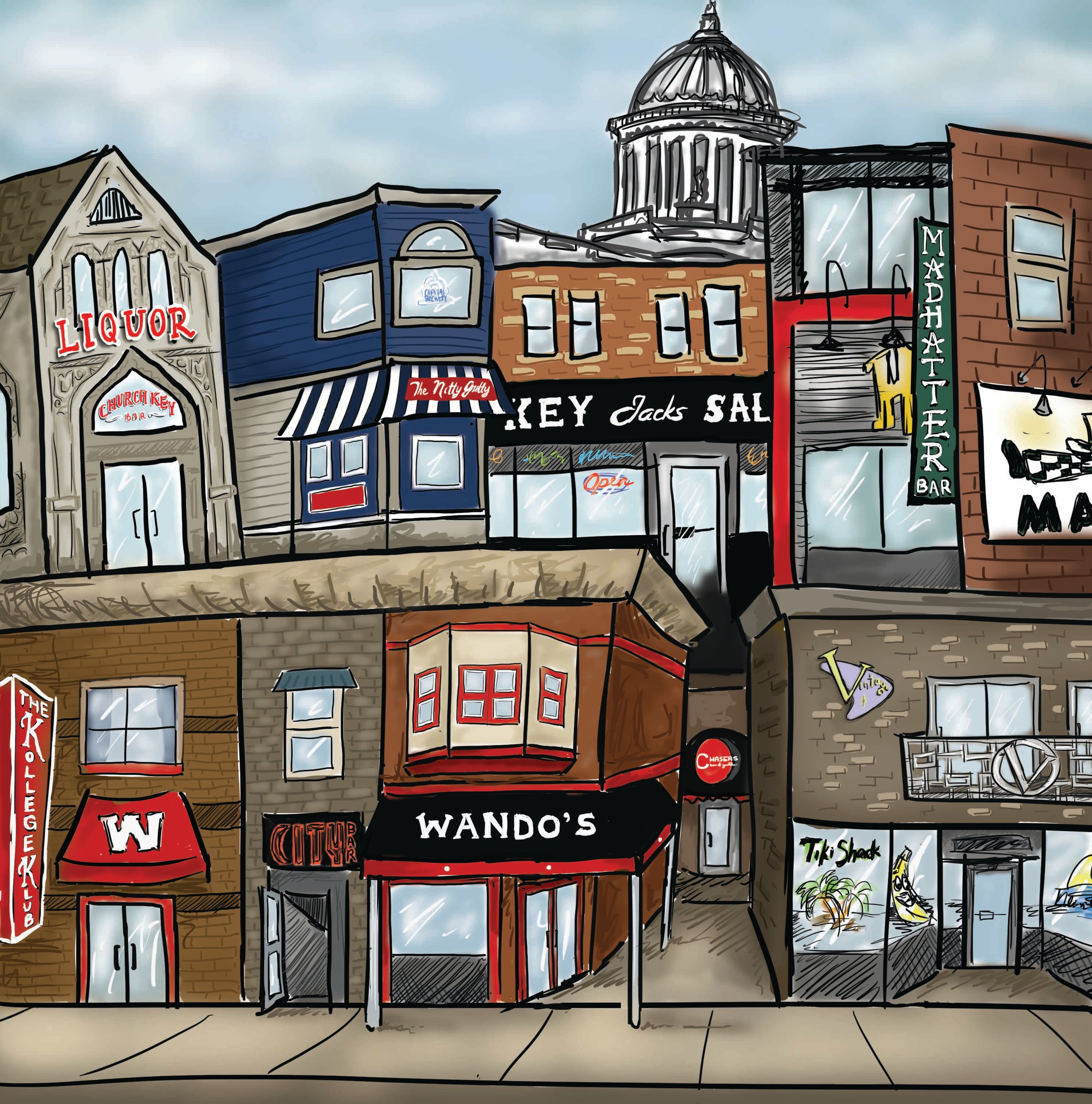 In a climate where fake IDs are readily available to college students, all that stands between underage students and the bars on a busy Friday night are the bouncers.

Grant Hattenhauer, a bouncer at Chaser’s, turns away between 50 and 60 fake IDs every night.

“I’ve never confiscated a fake ID,” Hattenhauer said. “My manager told me, ‘you can if you want to,’ but I was in that position so I’m not going to take someone’s ID.”

Bar owners have to trust the bouncers to do their job, even though bouncers may have been in the shoes of underage drinkers a few short years ago.

Bouncers are trained to recognize fake IDs and when a person is trying to use an ID that doesn’t belong to them, Hattenhauer said.

“Honestly, people who have a real ID, but it’s not them, have a way better chance of getting in than a fake ID,” Hattenhauer said.

Fake IDs confiscated by bars or liquor stores are required to be turned over to MPD, Barcheski said. If a police officer confiscates a fake ID and issues a citation, the fake ID is tagged as evidence, he said.If no form of law enforcement action takes place, the fake ID is often turned over to the community policy team, a unit of MPD responsible for tavern safety inspections and used for training, he said.

There is no ordinance that requires an establishment to confiscate a fake ID if they identify one, Ald. Mike Verveer, District 4, said. That is at the discretion of the establishment, he said.

Some bars offer their bouncers a bounty, such as $5, for each fake ID they confiscate, Verveer said. This practice is not encouraged by the city, he said, but bars are often motivated to incentivize their bouncers to take fakes when they believe they’re in trouble with the cops.

“I think our manager kinda understands that taking fake IDs isn’t the best way to bring business here,” Hattenhauer said. “When those people turn 21 they might not want to come back.”

Bouncers may receive a monetary reward if police raid a bar, begin to check people’s IDs and do not find any underage patrons or fake IDs, Hattenhauer said.

A common misconception is fake IDs are always falsely made, but the greater challenge is real IDs being used to represent another individual, Chase Rudy, co-owner of Chaser’s, said in an email to The Badger Herald.

Hattenhauer said the state IDs which are most commonly used as fakes are Ohio, Illinois, Connecticut, Maryland and Colorado.

A majority of fake IDs used today are real IDs being used fraudulently to represent another individual, Verveer said.

In the past, fake IDs were often poorly made, Madison Police Department Officer Michael Barcheski said. In the digital age, it’s becoming more difficult to recognize fake IDs as the quality improves, he said.

MPD analyzes people’s behavior and uses subtle clues and differences on the ID to tell if it is real or fake, Barcheski said.

Having a fake ID and using another’s ID fraudulently is actually the same offense in the eye of the law, Barcheski said. The ID will be confiscated and the offender could receive a $439 citation, he said.

MPD routinely meets with any bars in Madison that are willing to sit down with them, Barcheski said. They discuss distinguishing real IDs from fake IDs, as well as other safety measures for their bars, he said.

Twice a year the city sponsors a volunteer tavern safety training program that every tavern owner, manager and employee is invited to, Verveer said.

The training is the main way the city holds discussion on fake IDs, Verveer said.

Some establishments use scanners to help check IDs, but there are no city ordinances or consistent requirements to regulate whether an establishment has to use a scanner, Verveer said.

“It is really up to the establishment’s discretion as to how they verify an identification is valid and further, who they even are requiring identification from,” Verveer said.

The Wisconsin Union recently implemented a more advanced scanning system this summer, Jim Long, Wisconsin Union restaurant division manager, said. This new scanner is able to take a high resolution picture of each ID and check for different fraud protections each state has, such as holograms or microprints, he said.

Some establishments choose to scan IDs not to determine if they are fake, but to recognize individuals that have caused disturbances in the past, Barcheski said. Some softwares build networks with other bars to pass along this information, he said.

About 10 years ago, the city attempted to provide downtown establishments with scanners, which initially helped curb the use of fake IDs, Matt Bents, manager of Riley’s Wines of the World, said in an email to The Badger Herald.

“With advances in the production of fake IDs, scanning is not that effective of a tool, as even fake IDs will now pass along data to the reader, making it appear as if they were legitimate,” Bents said.

Over the years, the city has increasingly moved away from requiring scanning because there is no real consistency in effectiveness, Verveer said.

“There are a few examples of bars over the years that have been required, because of past enforcement actions, by the city to employ a scanner,” Verveer said. “The number of establishments that utilize scanners because of a city requirement is down to a handful or fewer.”

Still, with all the strategies employed by bars and police, many underage drinkers are persistently entering Madison’s bar scene near UW’s campus.

“I probably get more [fake IDs] on like a Tuesday night, a Wednesday night or a Thursday night then I would on the weekends, just cause underagers know it will be easier during the week, which we usually are,” Hattenhauer said.