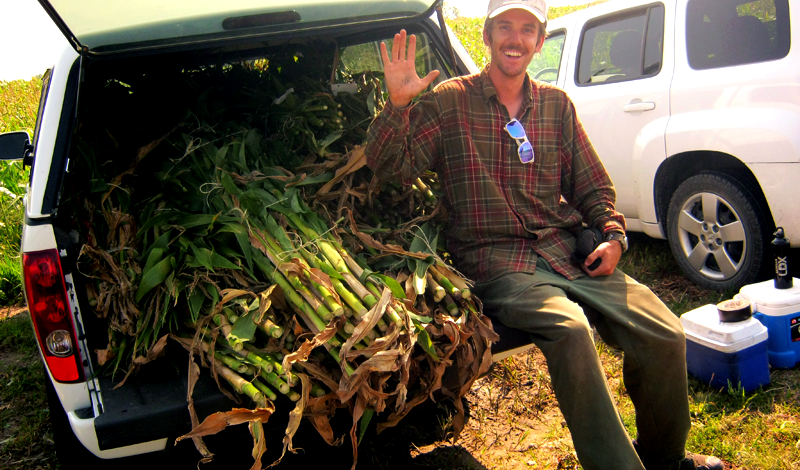 For his research in water and vegetation sustainability, University of Wisconsin freshwater and marine sciences Ph.D. student Sam Zipper has been awarded the Green Talents prize, an award recognizing those who make the societies in which they live in more sustainable.

Green Talents is a German-based prize and awards 25 researchers around the world to promote the international exchange of innovative green ideas. Zipper said awardees visited Germany during the last two weeks of October where they met with German scientists and saw different research institutions.

Zipper, who is the only American among the 24 other winners, said the announcement is surprising considering he didn’t anticipate receiving the honor.

“It was one of those last minute decisions on whether or not to apply,” Zipper said. “I figured it couldn’t hurt to try. It’s a great opportunity; I was just fortunate enough to get it.”

But his interest in sustainability was one that began at an early age, as his parents were enthusiastic about the outdoors. When spending time with them, they would frequently be outdoors or in the mountains of Seattle. But Zipper said since he was raised in a wet part of the country, his interest always gravitated toward water. It was when he was earning his undergraduate degree from Pomona College where he was able to get a better understanding of how the natural world works.

At UW, Zipper’s research focuses on the field of ecohydrology, which he said looks at the interactions between water cycles and vegetation. As the world population continues to grow more rapidly, there are “dramatic impacts” on water and soil resources, and the work Zipper does makes sure people are able to produce enough food to feed the growing population in a sustainable manner.

“In order to make sure my research has an influence and the knowledge is transferable to people elsewhere around the world, it’s really important to kind of meet with other researchers and visit other institutions, climates and landscapes to see what environmental problems they have,” Zipper said.

The main focus of his research is the Yahara watershed, which is one of the more historically studied watersheds in the world. As part of the prize, he is able to study with a German scientist of his choosing and create a project together. While Zipper plans on completing his study next fall, he said the international experience has value because it helps provide context to the work being done in Madison.