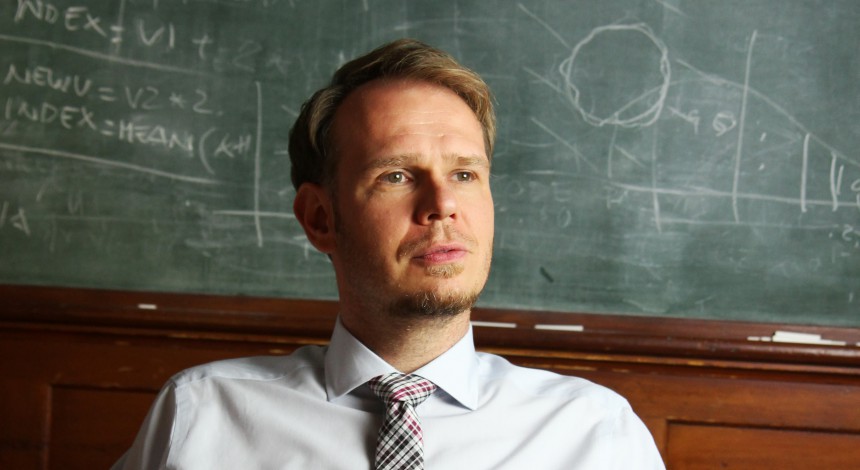 Professor Dietram Scheufele has devoted much of his life to researching what he calls “the big sloppy questions of our time.”

What Scheufele describes as society’s unanswerable questions, such as global climate change, stem cell research, healthcare and the future of our military, all have an inherently scientific core. This has led him to devote much of his career to researching the way that scientific information is shared and viewed, Scheufele said.

Scheufele is a professor of Life Sciences Communication in the University of Wisconsin College of Agricultural and Life Sciences.

Almost all recent technologies have shared three characteristics: they’re fast moving, super complex and many of the questions about the technology are not based on the science behind them, but rather on their ethical, legal and societal implications, he said.

“Everybody trusts the scientists and engineers to do the science right,” Scheufele said. “Do they trust [them] to think about the long-term consequences? Not so much.”

One of the most surprising things Scheufele has found in his recent research is the way people interpret technology based on the comments section of a newspaper article.

Keeping everything but the degree of civility in an article’s comments section constant, he found that in the uncivil condition people thought the story was more biased and were more polarized in their views of the technology, something he dubbed “the nasty effect.”

In a current study, Scheufele is looking to fix “the nasty effect,” and though the study is ongoing, initial findings suggest that inserting a fake moderated comment significantly weakens the effect and could be implemented in newspaper’s comments sections to encourage conversation without compromising their product.

Scheufele pointed to the anti-vaccination debacle as an example of a debate that might come up in his field of study. He said people who believe vaccines cause autism refuse to vaccinate their children. Although only a select group of people may elect against vaccinating themselves or their children, their actions increase the chances of everyone else getting sick and disease being passed around, he said. In this way, Scheufele said he believes scientific moral questions are “more important” and “more interesting” to study.

“In many ways scientific issues are much more important and much more interesting to study because it’s not just ideology,” Scheufele said. “It has impacts on how our markets behave and how our politics behave.”

In 2010, Craig Venter “jump started life” by taking synthetic genome, putting it in to a bacterial cell and growing it, Scheufele said.

The goal is for five to 10 years from now, scientists will be able to write human genome from scratch, he said. Although it may seem far-fetched, writing a human genome and manipulating genetics will happen, the question is how society will react when it does, Scheufele said.

“The question is not ‘Will scientists be able to do this?’ because they will. The questions are ‘Should we do this?’ ‘What are the societal implications?’ ‘Can a rich couple grow their own kid?’ ‘Can I change how intelligent that kid is going to be?’ ‘What gender the kid will be?'” Scheufele said. “[Researching these questions is] the challenge and the exciting part from our research.”