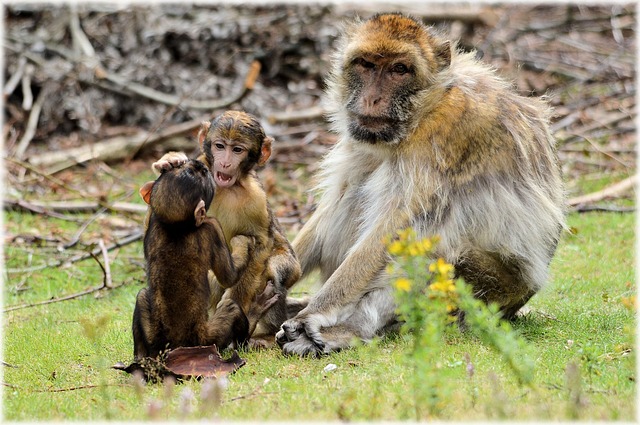 A University of Wisconsin study on anxiety using rhesus macaque monkeys will no longer involve separating the babies from their mothers.

Researchers found that monkeys raised without their mothers were less anxious, thus negating the point of maternal deprivation in the experimental procedure, Eric Sandgren, director of the Research Animal Resources Center, said.

The study, conducted by psychiatric professor Ned Kalin, previously involved exposing the baby monkeys to a number of stressors, including maternal deprivation, then euthanizing the monkeys after one year to study their brains, Hannah West, executive director of Alliance for Animals and the Environment, said.

The statement that maternal deprivation would no longer be an aspect of the experiment was confirmed last week, though the new research protocol has not yet been released.

Tests to measure the level of stress include measuring how long a monkey will freeze when a human enters a room and how long it will take a monkey to reach for a treat placed over a snake enclosure, Sandgren said.

“You’re looking to measure the animal’s reaction in situations that are stressful,” Sandgren said. “The same kinds of things are done in humans to assess the level of stress.”

Sujatha Ramakrishna, a pediatric psychiatrist, works with children who have anxiety disorders and is outspoken against Kalin’s experiments. She said she believes the experiments are not an appropriate comparison to disorders in children.

The Animal League Defense Fund filed a lawsuit against UW which focuses on the approval process and records of the experiment that is said to be withheld, Kelsey Eberly, lead attorney in the lawsuit, said.

“We are committed to openness and we will continue to fight for complete transparency in how taxpayer dollars are used to support invasive animal research,” Eberly said.

Kalin’s research has stirred dispute, with a petition against the study acquiring almost 400,000 signatures, Eberly said.

The maternal deprivation aspect of Kalin’s research has caused many people to oppose it, West said.

“There’s something about primates that we can relate to that reminds people to get in touch with their sense of compassion and view these animals as animals rather than a means to an end,” West said.

The experiments on the rhesus macaques identify chemical differences in the brains of anxious monkeys and those who are not anxious, Sandgren said. This will aid the development of more effective medicines, he said.

Several million people in the U.S. alone suffer from anxiety and depression without getting help at all, Sandgren said. He said just one-third of people who are depressed are treated effectively with the correct medications and therapies.

Observing anxiety in baby monkeys is vastly different from the process of diagnosing a child with an anxiety disorder, Ramakrishna said.

“You can’t ask a monkey ‘how are you feeling?’” Ramakrishna said. “The monkey model is not an accurate representation of anxiety disorders in children.”