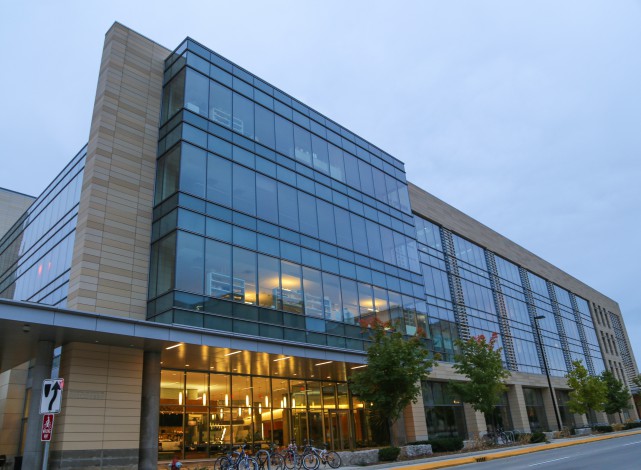 While the University of Wisconsin recently ranked sixth among 100 universities for the number of patents issued in 2013, bringing more of these patents to market remains a challenge.

While the university ranks lower in patents brought to commercialization, WARF did collect over $94 million in royalties from patents, WARF spokesperson Ann Muehl said in an email to The Badger Herald.

Michael Falk, general legal counsel for WARF, noted the difficulties for Madison compared to Massachusetts and California but emphasized that UW is performing well in commercialization.

“I think it is true that in Madison it’s more difficult for people who want to start a company to sometimes find the management talent and the money to do so, and it’s easier to do that in Boston or in Palo Alto, but I don’t think we have trouble commercializing technology,” Falk said. “We have lots of licenses.”

To help address the difficulties associated with commercializing university patents, Discovery to Product – a new partnership between UW and WARF created last year – aims to connect university inventors with outside licensing partners and resources.

John Biondi, the D2P director, said obtaining the necessary funds on the road to patent commercialization can often be an obstacle in Wisconsin.

He said D2P looks to provide guidance for technologies at the stage where they are proven to work but haven’t been connected with a customer segment or market. D2P chooses to help develop technologies hitting on significant financial and social issues, he said.

Rep. Chris Taylor, D-Madison, weighed in on the economic benefit businesses connected with UW patent innovation provide for the state.

“A huge percentage of jobs created in Wisconsin are connected to the university, so it’s an economic win when you invest in the university, and it’s a win for our kids, who are going to have more job opportunities because of the research and innovation happening,” she said.

Biondi said most innovators on campus are researchers who haven’t done the work to tailor their inventions to a specific market.

D2P provides patents hitting on significant financial and social issues with market advice, making it easier for them to survive outside of the university environment and receive equity funding or a licensing partner, he said.

According to Biondi, D2P took in 172 submissions and decided to fund 15 of them. Ten of the projects are on track to commercialization, eight of which are poised to become startups. D2P has been working with the project teams since early September and put them through a ten week start-up workshop program, he said.

“D2P fills this gap that hasn’t been filled before of providing market de-risking help. We’re hopefully the last money and the last help these projects get before they become commercial,” Biondi said.