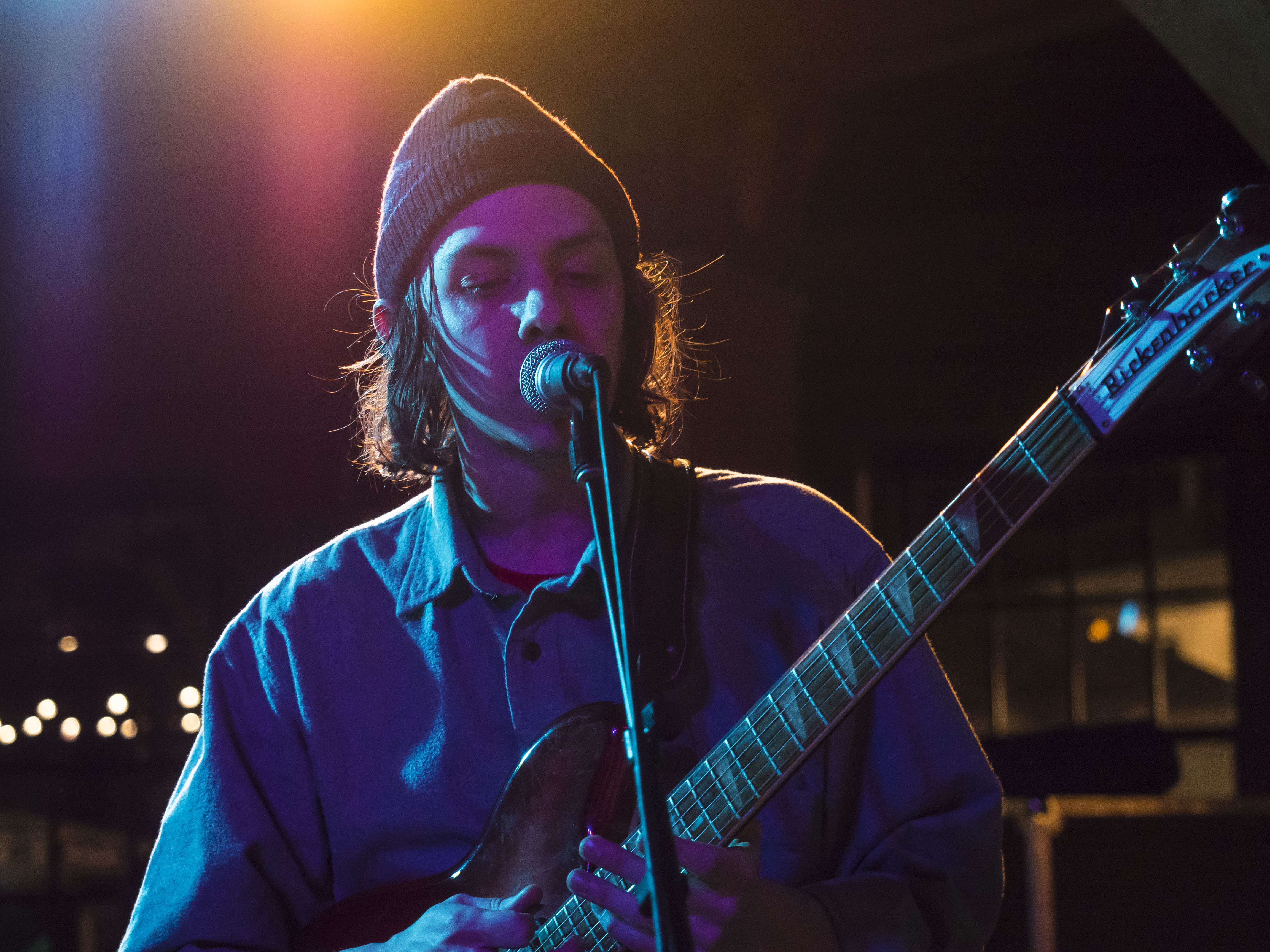 The show started with a short set by hometown heroes Trophy Dad, who have played with Palm in Madison before. The set started with three back-to-back songs, showcasing the band’s impressive instrumentals, vocals and energy.

Though the crowd received Trophy Dad with less exuberant energy than is normally seen at their DIY basement shows, the crowd was welcoming to the familiar group. As always, Trophy Dad ended with the song “You Never Responded,” catching slightly fewer people off guard with front-woman Abby Sherman’s bone-rattling scream.

Next, Palm, a Philly-based band touring with LVL UP, stole the show, simultaneously captivating and blowing the minds of everyone in the audience. Upon first listening to Palm recordings, you will notice the high level of rhythmic complexity their songs possess. 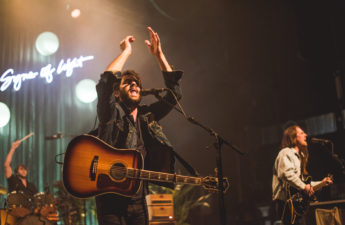 The Head and the Heart, Whitney brought concert to die forOrb lights, plants and a Wisconsin hockey jersey brought The Orpheum stage to light this week. But more so than Read…

If you have not heard Palm’s indie rock music before, it can be described as heavy, experimental and rhythmic. Imagine the experimental sound and weirdness of the Dirty Projectors, but with more layers of tasteful noise and rhythmic complexity.

After each song, affirming words and choked sobs of appreciation were heard from the many audience members who came out specifically to see Palm. Those who did not come into the performance with any expectations were looking at each other with wide-eyed bewilderment.

When asked how he was feeling after the song “Crank,” Grayson Glazer, a student at Edgewood College, was only able to give a one word response: “enveloped.”

To understand the perplexity of their songs and the sporadic rhythms that each band member contributes to their layered sound, I was able to gain some insight to the songwriting process from Eve Alpert (vocals/guitar) and Gerasimo Livitsanos (bass) after the show.

The songs are completely collaborative, and each member usually starts with one rhythm and then the other members slowly add to and build off of it by playing the rhythm over and over again.

Livitsanos, who sported a slightly off-center mustache, said he works with Hugo Stanley (drums), who brought some of the most involved drumming you have ever seen in indie rock, to coordinate the songs with a mix of practiced intention and improvisation. Alpert said no one in the band is formally trained in music, and she never learned scales or real chord progressions.

Alpert and Kurt Kasra (vocals/guitar) took turns singing lead, often layering their voices and guitars simultaneously. For the guitar geeks, Alpert and Kasra used a plethora of pedals for unique distortions, constantly turning them on and off for as little as a measure or even a single note. 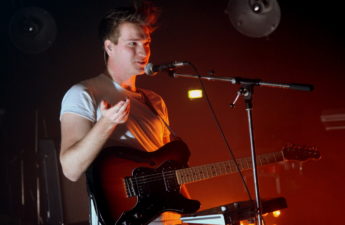 Gr8 Unknowns: Fyfe brings heavy beats, velvety-smooth voiceGreetings, loved ones. Comin’ at you hot with another Gr8 Unknowns. This week I provide for you Fyfe, a man Read… 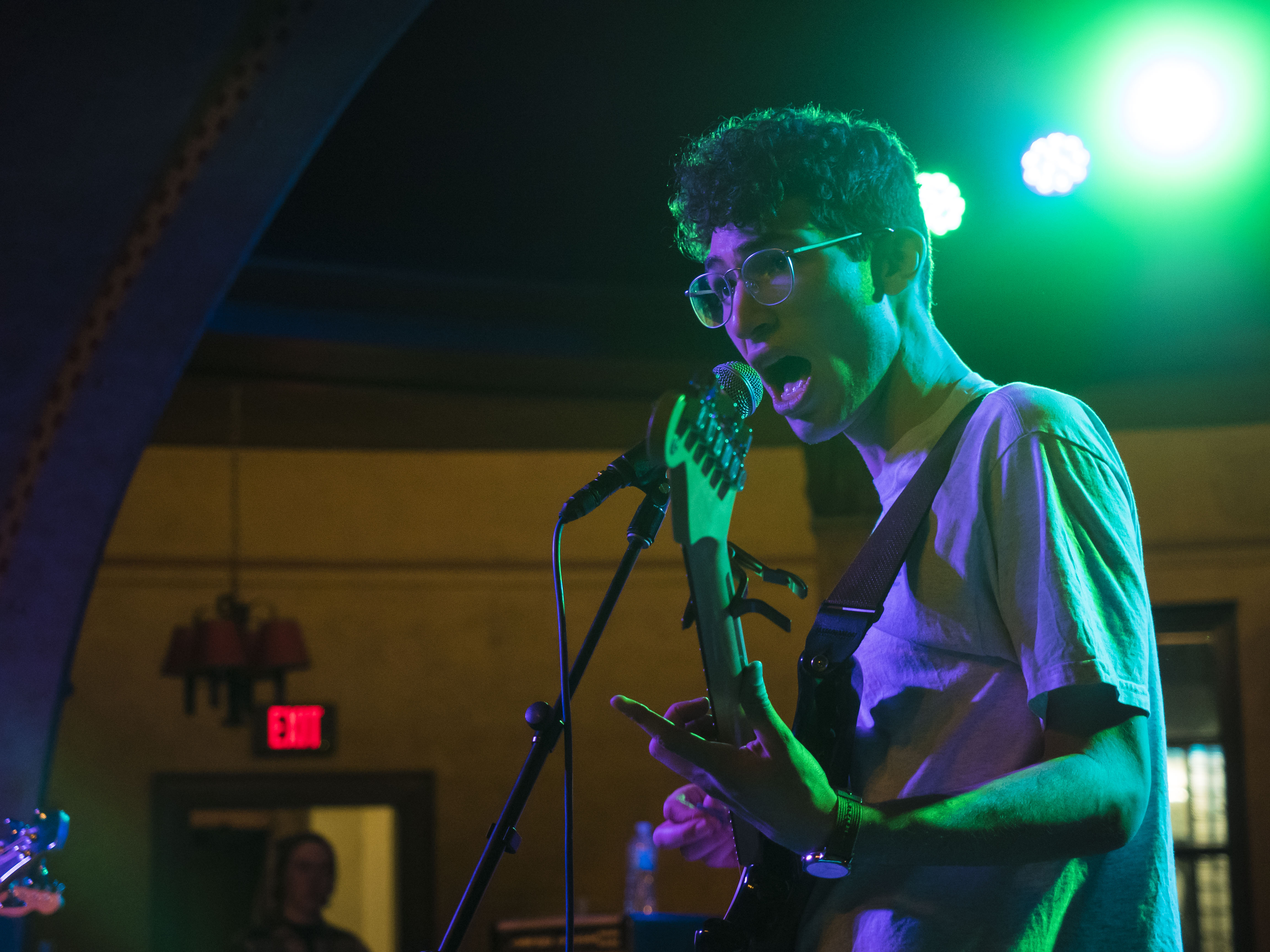 Finally, the headliner of the night, LVL UP, took the stage. The band is a four-piece group that uniquely features both guitarists and the bassist as lead singers on different songs. But one may not notice the difference when listening to their recordings.

LVL UP’s lo-fi sound was intentionally muddled and noisy, pushing the vocals lower on the hierarchy of sounds, to a level where only audience members well-versed in the band’s lyrics could understand.

But this sound presented itself as a perfectly loud wall that emphasized the intensity the band is known for, getting the heads of the mellow audience to thrash around a little more than during the previous two acts.

Overall, the Rathskeller’s Sunday night show brought a unique collection of artists to the stage. Though most came to see either Trophy Dad or LVL UP’s set, listeners were unexpectedly blown away by Palm and their unconventional mastery of rhythm.