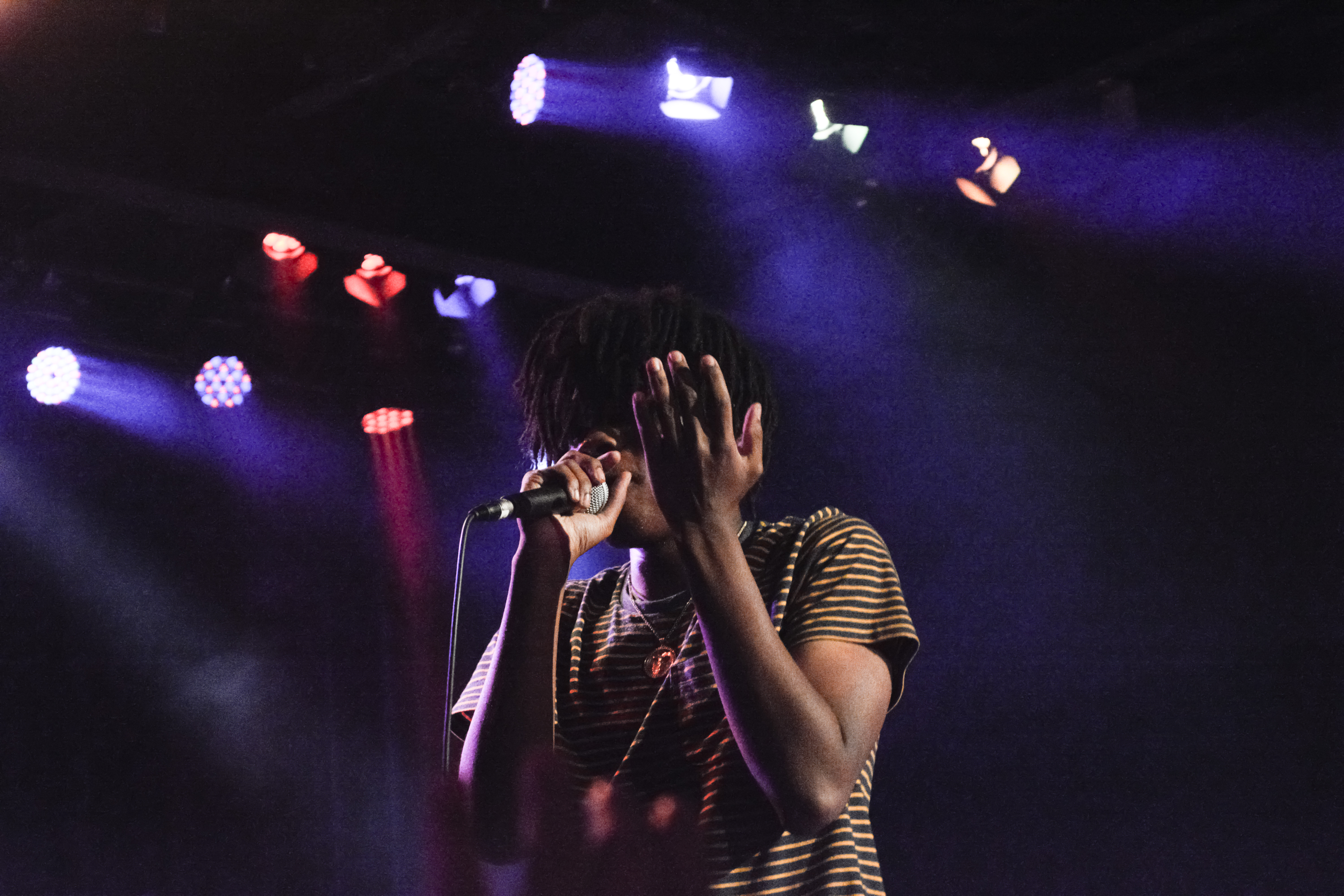 The Trapo concert Sunday felt like an unstable mix between a championship parade and a family reunion.

At the Majestic, the hometown hero made his grand return to the 608 as the conclusion of his first-ever national tour. With his actual family in attendance, the same excitement and buzz that circulates any concert was present, but here it was more genuine.

The crowd, made up mostly of college and highschool kids, was there to see Trapo, not just go to a concert that he happened to be headlining.

Local artists Ra’Shaun and Trebino, Minneapolis-transplant and EMMIE-featured CRASHprez and Chicagoan Max Wonders were all tapped to set the scene of the show. Like any great openers do, however, they ended up creating different worlds all together.

Trebino and Ra’Shaun opened up the show with energy typically uncharacteristic of lead-off men. They greeted the crowd with crazy energy, and had people dancing on stage before the clock even struck 8:30 p.m.

Though he was more chipper than usual, CRASHprez’s performance was permeated by a potent blend of anxieties and anger, ranging from the recent election of Donald Trump to the stark situation many of his friends, who are recent college graduates, have of “not knowing the fuck what to do.”

But it’s not like these moments of negative emotions disrupted the optimistic vibe at the show. If anything, it made the celebration of the self feel that much more necessary to help in coping with difficulties he presented.

The highlight of his performance was“ILLEGAL,” which demonstrates fully CRASHprez’s ability to seamlessly alternate between numb, cynical observer to passionate, involved protester. 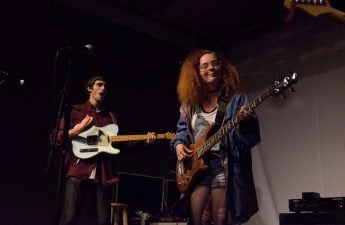 Next up was Max Wonders. Performing for the first time in Madison, it’s possible not many in the crowd knew what to expect of him. When he came on stage, introducing himself casually, it’s possible he didn’t either.

After a few songs, however, that initial unfamiliarity evaporated, and the crowd began to accept Wonders like he was one of Madison’s own.

The crowd was entranced by Wonders, whose passion was boundless. Telling the audience he felt closer to them than his “cousins, who aren’t really [his] cousins,” Wonders used this proximity as fuel for his emphatic song performances.

His performance of “Rocket Ships” was jaw-dropping, especially when he sang large parts of it a capella.

The crowd tried to get on the same energy level as him, but it was impossible because he had blasted off into space.

Hip-hop a threat? Local organization, professor hope to uncover truth once and for allDespite Madison’s complicated past with hip-hop and those who make it, the 608’s latest crop of artists have potential to Read…

“That shit snapped!,” emoted TreyOG, the DJ for the evening and a close friend of Trapo’s, breaking the cool, detached persona he donned for most of the concert.

As members of Trapo’s live band entered the stage, TreyOG warmed up the crowd and the band members with some well-curated “Trap40.” This bloomed the crowd’s excitement into a beautiful carnivorous plant, ready to devour the tasty tunes Trapo had in store.

Entering to raucous applause, Trapo’s presence on stage magnified the deeply symbolic aura that persisted throughout the entirety of the performance from the moment the doors opened all the way to the last note heard.

No one was more =aware of the event’s significance than Trapo himself, as the event signified not only a personal victory, but a victory for all of Madison’s local artists — something he made sure to shout out.

True to the concert’s name, Trapo performed his second LP Shade Trees cover to cover, sprinkling some tracks from his debut LP She as an epic cherry on top of the show.

While the album itself has an organic, natural quality to it, it fully came to life when performed live.

The addition of a live band for some of the songs was crucial in this. The songs merged together while also standing out like different branches on a tree that can bloom every type of fruit imaginable.

This isn’t even to mention Trapo’s vocals. His awareness of the significance of the event gave his unique blend of rap-singing an additional level of emotion and agedness. 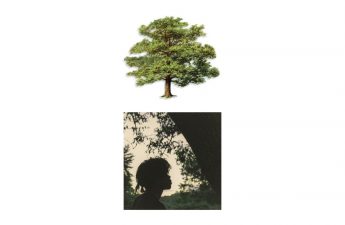 608 Release: Trapo flashes versatility on new LP ‘Shade Trees’Out of all the talent among Madison’s pool of artists, few, if any, feel like more of a safe bet for Read…

The underlying emotions of each track evolved like a Pokémon when performed live. The confidence on “Can’t Stop Me” turned into swagger, the incredulity on “Oceans” into sheer disbelief, the quiet introspection on “Youth” into sagely contemplation, and so on and so forth.

Throughout the concert Trapo faithfully thanked everyone, from the band, to his friends, to his family and, most frequently, his fans. One could hear the sincerity in his voice as he recounted being so anxious that no one would show up, that Madison had merely feigned interest and fandom in him.

Trapo left the crowd with “Chicago,” from She, which, aside from being an amazing track, was a fitting ending thematically. On it, he croons “I’m leaving tomorrow,” in reference to leaving the titular city, but it felt like this time he might have meant leaving Madison to go to Chicago, or some other big city, to do bigger and better things.

It’s bittersweet, but Trapo deserves it. For now, however, let’s just hope that tomorrow never comes.