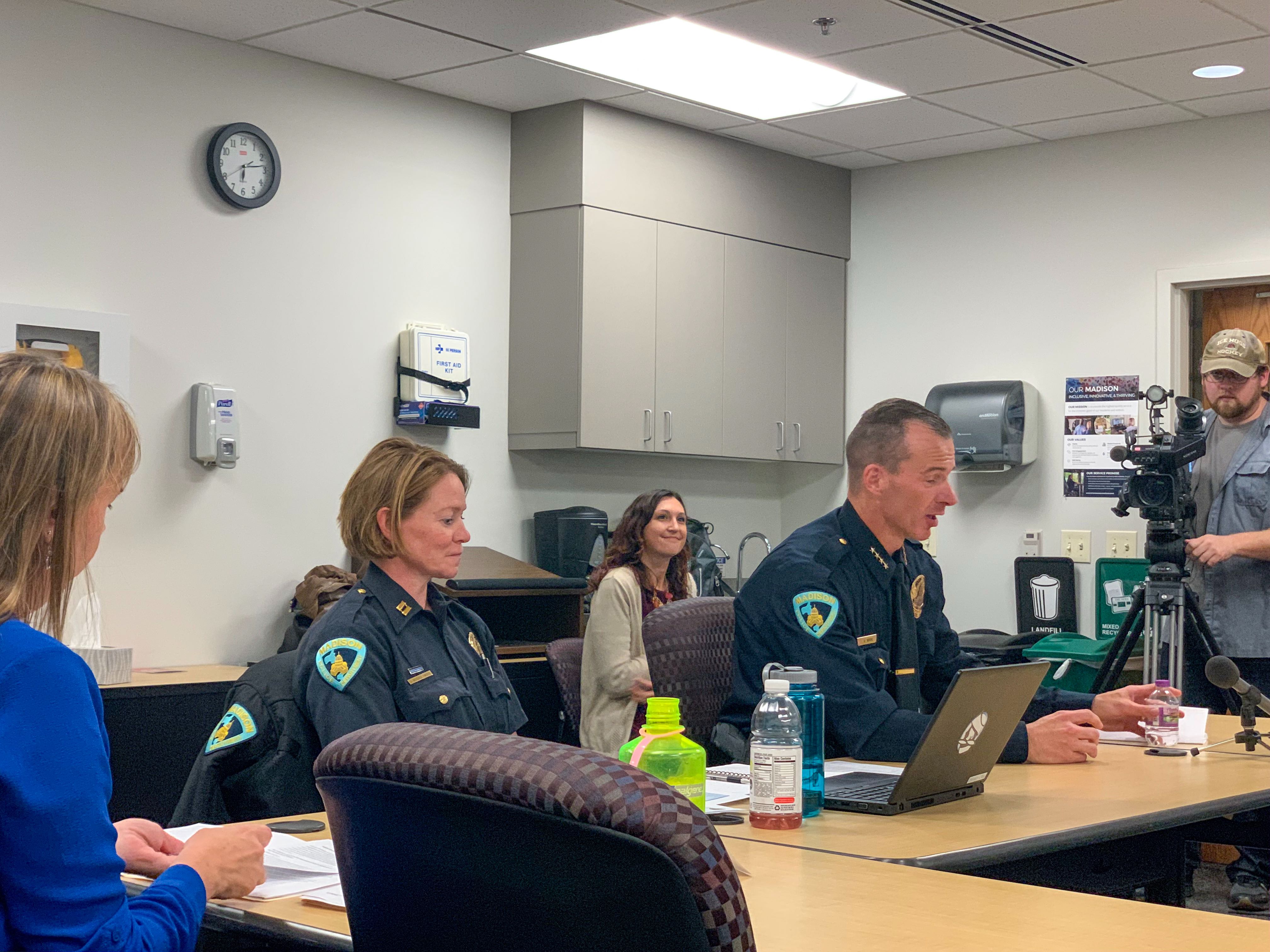 The Police and Fire Commission discussed implementing rule 2C, which allows the commission to appoint a department officer to act as chief, during a meeting Monday night.

Victor Wahl is currently serving as acting chief. Wahl began working with the Madison Police Department in 1991, and shortly after, Wahl began attending law school part time while he worked the night shift. Wahl has continued to keep his law license up to the State Bar.

Wahl said he plans on ensuring MPD continues to serve the Madison community.

“I think certainly it’s important for me to instill a sense of consistency and continuity both internally and to the community, that you know the lights are still on and trains are still running on time,” Wahl said.

Wahl has focused on several areas, including staffing and pushing for less lethal technology during his time as a lieutenant. Wahl said Madison was “ahead of the curve” in the implementation of tasers.

Wahl said during his time as acting chief he hopes to maintain some consistency while forging ahead. Wahl said he plans on not only getting the department through this transition period of hiring a new chief, but will be working on the results of the Internal Investigation report released in June.

“We’re still going to be delivering quality service and you know, based on my experience, I feel very comfortable running the department and the operations of the department,” Wahl said, “I also think, and this was guidance I had from others who’ve been in this exact position is, you know, you can’t just tread water.”

Wahl said he will not be applying for the permanent position of Chief of Police once the application becomes available, as he does not want to go through the process of moving again.

Commissioner Trent Jackson said he was very impressed with Wahl’s file and asked why Wahl would not take the position.

MPD asks for help in identifying Langdon Street burglarA man broke into a Langdon Street apartment and stole a gaming system and television early in the morning Sept. Read…

Jackson said he would give Wahl some “wiggle room” to change his mind.

Going forward, the commission may have to broaden their search beyond Madison, as the other Assistant Chiefs have already declined the position.