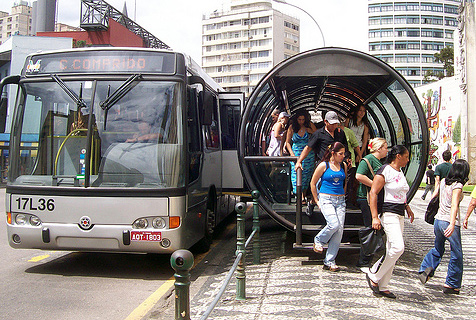 As other cities have utilized bus rapid transit, a faster way for citizens to get around the city, Madison looks to add this new transportation in the next few years.

According to Charles Kamp, the Metro Transit general manager, riders will pay their bus fare ahead of time, and combined with larger buses, dedicated traffic lanes and buses having priority at traffic stops, the system will be faster and easier than the current metro system.

Madison is a fast-growing city, especially in recent years. According to Kristopher Olds, associate professor in the department of geography at the University of Wisconsin, gentrification has slowly begun to impact Madison for many years.

Olds explained there are a lot more job opportunities now than just a few years ago. The city continues to develop more housing and more people are moving here, but the lower-income individuals (most often minorities) who can no longer afford the high cost of living are forced to reside on the outskirts where the cost of living is less expensive.

“It also deals with equity issues because, unlike places like Detroit and Chicago where the wealth is in the suburbs, Madison has a very strong downtown and a lot of individuals of color live on the periphery and can’t get to jobs in the city,” Kamp said. “The bus rapid transit system will get the people living on the periphery to and from their jobs faster.”

Both Kamp and the mayor agree that, though the project will be costly, it will prove far less expensive than if the city were to implement more traffic lanes to keep up with the growing population in Madison.

According to the City of Madison’s website, the federal government will fund about half of the project, about 100 million of the 200 million dollars necessary. The remaining funds will come from other grants and partnerships.

“Even though federal funding has been tough, the federal government has prioritized rapid transit because it’s the best place to spend the funding,” Kamp said. “It’s a very cost-effective way in communities like Madison to move the most people.” 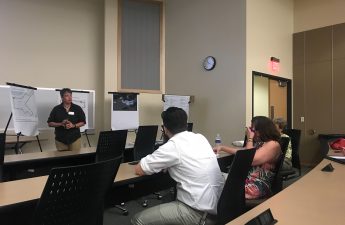 Not only will the MetroForward benefit Madison’s community members, it will also benefit the environment Kamp argued. He estimated “for every 40 transit customers, we have 30 that are taking their cars off the road to ride the rapid transit instead.”