Wisconsin Republicans lawmakers have proposed legislation that could restrict University of Wisconsin faculty from working with institutions like Planned Parenthood.

The bill, proposed March 3, would prohibit any UW or UW Hospitals and Clinics Authority employees from performing abortions, providing or receiving training in performing abortions outside of a hospital setting and providing any services in private facilities where abortions are performed, according to a statement from the Legislative Reference Bureau.

According to the Legislative Reference Bureau, the proposed bill would also prohibit UW and UW HCA from using any resources to assist in performing abortions through contracts with other healthcare facilities. 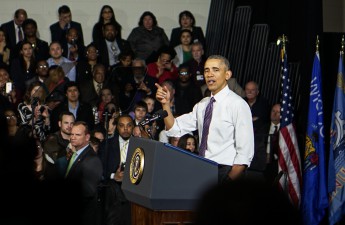 This bill is built upon a current state statute that prohibits UW and UW HCA from using any state or UW HCA funds to perform an abortion.

Such a bill would directly affect UW Health Services, specifically the obstetrics and gynecology department,  UW Health CEO Alan Kaplan said in an email to The Badger Herald.

In 2012, UW School of Medicine and Public Health and Planned Parenthood of Wisconsin enacted a partnership that allowed medical residents to receive training in performing abortions at Madison-area Planned Parenthood facilities. This contract is open for renewal every year, Kaplan said.

Dean of UW School of Medicine and Public Health Robert Golden said the loss of such a program would have major consequences for the school’s national accreditation.

“This proposal would have disastrous consequences as it will impair our ability to maintain the national accreditation for our OB-GYN residency training program, threatening to shut down our capacity to train future OB-GYN physicians,” Golden said. 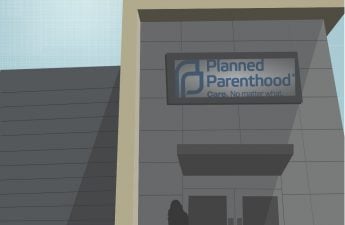 Kaplan said the Accreditation Council for Graduate Medical Education certifies the OB-GYN training program. For UW HCA to maintain this title, the OB-GYN residency program must provide training or access to training in the provision of abortions.

OB-GYN residents are not required to participate in this training with Planned Parenthood, Golden said. But it is still an option.

Rep. Andre Jacque, R-De Pere, a proponent of this bill, rebutted the insinuation that UW HCA’s accreditation would diminish. He referenced multiple articles to support his claim.

Jacque quoted a 2013 article from the Chronicle of Higher Education that cited Dr. Doug Laube, a UW School of Medicine professor.

“In the third year, when students make rounds with physicians, get hands-on training, and decide what kind of doctors they want to be, only a third of them get lectures on abortion,” Jaque said, quoting the article.  “Slightly less than half [of third-year students] are offered some sort of clinical experience.”

Jacque referenced a 2005 American Journal of Obstetric and Gynecology survey examining 78 accredited U.S. medical schools. The schools reported 17 percent of clerkship directors indicated no formal education about abortion either in the preclinical or clinical years.

Among third-year OB-GYN residents, 23 percent reported no formal education about abortions. Furthermore, 45 percent of third-year residents were offered a clinical experience but most did not participate.

Arizona has a statutory prohibition very similar to the proposed bill, and states no public or state funds can be used for performing an abortion unless it is necessary to save the life of the woman, Jacque said.

“Arizona’s two medical schools have not lost their accreditation, despite the same previous claims of such risks,” Jacque said.

The proposed bill would prohibit UW physicians from training residents outside a hospital, but according to UW Health, elective abortions are not performed in their own facilities, Golden said.

For residents to have the opportunities to train, they must do so at alternative locations like Planned Parenthood, Kaplan said.

“Failure to offer that training to residents will place the accreditation of the entire program at risk and endanger the future supply of OB-GYN physicians to practice in Wisconsin,” Kaplan said.

Planned Parenthood of Wisconsin declined to comment on the bill.